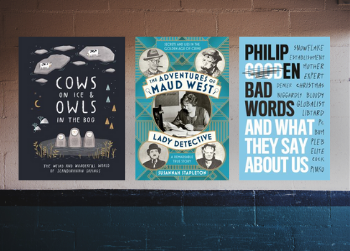 Our recent pick for popular new books this month is as diverse as having books on detective work, the ISIS attack on Charlie Hebdo, an analysis on the use of bad words in the English language, the detrimental side of beauty and, of course, the hot topic of climate change and how to try and slow it down.

The adventures of Maud West, lady detective : secrets and lies in the golden age of crime / Stapleton, Susannah
“Maud West ran her detective agency in London for more than thirty years, having starting sleuthing on behalf of society’s finest in 1905. Her exploits grabbed headlines throughout the world but, beneath the public persona, she was forced to hide vital aspects of her own identity in order to thrive in a class-obsessed and male-dominated world. And – as Susannah Stapleton reveals – she was a most unreliable witness to her own life. Interweaving tales from Maud West’s own ‘casebook’ with social history and extensive original research, Stapleton investigates the stories Maud West told about herself in a quest to uncover the truth.” (adapted from Catalogue)

Disturbance / Lançon, Philippe
“Paris, January 7, 2015. Two terrorists who claim allegiance to ISIS attack the satirical weekly Charlie Hebdo. The event causes untold pain to the victims and their families, prompts a global solidarity movement, and ignites a fierce debate over press freedoms and the role of satire today. Philippe Lançon, a journalist, author, and a weekly contributor to Charlie Hebdo is gravely wounded in the attack. This intense life experience upends his relationship to the world, to writing, to reading, to love and to friendship. Disturbance is a book about survival, resilience, and reconstruction, about transformation, about one man’s shifting relationship to time, to writing and journalism, to truth, and to his own body.” (adapted from Catalogue)

Bad words and what they tell us / Gooden, Philip
“Philip Gooden shows how and why taboo words and contentious expressions, including those four-letter ones, were first used in English. He discusses the ways such words have changed over the years and explores how a single syllable or two may possess an almost magical power to offend, distress or infuriate. Bad Words investigates the most controversial and provocative words in the English language in a way that is both anecdotal and analytical.” (adapted from Catalogue) 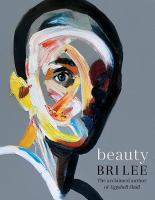 Beauty / Lee, Bri
“In recent decades women have made momentous progress fighting the patriarchy, yet they are held to ever-stricter, more punishing physical standards. Self-worth still plummets and eating disorders are more deadly for how easily they are dismissed. In Beauty Bri Lee explores our obsession with thinness and asks how an intrinsically unattainable standard of physical ‘perfection’ has become so crucial to so many. What happens if you try to reach that impossible goal? Bri did try, and Beauty is what she learned from that battle: a gripping and intelligent rejection of an ideal that diminishes us all.” (adapted from Catalogue)

Cows on ice & owls in the bog : the weird and wonderful world of Scandinavian sayings / Montnémery, Katarina
“Scandinavians are cooler, sexier, and more stylish than the rest of us. They have a higher standard of living, greater economic opportunity and equality, the world’s best restaurants, and moody TV dramas involving murders and sweaters. But did you know, amidst the obsession with hygge, IKEA, and lagom, that Scandinavian sayings are absolutely BIZARRE? Take the Swedish ‘Skita i det bl a sk pet’, which roughly translates as ‘You’ve done a poop in the blue locker’.” (adapted from Catalogue)

Good economics for hard times : better answers to our biggest problems / Banerjee, Abhijit V.
“Figuring out how to deal with today’s critical economic problems is perhaps the great challenge of our time. Immigration and inequality, globalization and technological disruption, slowing growth and accelerating climate change–these are sources of great anxiety across the world. The resources to address these challenges are there–what we lack are ideas that will help us jump the wall of disagreement and distrust that divides us. If we succeed, history will remember our era with gratitude; if we fail, the potential losses are incalculable.” (adapted from Catalogue)

Ghostland : in search of a haunted country / Parnell, Edward
“In his late thirties, Edward Parnell found himself trapped in the recurring nightmare of a family tragedy. For comfort, he turned to his bookshelves, back to the ghost stories that obsessed him as a boy, and to the writers through the ages who have attempted to confront what comes after death. Ghostland is Parnell’s moving exploration of what has haunted our writers and artists – and what is haunting him. It is a unique and elegiac meditation on grief, memory and longing, and of the redemptive power of stories and nature.” (adapted from Catalogue)

After Geoengineering: Climate Tragedy, Repair, And Restoration [hardback] / Buck, Holly Jean
“As the human species hurtles ever faster towards its own extinction geoengineering as a temporary fix to buy time for carbon removal, is a seductive idea. Can these technologies and practices be used as technologies of repair, to bring carbon levels back down to pre-industrial levels? Rejecting the idea that geoengineering is some kind of easy work-around, Holly Buck outlines the kind of social transformation that would be necessary to enact a programme of geoengineering in the first place.” (adapted from Catalogue)

Is there still sex in the city? / Bushnell, Candace
“The New York Times-bestselling author of Sex and the City takes a wry look at sex, dating, and friendship after age 50, with a smart, lively satirical story of marriage and children, divorce and bereavement, and the very real pressures on women to maintain their youth and have it all.” (Catalogue)

Losing Earth : a recent history / Rich, Nathaniel
“The most urgent story of our times, brilliantly reframed, beautifully told: how we had the chance to stop climate change, and failed. By 1979, we knew all that we know now about the science of climate change–what was happening, why it was happening, and how to stop it. Over the next ten years, we had the very real opportunity to stop it. Obviously, we failed. It is not just an agonizing revelation of historical missed opportunities, but a clear-eyed and eloquent assessment of how we got to now, and what we can and must do before it’s truly too late.” (adapted from Catalogue)