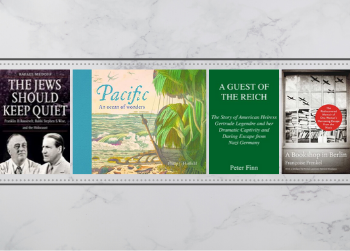 This month’s picks feature Nazis in just under half of the selections, which seems slightly out of proportion but you know what you’re getting with this column by now. Wealthy heiress Gertrude Legendre escapes from them in A Guest of the Reich, following in the footsteps of Françoise Frenkel who did the same thing a few years earlier in A Bookshop in Berlin. Against this backdrop, Rafael Medoff looks into the policies of the United States regarding refugees during this time in The Jews Should Keep Quiet and the impact that had on the situation in Europe. Elsewhere, Robert W. Harms’s Land of Tears looks at the end of the 19th century in Africa as foreign powers and traders descended on the region.

All the president’s women : Donald Trump and the making of a predator / Levine, Barry
“Based on groundbreaking original reporting, an extensive new look at Donald Trump’s relationships with women, revealing new accusations of sexual misconduct, exploring the roots of his alleged predatory behaviour, and illustrating how Trump’s presidency has helped catalyse the #MeToo movement and revitalise women’s activism.” (adapted from Catalogue)

Land of tears : the exploration and exploitation of equatorial Africa / Harms, Robert W.
“In just three decades at the end of the nineteenth century, the heart of Africa was utterly transformed. Virtually closed to outsiders for centuries, by the early 1900s the rainforest of the Congo River basin was one of the most brutally exploited places on earth. In Land of Tears, historian Robert Harms reconstructs the chaotic process by which this happened.” (adapted from Catalogue)

A guest of the Reich : the story of American heiress Gertrude Legendre’s dramatic captivity and escape from Nazi Germany / Finn, Peter
“Gertrude ‘Gertie’ Legendre was a big-game hunter from a wealthy industrial family who lived a charmed life in Jazz Age America. When the Japanese attacked Pearl Harbor, she joined the OSS, the wartime spy organization that preceded the CIA. First in Washington and then in London, some of the most closely-held United States government secrets passed through her hands. In A Guest of the Reich, Peter Finn tells the gripping story of how in 1944, while on leave in liberated Paris, Legendre was captured by the Germans after accidentally crossing the front lines. Subjected to repeated interrogations, including by the Gestapo, Legendre entered a daring game of lies with her captors. The Nazis treated her as a “special prisoner” of the SS and moved her from city to city throughout Germany, where she witnessed the collapse of Hitler’s Reich as no other American did. After six months in captivity, Legendre escaped into Switzerland.” (adapted from Catalogue)

The Jews should keep quiet : Franklin D. Roosevelt, Rabbi Stephen S. Wise, and the Holocaust / Medoff, Rafael
“Based on recently discovered documents, The Jews Should Keep Quiet reassesses the hows and whys behind the Franklin D. Roosevelt administration’s fateful policies during the Holocaust. Rafael Medoff delves into difficult truths: With FDR’s consent, the administration deliberately suppressed European immigration far below the limits set by U.S. law. His administration also refused to admit Jewish refugees to the U.S. Virgin Islands, dismissed proposals to use empty Liberty ships returning from Europe to carry refugees, and rejected pleas to drop bombs on the railways leading to Auschwitz, even while American planes were bombing targets only a few miles away–actions that would not have conflicted with the larger goal of winning the war.” (adapted from Catalogue)

A bookshop in Berlin : the rediscovered memoir of one woman’s harrowing escape from the Nazis / Frenkel, Françoise
“In 1921, Françoise Frenkel–a Jewish woman from Poland–fulfills a dream. She opens La Maison du Livre, Berlin’s first French bookshop, attracting artists and diplomats, celebrities and poets. The shop becomes a haven for intellectual exchange as Nazi ideology begins to poison the culturally rich city. Françoise’s dream finally shatters on Kristallnacht in November 1938, as hundreds of Jewish shops and businesses are destroyed. La Maison du Livre is miraculously spared, but fear of persecution eventually forces Françoise on a desperate, lonely flight to Paris. When the city is bombed, she seeks refuge across southern France, witnessing countless horrors: children torn from their parents, mothers throwing themselves under buses. Secreted away from one safe house to the next, Françoise survives at the heroic hands of strangers risking their lives to protect her.” (adapted from Catalogue) 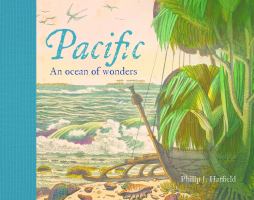 Pacific : an ocean of wonders / Hatfield, Philip J.
“The immense stretch of the Pacific Ocean is inhabited by a diverse array of peoples and cultures bound by a common thread: their relationship with the sea. In this volume, the rich history of the Pacific is explored through specific objects, each one beautifully illustrated, from the earliest human engagement with the Pacific through to the modern day. Entries cover mapping, trade, whaling, flora and fauna, and the myriad vessels used to traverse the ocean. A new look at this fascinating ocean, considering the diversity of culture beyond the familiar viewpoint of colonial history.” (adapted from Catalogue)

For the record / Cameron, David
“The referendum on Britain’s membership of the European Union in 2016 has been one of the most controversial political events of modern times. For the first time, the man who called that vote talks about the decision and its origins, as well as giving a candid account of his time at the top of British politics. David Cameron was Conservative Party leader during the largest financial crash in living memory. The Arab Spring and the Eurozone crisis both started during his first year as prime minister. The backdrop to his time in office included the advent of ISIS, surging migration and a rapidly changing EU.” (adapted from Catalogue)