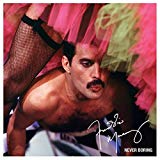 New arrival CDs feature fantastic new albums by some of the biggest names of the industry such as Nick Cave and Coldplay as well as our very own super band Six60. Amazing box-sets also keep coming. They include Freddie Mercury’s Never Boring, which brings together his solo performances for the first time, and 1982 by Fall. Check them out! Ghosteen / Cave, Nick
“Two CDs. ‘The songs on the first album are the children. The songs on the second album are their parents. ‘Ghosteen’ is a migrating spirit.’ – Nick Cave. The album was recorded in 2018 and early 2019 at Woodshed in Malibu, Nightbird in Los Angeles, Retreat in Brighton and Candybomber in Berlin.” (adapted from amazon.co.uk) 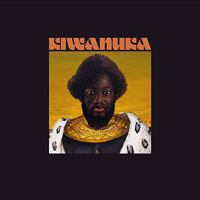 Kiwanuka. / Kiwanuka, Michael
“‘KIWANUKA’ is the follow-up to Michael’s number 1 album, ‘Love & Hate’, released back in July 2016, that resonated broadly both critically and in the public’s affections, netting the British musician his second Mercury Prize nomination and his second and third BRIT nominations too. ‘KIWANUKA’ finds a new assuredness in Michael’s writing, and takes the basic sonic blueprint of that last record to a dizzying new realm.” (adapted from amazon.co.uk) 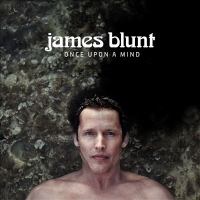 Once upon a mind. / Blunt, James
“After flirting with electronica on his last album (2017’s ‘The Afterlove’), Blunt returns to what he does best on ‘Once Upon a Mind’, writing classic songs that touch both the heart and the head. ‘Once Upon A Mind’ sees Blunt collaborating with a variety of producers such as Steve Robson, Jimmy Hogarth and TMS.” (adapted from amazon.co.uk) Magdalene. / FKA twigs
“Created in a period where her confidence was knocked following heartbreak and laparoscopic surgery, ‘MAGDALENE’ is the sound of twigs reconfiguring, emotionally and physically. As she sings on ‘Mary Magdalene’, the MAGDALENE album track that opened her highly-praised, sold-out live shows earlier in the year, “A woman’s time / A woman’s work / A woman’s time to embrace / She must put herself first”.” (adapted from amazon.co.uk) 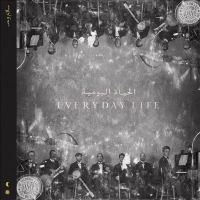 Everyday life. / Coldplay
“‘Everyday Life’ is the eighth studio album by the British rock band, and is an album presented in two halves: ‘Sunrise’ and ‘Sunset’, featuring a stunning array of music, that is sure to surprise and delight their global fanbase.” (adapted from amazon.co.uk) Never boring. / Mercury, Freddie
“The “Never Boring” box set brings together for the first time a specially-curated selection of Freddie Mercury’s music, visuals and written and spoken words. The set reminds us that Freddie was an exceptional singer, songwriter, performer and human being whose special kind of magic is captured in this exceptional collection of his solo work.” (adapted from amazon.co.uk) The complete RCA albums collection. / Simone, Nina
“9CD BOX SET / The Clamshell box contains a 34 page booklet with the story about Nina Simone, beautiful pictures and all the information about the nine CD’s, all from the RCA collection.” (adapted from amazon.co.uk) 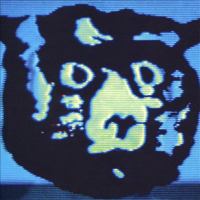 Monster [deluxe]. / R. E. M
“‘Monster’ is indeed R.E.M.’s long-promised “rock” album; it just doesn’t rock in the way one might expect. Instead of R.E.M.’s trademark anthemic bashers, ‘Monster’ offers a set of murky sludge, powered by the heavily distorted and delayed guitar of Peter Buck. Michael Stipe’s vocals have been pushed to the back of the mix, along with Bill Berry’s drums, which accentuates the muscular pulse of Buck’s chords.” (Catalogue) Every move you make : the studio recordings. / Police (Musical group)
“Following the 40th anniversary vinyl box, we present a limited edition 6-CD box set edition, featuring all five studio albums + a bonus disc. Includes an exclusive bonus 12-track disc – ‘Flexible Strategies’ comprised of non-album b-sides (including very rare remix of ‘Truth Hits Everybody’) and remastered at Abbey Road Studios. The collection features 14 top-20 singles, including five number ones! Four of the albums reached number one and went on to sell millions of copies around the world.” (adapted from amazon.co.uk) [1982] / Fall (Musical group)
“1982 was a decisive year for The Fall. Their critically acclaimed album “Hex Enduction Hour” was released in March on Kamera Records, closely followed by “Room To Live” in September. This six-disc boxset brings together those two classic albums alongside a host of John Peel sessions, Kamera singles, live performances and the group’s live album “In A Hole”, recorded during their tour of New Zealand and originally released on Flying Nun Records.” (adapted from amazon.co.uk) 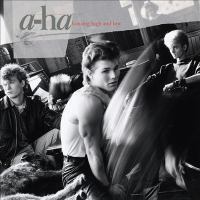 Hunting high and low [4CD]. / a-ha
“Anyone who dismissed a-ha as a one-hit wonder must have missed out on the band’s fine debut, ‘Hunting High and Low’. Though the band spawned many further hits across the rest of the world, “Take on Me” exploded in the States and the group never cracked the top of the charts again. It’s a shame, because the album contains a handful of songs that nearly match the manic energy and emotional crack of its big hit. Further, it’s a cohesive album with smart pace changeups, and it rarely fails to delight or satisfy a listener’s need for a synth pop fix.” (Catalogue)

No other. / Clark, Gene
“Upon its 1974 release, Gene Clark’s ‘No Other’ was rejected by most critics as an exercise in bloated studio excess. It was also ignored by Asylum, that had invested $100,000 in recording it. A considerable sum at the time, it was intended as a double album, but the label refused to release it as such. Ultimately, it proved a commercial failure that literally devastated Clark; he never recovered. Though Clark didn’t live to see it, ‘No Other’ has attained cult status as a visionary recording that employs every available studio means to illustrate the power in Clark’s mercurial songwriting. Clark’s unlikely classic, ‘No Other’ is continually continued rediscovered by succeeding generations.” (Catalogue)