This month’s blog titles featured take a nostalgic look (almost philosophical approach) at what it means to be a sports person, how to eat for performance enhancement, endurance, and a gentler way to approach fitness through Yoga. 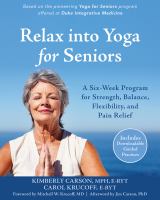 Relax into Yoga for Seniors : a six-week program for strength, balance, flexibility, and pain relief / Carson, Kimberly
“Relax into Yoga for Seniors presents twelve principles of yoga practice for seniors, including those with limited mobility. This evidence-based workbook will guide you safely—step-by-step, and with posture illustrations—on a six-week program for improved balance, flexibility, and overall well-being.”(adapted from Catalogue)

Eat Like an Athlete : boost your energy and performance through nutrition / Austin, Simone
“In Eat Like an Athlete, sports dietitian Simone Austin shares practical tips and suggestions on how to boost your energy and performance through nutrition, derived from her years of experience advising elite athletes. Simone’s hands-on manual allows people of all ages, from weekend warriors to professional players, to give their bodies optimal nourishment for training, competition and recovery.” (adapted from Catalogue)

Endure : mind, body, and the curiously elastic limits of human performance / Hutchinson, Alex
“In Endure Alex Hutchinson, Ph.D., reveals why our individual limits may be determined as much by our head and heart, as by our muscles. An elite distance runner himself, Hutchinson takes us to the forefront of the new sports psychology – brain electrode jolts, computer-based training, subliminal messaging – and presents startling new discoveries enhancing the performance of athletes today, showing us how anyone can utilize these tactics to bolster their own performance – and get the most out of their bodies.” (adapted from Catalogue)

Epic : a 30-year search for the soul of sport / Barnes, Simon
“The greatest sporting moments of the last 30-plus years, as seen through the eyes of Simon Barnes, one of the very best sports writers. This is an autobiography from which the author, award-winning writer Simon Barnes, has been surgically removed. He has reported on six World Cups, seven Olympic Games, cricket on five continents and more than 20 Wimbledons, watching Diego Maradona, Usain Bolt, Sachin Tendulkar and Roger Federer at their peak. This is sport unplugged. Speaking for itself. Allowing the reader to understand sport with more clarity and depth than ever before.”(adapted from Catalogue) 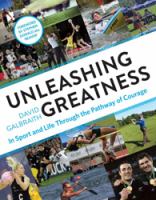 Unleashing Greatness : in sport and life through the pathway of courage / Galbraith, David
“Everyone is capable of greatness sadly, not everybody finds it. Many peoples’ lives are ripped apart by self-doubt and destroyed by fear of failing. This results in never fully unleashing their true selves and always settling for second best in the job they apply for, the course of study they pursue, the person they ask out to coffee or to marry them! What makes it worse is that deep down they know they are capable of so much more and it tears them apart inside! If you are sick and tired of settling for second best or want to achieve the greatness you know is just there in front of you, then this book is for you!”–Back cover.” (adapted from Catalogue)

The Wind at My Back : a cycling life / Maunder, Paul
“A beautifully written exploration of the links between cycling, creativity, and the landscape. In The Wind on Your Back, Maunder takes a journey from the most dense centres of population to the wild places; starting from cycling in a major city, then moving through suburbia, the edgelands at the periphery of the city, then into the managed and pastoral farmland, and beyond to the sublime mountains. Played out against the backdrop of the British countryside, and drawing of elements of psychogeography and human geography, Maunder seeks to understand the way the outside world interacts with the creative mind, and the way our surroundings help to shape who we are.” (adapted from Catalogue)

Rugby : the afterlife : former All Blacks tell their stories / Gray, Wynne
“Way back when there was a clear distinction between work and rugby, great names of the game spent their time working in an office or at a trade or out on the farm, all the while fitting in training and then playing at the weekends. How did a lifetime in rugby protect or prepare them for experiences after the game and how and why did they make the choices they did? Rugby — The Afterlife explores in great detail how a number of All Blacks coped with that transition and came out the other side.” (Catalogue)

Leap In : a woman, some waves and the will to swim / Heminsley, Alexandra
“At once inspiring, hilarious, and honest, Leap In chronicles Alexandra Heminsley’s endeavor to tackle a whole new element, and the ensuing challenges and joys of open water swimming. Alexandra Heminsley thought she could swim. As it turns out, the water is never as frightening once you’re in, and really, everything is better when you remember to exhale.” (adapted from Catalogue) 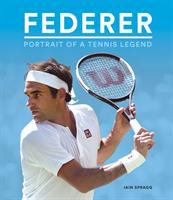 Federer : Portrait of a tennis legend / Spragg, Iain
“This biography, filled with photographs from his sensational career, follows Roger Federer from his first steps in tennis in the junior tournaments right through to the main professional circuit. It is an illustrated biography of a man who has graced the world of tennis for more than two decades, playing with grace, panache, and magnificent sportsmanship. He who has transcended tennis to become one of the greatest sportsmen of the 21st century.” (adapted from Catalogue) 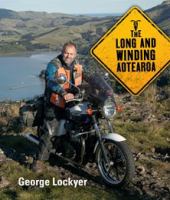 The Long and Winding Aotearoa / Lockyer, G. A.
“Driving a car you’re always on the way to somewhere. On a bike, you’re already there in the landscape, in the moment. And sometimes there’s literally nowhere else you’d rather be. In George Lockyer’s new book, The Long and Winding Aotearoa, we find him riding his Triumph Bonneville around the country, from Kaitaia to Invercargill, and seeing his often humorous take on life from under a crash helmet. On the way round our magnificent country he stops to interview some fascinating characters, all with a story to tell. We meet not just motorcyclists, but a wide variety of kiwis, from craftsmen, artists and firefighters, to rugby coaches, quakers and architects.” (adapted from Catalogue)