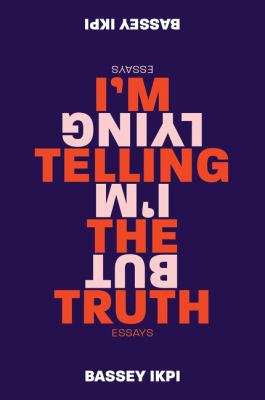 New literature has arrived! Spanning local and international writers, this month we’ve got an abundance of fresh poetry, essays, and short story anthologies. Find out who’s writing what in New Zealand in Fresh Ink, or perhaps delve deep into the intricacies and ambiguities of Shakespeare’s works with This is Shakespeare.

I’m telling the truth, but I’m lying : essays / Ikpi, Bassey
“Having emigrated from Nigeria to America at age four, Ikpi assimilated uneasily but became a spoken word artist with HBO’s Russell Simmons Def Poetry Jam. Strong on the outside but crumbling on the inside, she was eventually hospitalized and diagnosed with Bipolar II. Viscerally raw and honest, the result is an exploration of the stories we tell ourselves to make sense of who we are–and the ways, as honest as we try to be, each of these stories can also be a lie.” (Adapted from Catalogue) 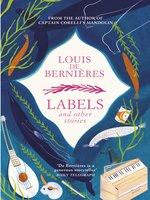 Labels and Other Stories, Louis de Bernières (ebook)
Full of wit, warmth and charm, Louis de Bernières’ Labels and Other Stories features tales from throughout his career as a masterful storyteller and transports us around the globe, from the London Underground to Turkish ruins to the banks of the Amazon. In this worldly and entertaining collection of stories, we are equally enchanted by familiar and fantastical occurrences, by de Bernières’ wry sense of humour and powerful imagination. (Adapted from Overdrive description)

Coventry : essays / Cusk, Rachel
“Lauded for the precision of her prose and the quality of her insight, Cusk is a writer of uncommon brilliance. Coventry encompasses memoir, cultural criticism, and writing about literature, with pieces on family life, gender, and politics. Named for an essay in Granta, this collection is pure Cusk and essential reading for our age: fearless, unrepentantly erudite, and dazzling to behold.” (Adapted from Catalogue)

Fresh ink : a collection of voices from Aotearoa New Zealand, 2019.
“An anthology of short stories, extracts from novels, poetry and artwork, from established and respected New Zealand writers as well as some lively ‘fresh ink’ from previously unpublished literary voices.” (Adapted from Catalogue)

Counting backwards : poems, 1975-2017 / Dunmore, Helen
“Winner of the Costa Book of the Year for her final collection, Inside the Wave, Helen Dunmore was as spellbinding storyteller in her poetry and in her prose.  Counting Backwards is a retrospective covering ten collections written over four decades, bringing together all the poems she included in her earlier selection, Out of the Blue (2001), with all those from her three later collections, Glad of These Times (2007), The Malarkey (2012) and Inside the Wave (2017), along with a number of earlier or previously uncollected poems.” (Catalogue)

This is Shakespeare / Smith, Emma
“This electrifying new book thrives on revealing, not resolving, the ambiguities of Shakespeare’s plays and their changing topicality. It introduces an intellectually, theatrically and ethically exciting writer who engages with intersectionality…  The Shakespeare in this book poses awkward questions rather than offering bland answers, always implicating us in working out what it might mean. This is Shakespeare. And he needs your attention.” (Adapted from Catalogue) 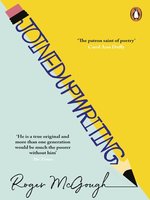 joinedupwriting, Roger McGough (ebook)
For fifty years, Roger McGough has delighted readers with poetry that is at once playful and poignant, intimate and universal. In his latest collection, he explores the whole gamut of the human experience, from forgotten friendships and family life, to the trauma of war and contemporary politics, wittily showing us who we are in all our shades of light and dark. (Overdrive description) 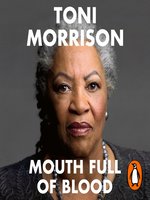 Mouth Full of Blood, Toni Morrison (Audiobook)
Spanning four decades, these essays, speeches are heart-stoppingly introduced by a prayer for the dead of 9/11, a meditation on Martin Luther King and a eulogy for James Baldwin. Morrison’s Nobel lecture, on the power of language, is accompanied by lectures to Amnesty International and the Newspaper Association of America. A Mouth Full of Blood is a powerful, erudite and essential gathering of ideas that speaks to us all. (Adapted from Overdrive description)