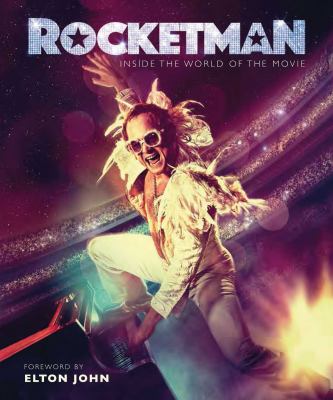 Check out some of these newly catalogued books on Film and TV Shows. They include the amazing looking movie companion book to Elton John’s biopic Rocketman and Game of thrones : the storyboards which definitely impresses all fans of this groundbreaking series. 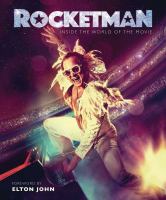 Rocketman : inside the world of the movie
“Rocketman: The Official Movie Companion contains a wealth of amazing photographs from throughout the development and shooting of the movie as well as quotes and interviews from the cast and crew. The book will provide a fascinating insight into how the film was made, including locations, choreography, costumes and – of course – the music. In May 2019, audiences are invited to discover the fantastical story of Sir Elton John’s life, from his yers as a prodigy at the Royal Academy of Music, to global superstar, through his influential and enduring partnership with his songwriting collaborator Bernie Taupin.” (Catalogue)

Becoming Superman : my journey from poverty to Hollywood with stops along the way at murder, madness, mayhem, movie stars, cults, slums, sociopaths, and war crimes / Straczynski, J. Michael. (eBook)
“In this dazzling memoir, the acclaimed writer behind Babylon 5, Sense8, Clint Eastwood’s Changeling, and Marvel’s Thor reveals how the powers of creativity and imagination enabled him to overcome the horrors of his youth in a dysfunctional family haunted by a terrible secret to become one of the most successful writers in Hollywood. For four decades, J. Michael Straczynski has told hundreds of stories and forged multiple careers in movies, television, and comics. Yet there’s one story he’s never told before: his own.” (Catalogue) 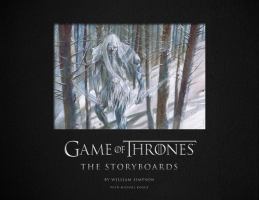 Game of thrones : the storyboards / Simpson, Will
“Go behind the scenes of HBO’s global television phenomenon with Game of Thrones: The Storyboards – an official collection featuring striking storyboard art. In this deluxe art collection, Game of Thrones storyboard artist William Simpson shares the brilliant and painstaking work that is an integral part of assembling each episode of the award-winning series. This unique collection is housed in a finely crafted, deluxe slipcase and is a must-have for all fans of this breathtaking show.” (Catalogue)

I like to watch : arguing my way through the TV revolution / Nussbaum, Emily
(eBook)(eAudiobook)
“A collection of new and previously published essays from The New Yorker‘s Pulitzer Prize-winning television critic.” (Catalogue) 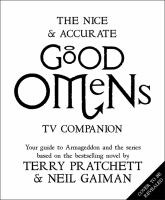 The nice and accurate Good omens TV companion / Whyman, Matt
“The ultimate TV companion book to Good Omens, a massive new television launch on Amazon Prime Video and the BBC for 2019, written and show-run by Neil Gaiman and adapted from the internationally beloved novel by Terry Pratchett and Neil Gaiman. Based on the cult classic novel by Terry Pratchett and Neil Gaiman, Good Omens is one of the most hotly anticipated TV shows of 2019.” (Catalogue) 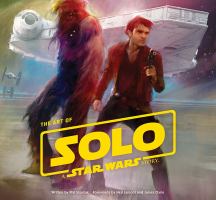 The art of Solo, a Star Wars story / Szostak, Phil
“Examines the development of the fantastic worlds, characters, and creatures of “Solo” through concept art, costume sketches, storyboards, blueprints, and exclusive interviews with the filmmakers.” (Catalogue)

Best.movie.year.ever. : how 1999 blew up the big screen / Raftery, Brian. (eBook)
“From a veteran culture writer and modern movie expert, a celebration and analysis of the movies of 1999–“a terrifically fun snapshot of American film culture on the brink of the Millennium….An absolute must for any movie-lover or pop-culture nut” (Gillian Flynn). In 1999, Hollywood as we know it exploded: Fight Club. The Matrix. Office Space. Election. The Sixth Sense. Being John Malkovich. American Beauty. The Virgin Suicides. Boys Don’t Cry. The Best Man. Three Kings. Magnolia. Those are just some of the landmark titles released in a dizzying movie year. It’s “the complete portrait of what it was like to spend a year inside a movie theater at the best possible moment in time” (Chuck Klosterman).” (Catalogue)