Check out some of these newly catalogued books on popular music, including the unique study of the influence of Beyoncé (Ain’t I a Diva?) and the history of the much-loved pop festival Glastonbury (50 years of Glastonbury). Also, two photographic books from Aotearoa music; Where’s My Room and Shhh … the music is talking should not be missed. 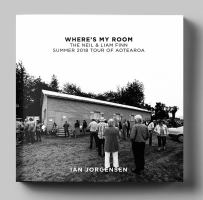 Shhh … the music is talking / Hallag, Alexander
“A photographic record by Alexander Hallag. It shows the here and now of musicians, who are deeply passionate about creating the unique sound and shape that is New Zealand music. This book features exclusive never before seen photos of some of New Zealand’s contemporary top selling recording artists and newer recording artists that have also made an impact locally.” (Catalogue)

A fabulous creation : how the LP saved our lives / Hepworth, David
(eBook) (eAudiobook)
“The era of the LP began in 1967, with ‘Sgt Pepper?; The Beatles didn’t just collect together a bunch of songs, they Made An Album. Henceforth, everybody else wanted to Make An Album. This is the story of that time; it takes us from recording studios where musicians were doing things that had never been done before to the sparsely furnished apartments where their efforts would be received like visitations from a higher power. This is the story of how LPs saved our lives.” (Catalogue)

Ain’t I a diva? : Beyoncé and the power of pop culture pedagogy / Allred, Kevin
“A pedagogical primer on integrating black feminist thought, critical race studies, and America’s most beloved pop star. In 2010, Professor Kevin Allred created the university course “Politicizing Beyoncé” to both wide acclaim and controversy. Combining analysis with classroom anecdotes, Allred attests that pop culture is so much more than a guilty pleasure, it’s an access point–for education, entertainment, critical inquiry, and politics.” (Catalogue) 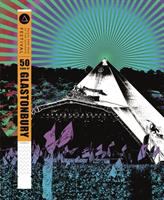 50 years of Glastonbury : music and mud at the ultimate festival / Croft, Malcolm
“From its humble beginnings as a folk festival (where £1 would get you a ticket and a pint of milk) to becoming one of the biggest global music events, Glastonbury is a festival like no other. Hundreds of the world’s biggest acts have played the iconic Pyramid Stage in Somerset, tickets sell out within minutes, and more than three million people have attended in the festival’s 50-year history. 50 Years of Glastonbury celebrates the mud and mayhem that makes the festival one of the most popular musical events in the world, for fans and artists alike.” (Catalogue)

Lunch with the wild frontiers / Savidge, Phill
“Phill Savidge is widely credited as being the main instigator of the Britpop music movement that swept the UK in the mid-1990s. Savidge was co-founder and head of legendary public relations company Savage & Best, the company that represented most of the artists associated with the scene, including Suede, Pulp, The Verve, Elastica, Kula Shaker, Spiritualized, Menswear, The Auteurs, and Black Box Recorder. His unique experience at the epicentre of Britpop led to many intimate, not entirely self-congratulatory encounters with a who’s who of popular culture — including Brett Anderson, Damon Albarn, Roy Orbison, David Bowie, Joe Strummer, among others.” (Catalogue)

Grime kids : the inside story of the global grime takeover / DJ Target
“A group of kids in the 2000s had a dream to make their voice heard – and this book documents their seminal impact on today’s pop culture. DJ Target grew up in Bow under the shadow of Canary Wharf, with money looming close on the skyline. The ‘Godfather of Grime’ Wiley and Dizzee Rascal first met each other in his bedroom. They were all just grime kids on the block back then, and didn’t realise they were to become pioneers of an international music revolution. Household names were borne out of those housing estates, and the music industry now jumps to the beat of their gritty reality rather than the tune of glossy aspiration.”(Catalogue)