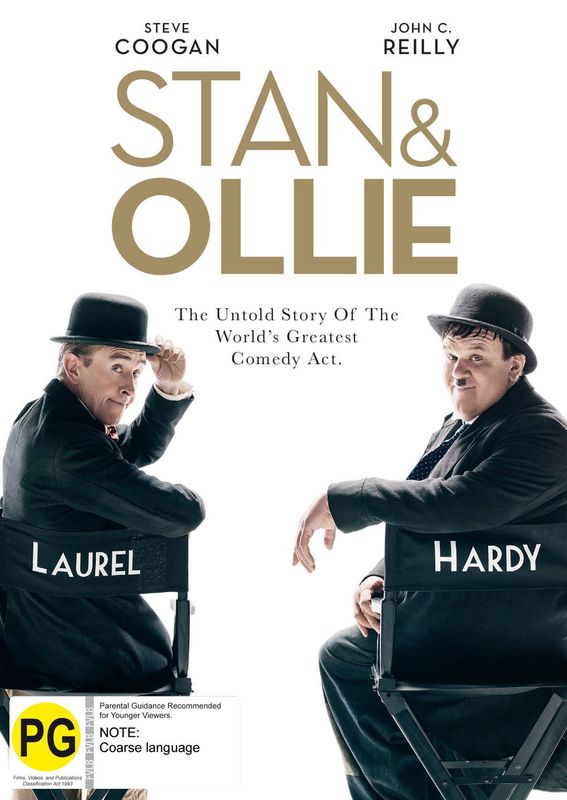 New DVDs for August include comedy, foreign drama and mystery, some great female fronted television, and the re-imagining of a classic family story.

Call the midwife. Series eight | Christmas special
“It is now 1964 and it’s evident how the times are changing: from the beacon of the contraceptive pill and the shadow of the 1967 Abortion Act, to the introduction of a new cancer-screening programme. The nuns and nurses continue to face a variety of challenging issues including interracial adoption, cleft palate, sickle cell and cot death. And for one of the team, romance could be on the horizon.” (Catalogue)

Stan & Ollie
“One of the world’s great comedy teams set out on a variety hall tour of Britain in 1953. Diminished by age and with their golden era as the kings of Hollywood comedy now behind them, they face an uncertain future. As the charm and beauty of their performances shine through, they re-connect with their adoring fans. The tour becomes a hit, but Stan and Ollie can’t quite shake the specter of Laurel and Hardy’s past.” (Catalogue)

Swimming with men
“Faced with a full-blow mid-life crisis, accountant Eric joins an all-male group of synchronised swimmers, discovering that making patterns in a pool can, for a couple of hours at least, smooth out the bumps in his work and marriage. Initially keeping their personal lives in the locker, the ramshackle squad and coach Susan slowly learn to reveal their inner lives, as well as their paunches. But can they get their lives and routines in sync as they embark on an unlikely journey to Milan to compete in the World Championship?” (Catalogue)

Thunder road
“It tells the story of flawed police officer Jim Arnaud, who lives a shambolic life that’s somehow made even worse by his mother’s passing. His only stability comes in the shape of his daughter, Crystal, who he tries to father, amidst messy divorce proceedings with his estranged wife, Roz, as best as he can.” (Catalogue)

Good girls. Season one.
“When three suburban moms get tired of trying to make ends meet, they decide it’s time to stick up for themselves by robbing the local grocery store. But when the manager catches a glimpse of one of them and the loot is far more than they expected, it doesn’t take long for the three best friends to realise the perfect getaway will be harder than they think.” (Catalogue)

Capernaüm
“After fleeing his negligent and abusive parents, a hardened, streetwise twelve-year-old boy sues them to protest the life they’ve given him.” (Catalogue)

If Beale Street could talk
“A timeless love story set in early 1970s Harlem involving newly engaged nineteen-year-old Tish and her fiance Fonny who have a beautiful future ahead. But their plans are derailed when Fonny is arrested for a crime he did not commit. Now the pair and their families must fight for justice in the name of love and the promise of the American dream.” (Catalogue)

Dumbo
“Circus owner Max Medici enlists former star Holt Farrier and his children to care for a newborn elephant whose oversized ears make him a laughingstock in an already struggling circus. But when they discover that Dumbo can fly, the circus makes an incredible comeback, attracting entrepreneur V.A. Vandevere, who recruits the Dumbo for his newest entertainment venture, Dreamland. Dumbo soars to new heights until Holt learns that beneath its shiny veneer, Dreamland is full of dark secrets.” (Catalogue)