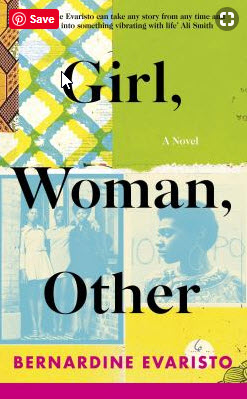 Booklists–who doesn’t love a booklist? Especially when it’s the just-released Booker longlist! This year’s selection includes The Testaments, Margaret Atwood’s sequel to her celebrated 1985 novel The Handmaid’s Tale. With The Testaments not due for publication until September, it’s being kept thoroughly under wraps by the Booker judges, so the rest of us will have to wait to draw our own conclusions. Deborah Levy’s The Man Who Saw Everything is also yet to be released, and will be her third entry in the Booker listings. September will also bring us the menace and banter of Kevin Barry’s Night Boat to Tangier.

Check out the full ‘Booker’s dozen’ below!

The Testaments / Atwood, Margaret
“In this brilliant sequel to The Handmaid’s Tale, acclaimed author Margaret Atwood answers the question that has tantalized readers for decades: what happens to Offred? When the van door slammed on Offred’s future at the end of The Handmaid’s Tale, readers had no way of telling what lay ahead for her–freedom, prison or death. With The Testaments, the wait is over. Margaret Atwood’s sequel picks up the story fifteen years later, with the explosive testaments of three female narrators from Gilead.” (Adapted from the catalogue)

My sister, the serial killer : a novel / Braithwaite, Oyinkan  (print) (eBook)
“Korede is bitter. How could she not be? Her sister, Ayoola, is many things: the favorite child, the beautiful one, possibly sociopathic. And now Ayoola’s third boyfriend in a row is dead. A kind, handsome doctor at the hospital where Korede works is the bright spot in her life. But one day Ayoola shows up to the hospital uninvited and he takes notice. When he asks Korede for Ayoola’s phone number, she must reckon with what her sister has become . . .” (Adapted from the catalogue)

Girl, woman, other / Evaristo, Bernardine
“Teeming with life and crackling with energy – a love song to modern Britain and black womanhood Girl, Woman, Other follows the lives and struggles of twelve very different characters. Mostly women, black and British, they tell the stories of their families, friends and lovers, across the country and through the years. Joyfully polyphonic and vibrantly contemporary, this is a gloriously new kind of history, a novel of our times: celebratory, ever-dynamic and utterly irresistible.” (Catalogue)

The wall / Lanchester, John (print) (eBook)
“Kavanagh begins his life patrolling the Wall. If he’s lucky, he only has two years of this, 729 more nights. The best thing that can happen is that he survives and gets off the Wall and never has to spend another day of his life anywhere near it. He longs for this to be over; longs to be somewhere else. He will soon find out what Defenders do and who the Others are. But somewhere, in the dark cave of his mind, he thinks: wouldn’t it be interesting if something did happen, if they came, if you had to fight for your life?” (Adapted from the catalogue)

The man who saw everything / Levy, Deborah
“It is 1988 and Saul Adler, a narcissistic young historian, has been invited to Communist East Berlin to do research. As a gift for his translator’s sister, a Beatles fanatic who will be his host, Saul’s girlfriend will shoot a photograph of him standing in the crosswalk on Abbey Road. As he waits for her to arrive, he is grazed by an oncoming car, which changes the trajectory of his life . . .” (Adapted from the catalogue)

Lost children archive / Valeria Luiselli (print) (eBook), (eAudiobook)
“A family in New York packs the car and sets out on a road trip. They head south west, to the Apacheria, the regions of the US which used to be Mexico. Meanwhile, thousands of children are journeying north, travelling to the US border from Central America and Mexico. They have been met by a coyote: a man who speaks to them roughly. They cross a river on rubber tubing and walk for days. Then they climb to the top of a train and travel precariously in the open container on top.” (Adapted from Syndetics summary)

An orchestra of minorities : a novel / Obioma, Chigozie
“Umuahia, Nigeria. Chinonso, a young poultry farmer, sees a woman attempting to jump to her death. Horrified, Chinonso hurls two of his most prized chickens into the water below to demonstrate the severity of the fall. The woman, Ndali, is moved by his sacrifice. Chinonso and Ndali fall in love. But Ndali is from a wealthy family, and when they officially object to the union because he is uneducated, Chinonso sells his possessions to attend a college in Cyprus. But once there, he discovers that all is not what it seems.” (Adapted from the catalogue)

Lanny / Max Porter (print) (eBook)
“Not far from London, there is a village. This village belongs to the people who live in it and to those who lived in it hundreds of years ago. It belongs to England’s mysterious past and its confounding present. It belongs to Mad Pete, the grizzled artist. To ancient Peggy, gossiping at her gate. To families dead for generations, and to those who have only recently moved here. But it also belongs to Dead Papa Toothwort who has woken from his slumber in the woods. Dead Papa Toothwort, who is listening to them all.” (Syndetics summary)

Quichotte / Rushdie, Salman
“Quichotte, an ageing travelling salesman obsessed with TV, is on a quest for love. Unfortunately, his daily diet of reality TV, sitcoms, films, soaps, comedies and dramas has distorted his ability to separate fantasy from reality. He wishes an imaginary son, Sancho, into existence, while obsessively writing love letters to a celebrity he knows only through his screen. Together the two innocents set off across America in Quichotte’s trusty Chevy Cruze to find her and convince her of his love.” (Adapted from the catalogue)

Frankissstein : a love story / Winterson, Jeanette
“Funny and furious, bold and clear-sighted, Frankissstein sees Jeanette Winterson take on identity, technology and sexuality to breathe new life into Mary Shelley’s classic story. Told in part through Shelley’s eyes as she dreams up her monstrous creation, Winterson launches us into a modern-day nightmare where consumerism and politics are set to bring humanity to breaking point. Spanning three centuries and multiple narratives, Frankisssteinis at once a moving love story and a feminist rallying cry for our times.” (Adapted from the catalogue)