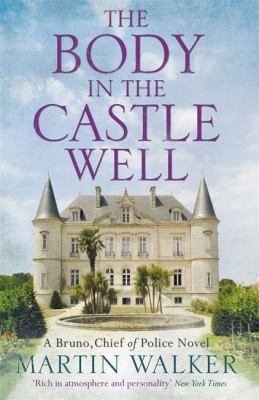 This month’s new mystery titles feature the work of Japanese writer Keigo Higashino. Winner of the Edogawa Rampo Prize for his debut novel After School, Higashino’s body of work has grown to include several award-winning detective series and short story collections (as well as a picture book!). His latest work, Newcomer, weaves together nine self-contained stories, and has been called “a genre-splicing masterclass in crime fiction.”

We’ve also got a range of other great works, from Peter James’ Dead at First Sight to Simon Beaufort’s Watchers of the Dead. And for some extra insight into David Hewson’s new mystery set on the remote Faroe Islands, check out this excellent Behind the Book feature. Enjoy!

Newcomer / Higashino, Keigo
“Detective Kyoichiro Kaga has just been transferred to a new precinct in the Nihonbashi area of Tokyo. Newly arrived, but with a great deal of experience, Kaga is promptly assigned to the team investigating the murder of a woman. But the more he investigates, the greater number of potential suspects emerges. Buried somewhere in the woman’s past, in her family history, and the last few days of her life is the clue that will lead to the murderer.” (Adapted from the catalogue)

Dead at first sight / James, Peter (print), (eBook)
“Detective Superintendent Roy Grace is called to investigate the suicide of a woman in Brighton, that is clearly not what it seems. As his investigations continue, a handsome Brighton motivational speaker comes forward. He’d discovered his identity is being used to scam 11 different women, online. Roy Grace realizes he is looking at the tip of an iceberg. A global empire built on clever, cruel internet scams and the murder of anyone who threatens to expose them.” (Catalogue)

The body in the castle well / Walker, Martin
“A rich American art student, Claudia, is found dead at the bottom of a deep well in an ancient hilltop castle. Claudia’s grieving mother arrives, her family’s White House connections get the US Embassy and the FBI involved. Bruno tries to trace the people and events that led to her death. This takes Bruno down a trail that leads him from the ruins of Berlin in 1945, to France’s colonial war in Algeria. The long arm of French history has reached out to find a new victim.” (Adapted from the catalogue)

Women of the dunes / Maine, Sarah
“In AD 800 there is Ulla, lost in a foreign country after her lover is brutally killed. Ellen, a servant-girl in the 1800s, catches the unwanted attentions of the master of the house’s lascivious son. And, in the present day, there is Libby – an archaeologist who is determined to uncover an age-old mystery. The fates of these three women become ever more tightly bound around the legend of Ulla.” (Adapted from the catalogue)

Devil’s Fjord / Hewson, David (print), (eBook)
“Newly-appointed District Sheriff Tristan Haraldsen and his wife Elsebeth are looking forward to a peaceful semi-retirement in the remote fishing village of Djevulsfjord on the stunningly beautiful island of Vagar. But when two boys go missing during the first whale hunt of the season, the repercussions strike at the heart of the isolated coastal community. As he pursues his investigations, Tristan discovers that the Mikkelsen brothers aren’t the first young men to have vanished on Vagar. . .” (Adapted from the catalogue)

Watchers of the dead / Beaufort, Simon
“December 1882. Attending the opening of the new Natural History Museum, reporter Alec Lonsdale and his colleague Hulda Friederichs are shocked to discover a body in the basement, hacked to death. Suspicion immediately falls on a trio of cannibals, brought over from the Congo as museum exhibits. Alec however has his doubts–especially when he discovers that three other influential London men have been similarly murdered.” (Adapted from the catalogue)

Cruel acts / Casey, Jane (print), (eBook)
“How can you spot a murderer? Leo Stone is a ruthless killer–or the victim of a miscarriage of justice. A year ago, he was convicted of the murder of two women and sentenced to life in prison. But now he’s free, and according to him, he’s innocent. DS Maeve Kerrigan and DI Josh Derwent are determined to put Stone back behind bars where he belongs, but the more Maeve finds out, the less convinced she is of his guilt. Have they been wrong about Stone from the start?” (Adapted from the catalogue)

A beautiful corpse / Daugherty, Christi (print), (eBook)
“With its antebellum houses and ancient oak trees draped in a veil of Spanish moss, Savannah’s graceful downtown is famous around the world. When a woman is killed in the heart of that affluent district, the shock is felt throughout the city. Only twenty-four years old, Naomi Scott was just getting started. There are no witnesses to the crime. The police have three suspects. All three men claim to love her. Could one of them be her killer?” (Adapted from the catalogue)