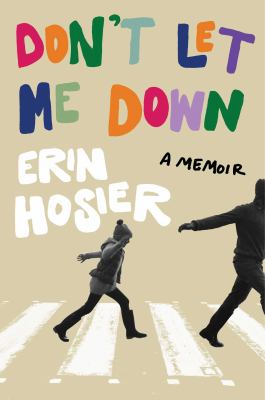 Find out who was the real Wallis Simpson in a new biography about the glamorous American and her life. Read about Olivia Newton-John, one of the most successful and loved entertainers and her tireless journey to becoming a force for good in the world. Choose your favourite titles either as books or ebooks and enjoy reading!

Inheritance : a memoir of genealogy, paternity, and love / Shapiro, Dani
“What makes us who we are? What combination of memory, history, biology, experience, and that ineffable thing called the soul defines us?
In the spring of 2016, through a genealogy website to which she had whimsically submitted her DNA for analysis, Dani Shapiro received the stunning news that her father was not her biological father. She woke up one morning and her entire history–the life she had lived–crumbled beneath her.” (adapted from Catalogue)

Don’t let me down : a memoir / Hosier, Erin
“Erin Hosier’s coming-of-age was full of contradiction. Born into the turbulent 1970s, she was raised in rural Ohio by lapsed hippies who traded 1960s rock ‘n’ roll for 1950s-era Christian hymns. Her mother’s newfound faith was rooted in a desire to manage her husband’s mood swings, which could alternately fill the house with music or with violence. Don’t Let Me Down is about a brave girl trying to navigate family secrets and tragedies and escape from small-town small-mindedness.” (adapted from Catalogue)

Don’t stop believin’ / Newton-John, Olivia
“For more than five decades Olivia Newton-John has been one of our most successful and adored entertainers. A four-time Grammy Award winner, she is one of the world’s best-selling recording artists of all time, with more than 100 million albums sold. Olivia has always radiated joy, hope and compassion – determined to be a force for good in the world. Now she is sharing her journey, from Melbourne schoolgirl to international superstar, in this deeply personal book.” (adapted from Catalogue) 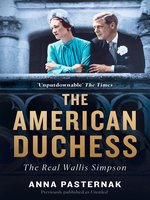 Untitled, Anna Pasternak (ebook)
“Who was the real Wallis: an opportunistic American social climber, a master manipulator or the true love of Edward’s life? Amid the cacophony of condemnation her story has become obfuscated. Untitled is an intimate biography of one of the most misunderstood women in British royal history. Yet Edward gave up the British throne, the British Empire and his position as Emperor of India, to marry his true love, American divorcee Wallis Simpson.” (adapted from Overdrive description) 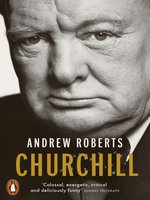 Churchill, Andrew Roberts (ebook)
“Winston Churchill towers over every other figure in twentieth-century British history. By the time of his death at the age of 90 in 1965, many thought him to be the greatest man in the world. There have been over a thousand previous biographies of Churchill. Andrew Roberts now draws on over forty new sources, including the private diaries of King George VI, used in no previous Churchill biography to depict him more intimately and persuasively than any of its predecessors.” (adapted from Overdrive description)