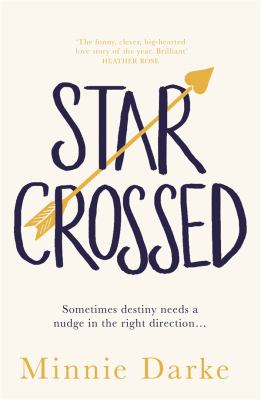 This month’s new romance novels have something for everyone, from the outstandingly popular online series After by Anna Todd to Jenny Colgan’s warmth and smiles in The Bookshop on the Shore. We’ve also got a charming new twist on Pride and Prejudice from Uzma Jalaluddin!

From the racy to the retiring, these recent additions to our romance collection are sure to enchant and beguile. Enjoy!

Tell me lies : a novel / Lovering, Carola
“Lucy Albright is far from her Long Island upbringing when she arrives on the campus of her small California college and happy to be hundreds of miles from her mother–whom she’s never forgiven for an act of betrayal in her early teen years. Quickly grasping at her fresh start, Lucy embraces college life and all it has to offer. And then she meets Stephen DeMarco . . .” (Adapted from the catalogue.)

The bookshop on the shore / Colgan, Jenny
“Zoe is a single mother, sinking beneath the waves trying to cope by herself in London. Hari, her gorgeous little boy is perfect in every way – except for the fact that he just doesn’t speak, at all. Then Hari’s aunt suggests Zoe could move to Scotland to help run a bookshop. Going from the lonely city to a small village in the Highlands could be the change Zoe and Hari desperately need.” (Adapted from the catalogue.)

Loving Sylvie / Smither, Elizabeth
“A sensual, witty novel that weaves together the stories of three women, beautifully written by one of our most clever wordsmiths. Elizabeth Smither takes us into the richly imagined worlds of three women, written with such beautifully deft skill as to make them vivid and alive.” (Catalogue.)

Ayesha at last / Jalaluddin, Uzma
“Ayesha  Shamsi has a lot going on. Though she’s lonely, she doesn’t want an arranged marriage. Then she meets Khalid who is just as smart and handsome as he is conservative and judgmental. When a surprise engagement between Khalid and Ayesha’s cousin Hafsa is announced, Ayesha is torn between how she feels about the straightforward Khalid and his family; and the truth she realizes about herself.” (Adapted from the catalogue.)

A love story for bewildered girls / Morgan, Emma
“Grace has a ‘full and interesting life’ – which is code for not married. Her life is the envy of her friends, but all this time she has been waiting in secret for love to hit her so hard that she would run out of breath. When Grace meets a beautiful woman, she falls suddenly and desperately in love. At the same party, lawyer Annie meets the man of her dreams. And across the city, Violet, who is afraid of almost everything, is making another discovery of her own . . .” (Adapted from the catalogue.)

The girl he used to know / Garvis Graves, Tracey
“Annika Rose likes being alone. She feels lost in social situations, saying the wrong thing or acting the wrong way. She just can’t read people. She prefers the quiet solitude of books or playing chess to being around others. Apart from Jonathan. She liked being around him, but she hasn’t seen him for ten years. Until now that is. And she’s not sure he’ll want to see her again after what happened all those years ago. Annika Rose likes being alone. Except that, actually, she doesn’t like being alone at all.” (Catalogue.)

A summer to remember / Moorcroft, Sue
“WHERE? Nelson’s Bar is the perfect little village. Nestled away on the Norfolk coast we can offer you no signal, no Wi-Fi and – most importantly – no problems! WHO? The ideal candidate will be looking for an escape from their cheating scumbag ex-fiancé, a diversion from their entitled cousin, and a break from their traitorous friends. WHAT YOU’LL GET! Accommodation in a chocolate-box cottage, plus a summer filled with blue skies and beachside walks. Oh, and a reunion with the man of your dreams.” (Adapted from the catalogue.)

After / Todd, Anna
“Book One of the After series–the Internet sensation with millions of readers. Tessa didn’t plan on meeting H. during her freshman year of college. But now that she has, her life will never be the same.” (Catalogue.)

Star crossed / Darke, Minnie
“When Justine Carmichael (Sagittarius, aspiring journalist and sceptic) bumps into her old friend Nick Jordan (Aquarius, struggling actor and true believer) it could be by chance. Or it could be written in the stars. Justine works at the Alexandria Park Star – and Nick, she now learns, relies on the magazine’s astrology column to guide him in life. Looking for a way to get Nick’s attention, Justine has the idea of making a few small alterations to ‘Aquarius’ before it goes to print. What harm could it possibly do?” (Adapted from the catalogue.)