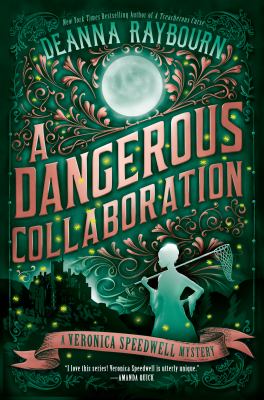 What exactly makes a murderer? What leads to the decision to kill? These are the questions Irish author Olivia Kiernan considered when writing the second book in her Frankie Sheehan series, The Killer in Me. The Financial Times has called The Killer in Me fresh, tense and gruesome, while the Wall Street Journal described it as a “captivating new thriller.” Now you, too, can discover why it just might be one of the best police procedural stories this year.

The killer in me / Kiernan, Olivia
“Murder convict Sean Hennessy is released from prison to return to a seaside community in Dublin. He has always professed his innocence. But within months of his release, two bodies appear in the peaceful suburb of Clontarf. With a TV documentary pushing the public’s sympathies in Hennessy’s direction, the original evidence against him is called into question and Detective Frankie Sheehan finds herself doubting her original analysis of the case.” (Adapted from the catalogue.)

Murder once removed / Perkins, S. C.
“According to her friends, Lucy Lancaster, Austin, Texas genealogist, has never been drunk. Tipsy, sure, but drunk? No way. So when she arrives back at her office from a three-martini lunch a few sheets to the wind, it’s a notable occasion. Even more momentous is what her client, Austin billionaire Gus Halloran, has announced on live television with a blotto Lucy standing at his side: Texas senator Caleb Applewhite might be responsible for the murder of Seth Halloran.” (Adapted from the catalogue.)

A dangerous collaboration / Raybourn, Deanna
“Victorian adventuress Veronica Speedwell is whisked off to a remote island off the tip of Cornwall when her natural historian colleague Stoker’s brother calls in a favour. On the pretext of wanting a companion to accompany him to Lord Malcolm Romilly’s house party, Tiberius persuades Veronica to pose as his fiancée–much to Stoker’s chagrin. But upon arriving, it becomes clear that the party is not as innocent as it had seemed.” (Adapted from the catalogue.)

A beautiful corpse / Daugherty, Christi
“With its antebellum houses and ancient oak trees draped in a veil of Spanish moss, Savannah’s graceful downtown is famous around the world. When a woman is killed in the heart of that affluent district, the shock is felt throughout the city. But for crime reporter Harper McClain, this story is personal. The corpse has a familiar face . . .” (Adapted from the catalogue.)