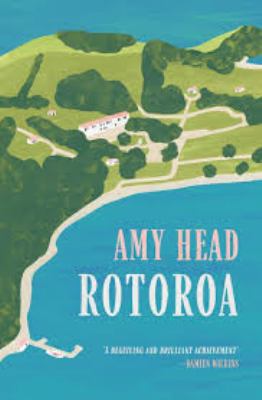 In dividing the light, things are seen. And we notice ourselves.”
― John Allison New Zealand poet.

New Zealand literature is a rich and diverse field one full of many voices and many stories. This range and diversity is well represented in our latest fiction showcase to focus  on new New Zealand fiction releases.

Our latest showcase ranges from the compulsive, tense, nail biting  page turner that is Call me Evie by J.P. Pomare to the more gentle captivating A dream of Italy by Nicky Pellegrino there is also the latest outing from best selling  author Catherine Robertson called What you wish for and Pearly Gates set in and celebrating small town New Zealand by Owen Marshall.  As well as  a veritable  host of  wonderful other voices and stories to be experienced and enjoyed.

Call me Evie / J.P. Pomare
“Meet Evie, a young woman held captive by a man named Jim in the isolated New Zealand beach town of Maketu. Jim says he’s hiding Evie to protect her, that she did something terrible back home in Melbourne. In a house that creaks against the wind, Evie begins to piece together her fractured memories of the events that led her here. Jim says he’s keeping her safe. Evie’s not sure she can trust Jim, but can she trust her own memories?” (Adapted from Syndetics summary)

A dream of Italy / Nicky Pellegrino.
“The picturesque mountain town of Montenello is selling off some of its historic buildings for just one euro each. To be considered as a future resident of Montenello contact the town’s mayor, Salvio Valentini. Many people read Salvio’s advertisement with excitement. Elise is in her twenties and desperate to get on the property ladder. Edward wants to escape a life he finds stifling. Mimi is divorced and starting afresh. And there is one person whose true motivation won’t be clear for some time. These four people all have a dream of Italy. And it’s going to change their lives.” (Adapted from Syndetics summary)

The Julian calendar / William Henry.
“A bright young photojournalist returns to London with the aim of releasing himself from a profound love affair that has stalled without explanation. Instead, he is derailed by memories of the secretive nurse who broke his heart, and rejuvenated by a man whose unexpected and intense friendship challenges the fundamental notion of love itself.” (Adapted from Syndetics summary)

Photos of you / Tammy Robinson.
“People are here for me, to celebrate the anniversary of the day I was given life. On the very same day I’d just been told my life was all but over.’ When Ava Green turns twenty-eight, she discovers this will be her last birthday. The cancer she thought she’d beaten three years ago is back, only this time it’s terminal. But she is not going to let the cancer define her last, precious months, she is going to make her childhood dream come true: her wedding.” (Adapted from Syndetics summary)

What you wish for / Catherine Robertson.
“Dr Ashwin Ghadavi, the newly imported GP, is trying hard to fit into Gabriel’s Bay. His challenges include the immovable force of his office manager, Mac, the ambiguities of the Kiwi idiom, and his unrequited attraction to Mac’s daughter, Emma. Having returned home, Emma is determined to help her old friend, Devon, whether he wants it or not. She’s also on a mission to right eco wrongs, and her targets include local farmer Vic Halsworth, who’s already neck deep in the proverbial and, to make matters worse, seems to be having visions of moose.” (Adapted from Syndetics summary)

Pearly Gates : a novel / Owen Marshall.
“This entertaining and insightful novel both skewers and celebrates small-town New Zealand. Pat `Pearly’ Gates has achieved a lot in his life and evinces considerable satisfaction in his achievements. He has a reputation as a former Otago rugby player and believes he would have been an All Black but for sporting injuries. He runs a successful real-estate agency in a provincial South Island town, of which he is the second-term mayor. Popular, happily married, well established, he cuts an impressive figure, especially in his own eyes. But will his pride and complacency come before a fall?” (Syndetics summary)

Rotoroa / Amy Head.
“On tiny, isolated Rotoroa Island in the Hauraki Gulf is a treatment facility for alcoholic men. It’s here, at the Salvation Army-run home, that three characters at very different points in their lives will find themselves gathered, each for reasons of their own. There is Katherine, known to history as Elsie K. Morton, famous journalist and author; Jim, a sleepless alcoholic sent to the island by his family; and Lorna, a teenage mother who joins the Salvation Army looking for a fresh start. As the stories of their lives are revealed, so too are their hopes and vulnerabilities.” (Adapted from Syndetics summary)

The Ice Shelf / Anne Kennedy.
“The Ice Shelf: an eco-comedy” On the eve of flying to Antarctica to take up an arts fellowship, thirty-something Janice, recently separated, has a long night of remembrance, regret and realisation as she goes about the city looking for a friend to take care of her fridge while she’s away. En route she discards section after section of her novel in the spirit of editing until there is nothing left to edit. The Ice Shelf, a novel written as Acknowledgements, is an allegory for the dangers of wasting love and other non-renewable resources.” (Syndetics summary)

Admissions : tales of life, death & love in a hospital not far from here … / Mira Harrison.
“Here are the stories of eight women doctors, nurses, cooks and cleaners at the heart of a hospital that connects them all in a city that could be anywhere. Inspired by Mira Harrison’s experiences in healthcare in the UK and NZ, these engrossing narratives unveil the shifting balance between professional and private worlds. Our scrupulous or haphazard plans are disrupted by falling in love; by our connections to others; by the birth of our children; by loss, grief, and ultimately death.” (Adapted from Syndetics summary)