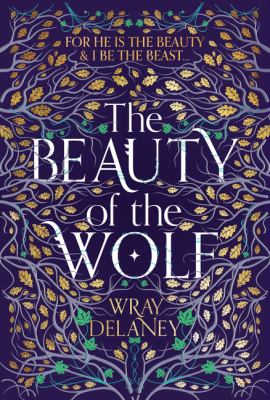 Pathetic earthlings. Hurling your bodies out into the void, without the slightest inkling of who or what is out here. If you had known anything about the true nature of the universe, anything at all, you would’ve hidden from it in terror.”  The Emperor Ming the merciless Flash Gordon Film 1980.

Hurling into the vast void of the outer space and facing unknown cosmic dangers is just one of the threads of the Science Fiction and Fantasy worlds explored in this month’s showcase. Others threads in this month’s rich tapestry include a magical retelling of Beauty and the Beast in Wray Delaney’s The beauty of the wolf, Adrian Tchaikovsky’s much anticipated Children of time the first installment of an epic survival series set among the stars and the conclusion of Mark Lawrence’s fantasy trilogy Holy Sister about a young girl trained into adulthood to be the fiercest of warriors. Enjoy.

The light brigade / Kameron Hurley.The Light Brigade
“The Light Brigade: it’s what soldiers fighting the war against Mars call the ones who come back…different. Grunts in the corporate corps get busted down into light to travel to and from interplanetary battlefronts. Everyone is changed by what the corps must do in order to break them down into light. Those who survive learn to stick to the mission brief–no matter what actually happens during combat. Dietz, a fresh recruit in the infantry, begins to experience combat drops that don’t sync up with the platoon’s. And Dietz’s bad drops tell a story of the war that’s not at all what the corporate brass want the soldiers to think is going on.”(Adapted from Syndetics summary)

The beauty of the wolf / Wray Delaney.Server ErrorYour request could not be completed.
“In the age of the Faerie Queene, Elizabeth I, Lord Francis Rodermere starts to lay waste to a forest. Furious, the sorceress who dwells there scrawls a curse into the bark of the first oak he fells: A faerie boy will be born to you whose beauty will be your death. Ten years later, Lord Rodermere’s son, Beau is born – and all who encounter him are struck by his great beauty. Meanwhile, many miles away in a London alchemist’s cellar lives Randa – a beast deemed too monstrous to see the light of day. And so begins a timeless tale of love, tragedy and revenge.” (Adapted from Syndetics summary) Also available on ebook.

The Lord of Stariel / A.J. Lancaster.
“The Lord of Stariel is dead. Long live the Lord of Stariel. Whoever that is. Everyone knows who the magical estate will choose for its next ruler. Or do they? Will it be the lord’s eldest son, who he despised? His favourite nephew, with the strongest magical land-sense? His scandalous daughter, who ran away from home years ago to study illusion? Hetta knows it won’t be her, and she’s glad of it. Returning home for her father’s funeral, all Hetta has to do is survive the family drama and avoid entanglements with irritatingly attractive local men until the Choosing. Then she can leave. But whoever Stariel chooses will have bigger problems than eccentric relatives to deal with. Winged, beautifully deadly problems. For the first time in centuries, the fae are returning to the Mortal Realm, and only the Lord of Stariel can keep the estate safe. In theory.”–Provided by publisher.” (Syndetics summary)

Holy sister / Mark Lawrence.Holy Sister
“The ice is advancing, the Corridor narrowing, and the empire is under siege from the Scithrowl in the east and the Durns in the west. Everywhere, the emperor’s armies are in retreat. Nona faces the final challenges that must be overcome if she is to become a full sister in the order of her choice. But it seems unlikely that Nona and her friends will have time to earn a nun’s habit before war is on their doorstep. Even a warrior like Nona cannot hope to turn the tide of war.The shiphearts offer strength that she might use to protect those she loves, but it’s a power that corrupts. A final battle is coming in which she will be torn between friends, unable to save them all.” (Adapted from Syndetics summary) Also available on ebook.

A memory called empire / Arkady Martine.
” Ambassador Mahit Dzmare arrives in the center of the multi-system Teixcalaanli Empire only to discover that her predecessor, the previous ambassador from their small but fiercely independent mining Station, has died. But no one will admit that his death wasn’t an accident–or that Mahit might be next to die, during a time of political instability in the highest echelons of the imperial court. Now, Mahit must discover who is behind the murder, rescue herself, and save her Station from Teixcalaan’s unceasing expansion–all while navigating an alien culture that is all too seductive, engaging in intrigues of her own, and hiding a deadly technological secret–one that might spell the end of her Station and her way of life–or rescue it from annihilation.” (Adapted from Syndetics summary)

No way / S.J. Morden.
” Frank Kittridge is alone on Mars. But XO, the corporate architects of the first Mars base, made a costly mistake when they left him there: they left him alive. Using his skills and his wits, he’s going to find a way back home even if it kills him.But there are dangers on Mars even Frank isn’t prepared for, and a mystery he has to solve in order to survive. If there’s anything in Frank’s favour, it’s this: he’s always been prepared to go to the extremes to get the job done. That’s how he ended up on Mars in the first place. It just might be his ticket back.” (Adapted from Syndetics summary)

Children of time / Adrian Tchaikovsky.
” The last remnants of the human race left a dying Earth, desperate to find a new home among the stars. Following in the footsteps of their ancestors, they discover the greatest treasure of the past age – a world terraformed and prepared for human life.But all is not right in this new Eden. In the long years since the planet was abandoned, the work of its architects has borne disastrous fruit. The planet is not waiting for them, pristine and unoccupied. New masters have turned it from a refuge into mankind’s worst nightmare.Now two civilizations are on a collision course, both testing the boundaries of what they will do to survive.” (Adapted from Syndetics summary) Also available on ebook.

The bird king / G. Willow Wilson.
” Hassan has a secret–he can draw maps of places he’s never seen and bend the shape of reality. When representatives of the newly formed Spanish monarchy arrive to negotiate the sultan’s surrender, Fatima befriends one of the women, not realizing that she will see Hassan’s gift as sorcery and a threat toChristian Spanish rule. With their freedoms at stake, what will Fatima risk to save Hassan and escape the palace walls? As Fatima and Hassan traverse Spain with the help of a clever jinn to find safety, The Bird King asks us to consider what love is and the price of freedom at a time when the West and the Muslim world were not yet separate.” (Adapted from Syndetics summary)