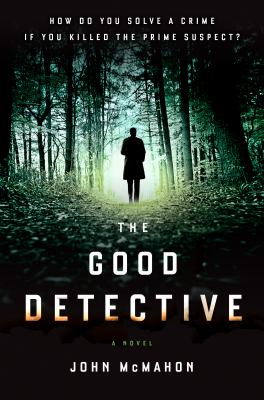 The most recent mystery releases delve into the secretive worlds of family and friends, those we think we know best, to strangers under investigation.  From the Shetland Islands to Alaska these new mystery titles will keep you guessing until the very end. Follow along with professional trackers and amateur sleuths as the trail of clues can lead you to the most surprising people and places.

Power brokering is the pivot for historical writers Peter Beresford Ellis, writing as Peter Tremayne and Jacqueline Winspear as their respective female investigators put personal safety on the line to uncover the truth. But the times dictate the ways and means these investigators can use their knowledge and talents.

Something for all to enjoy from the court rooms of Manhattan to the secretive rain forests near Cairns.

Blood oath / Linda Fairstein.
“With more women feeling empowered to name their abusers, Alex is eager to return to the courtroom to do what she does best. But even she can’t anticipate the complexity of her first case when she meets Lucy, a young woman who testified years earlier at a landmark federal trial and now reveals that she was sexually assaulted by a prominent official during that time. As the seemingly disparate cases of her client, adversary, and friend start to intertwine, Alex, finds herself in uncharted territory within Manhattan’s Rockefeller University. ” (adapted from Syndetics summary)

The good detective / John McMahon.
“Detective P.T. Marsh was a rising star on the police force until his wife and young son were killed in an accident. Since then he’s lost the ability to see the line between smart moves and disastrous decisions. Such as when he decides to ‘help out’ an exotic dancer by confronting her abusive boyfriend. When the next morning he gets called to the scene of his newest murder case, he is stunned to arrive at the house of a dead man, the very man he beat up the night before. He could swear the guy was alive when he left, but can he be sure? ” (adapted from Syndetics summary)

Open carry / Marc Cameron.(print) (eBook)
U.S. Marshal Arliss Cutter is a born tracker. Raised in the swamplands of Florida, he honed his skills in the military, fought in the Middle East, and worked three field positions for Marshal Services. When it comes to tracking someone down, or taking someone out, Cutter’s the best. But his newest assignment is taking him out of his comfort zone to southeast Alaska. Cold, dark, uninhabited forests that are often shrouded in fog. And it’s the kind of case that makes his blood run cold, the shocking murder of a Tlingit Indian girl. Three people have disappeared on Prince of Wales Island. Two are crew members of the reality TV show, Fishwives. Cutter’s job is to find the bodies, examine the crew’s footage for clues, and track down the men who killed them. Easier said than done. Especially when the whole town is hiding secrets, every trail is a dead end-and the hunter becomes the hunted. (Overdrive description)

In strangers’ houses / Elizabeth Mundy.
“Lena Szarka, a Hungarian cleaner working in London, knows all too well about cleaning up other people’s messes. When her friend Timea disappears, she suspects one of her clients is to blame. However, the police don’t share her suspicions and it is left to Lena to turn sleuth and find her friend. Searching through their houses as she scrubs their floors, Lena desperately tries to find out what has happened. But Lena soon discovers it’s not just her clients who have secrets. And as she begins to unravel Timea’s past she starts to wonder if she really knew her friend at all.” (Syndetics summary)

Handful of Ash (The Shetland Sailing Mysteries)
“Liveaboard skipper and amateur sleuth Cass Lynch is busy at marine college in Scalloway, until one night she finds an acquaintance dead in a doorway with her hand smeared with peat ash. Rumours spread of a strange ritual linked to the witches once burned in Shetland’s ancient capital, and of a horned figure abroad in the night. At first Cass believes these to be mere superstition, until there’s a second murder, and she begins to wonder if the devil really does walk in Scalloway …” (Syndetics summary)

Bloodmoon / Peter Tremayne.
“Ireland. AD 671. Sister Fidelma has a mission, and she is sworn by oath to reveal her purpose to no other. The secret investigation leads Fidelma and her companions to the abbey of Finnbarr to question the abbot. But before they have a chance to speak to him, the abbot is found murdered – and the young girl suspected of the crime has fled the scene. Unable to tell the truth of her quest to anyone, including her husband Eadulf, Fidelma’s time is running out – and now she has no choice but to face the challenge, and her enemies, alone.” (Syndetics summary)

Missing pieces / Caroline de Costa.
“In 1992, toddler Yasmin Munoz went missing. No trace of her has ever been found. Yet in 2012 Andrew Todd, a wealthy businessman and former mayor of Cairns, dies, and leaves in his will directions for a search for the missing child, who if she is still alive must now be a young woman. Cairns detective Cass Diamond is soon asked to help… She discovers that in 1990, popular university student Chloe Campion had also gone missing, from a party in Brisbane celebrating her engagement to the son of Andrew Todd. Police inquiries at the time of the child’s disappearance found no link with the Campion case. But Cass is curious… On her own, Cass delves deeper, and is led to a farm on the Atherton Tableland outside Cairns, where her curiosity gets her kidnapped with two other women, and into a hostage drama with an unpredictable assailant…” (Syndetics summary)

The American agent : a Maisie Dobbs novel / Jacqueline Winspear.(print) (eBook)
“When Catherine Saxon, an American correspondent reporting on the war in Europe, is found murdered in her London digs, news of her death is concealed by British authorities. Serving as a linchpin between Scotland Yard and the Secret Service, Robert MacFarlane pays a visit to Maisie Dobbs, seeking her help. He is accompanied by an agent from the US Department of Justice–Mark Scott, the American who helped Maisie escape Hitler’s Munich in 1938. MacFarlane asks Maisie to work with Scott to uncover the truth about Saxon’s death.” (Syndetics summary)