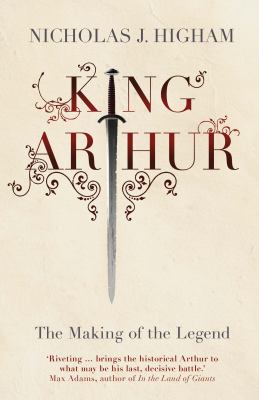 This history picks can be found out in the wild at our branch libraries! Read up on Rome and Ten Caesars, King Arthur, people smugglers avoiding ISIS, and modern China from two perspectives.

Madame Fourcade’s secret war : the daring young woman who led France’s largest spy network against Hitler / Olson, Lynne
“In 1941, a thirty-one-year-old Frenchwoman, a young mother born to privilege and known for her beauty and glamour, became the leader of a vast Resistance organization – the only woman to hold such a role. Brave, independent, and a lifelong rebel against her country’s conservative, patriarchal society, Marie-Madeleine Fourcade was temperamentally made for the job. Now, in a dramatic account of the war that split France in two and forced its people to live side by side with their hated German occupiers, Lynne Olson tells the fascinating story of a woman who stood up for her nation, her fellow citizens, and herself.” (adapted from Catalogue)

Ten Caesars : Roman Emperors from Augustus to Constantine / Strauss, Barry S
“Rome’s legacy remains today in so many ways, from language, law, and architecture to the seat of the Roman Catholic Church. Barry Strauss examines this enduring heritage through the lives of the men who shaped it: Augustus, Tiberius, Nero, Vespasian, Trajan, Hadrian, Marcus Aurelius, Septimius Severus, Diocletian and Constantine. Over the ages, they learned to maintain the family business – the government of an empire – by adapting when necessary and always persevering no matter the cost.” (adapted from Catalogue)

The beekeeper of Sinjar / Mīkhāʼīl, Dunyā
“In the midst of ISIS’s reign of terror and hatred, an unlikely hero has emerged: the Beekeeper. Once a trader selling his mountain honey across the region, when ISIS came to Sinjar he turned his knowledge of the local terrain to another, more dangerous use. Along with a secret network of transporters, helpers, and former bootleggers, Abdullah Shrem smuggles brutalised Yazidi women to safety through the war-torn landscapes of Iraq, Syria, and Eastern Turkey.” (Catalogue)

King Arthur : the making of the legend / Higham, N. J
“According to legend, King Arthur saved Britain from the Saxons and reigned over it gloriously sometime around A.D. 500. Whether or not there was a “real” King Arthur has all too often been neglected by scholars; most period specialists today declare themselves agnostic on this important matter. In this erudite volume, Nick Higham sets out to solve the puzzle, drawing on his original research and expertise to determine precisely when, and why, the legend began.” (Catalogue)

The Penguin history of modern China : the fall and rise of a great power, 1850 to the present / Fenby, Jonathan
“In 1850, China was the ‘sick man of Asia’. Now it is set to become the most powerful nation on earth. The Penguin History of Modern China shows how turbulent that journey has been. For 150 years China has endured as victim of oppression, war and famine. This makes its current position as arguably the most important global superpower all the more extraordinary. Jonathan Fenby’s comprehensive account is the definitive guide to this remarkable transformation.” (Catalogue)

Under red skies : three generations of life, loss, and hope in China / Kan, Karoline
“Through the stories of three generations of women in her family, Karoline Kan, a former New York Times reporter based in Beijing, reveals how they navigated their way in a country beset by poverty and often-violent political unrest. As the Kans move from quiet villages to crowded towns and through the urban streets of Beijing in search of a better way of life, they are forced to confront the past and break the chains of tradition, especially those forced on women.” (Catalogue)