I desired dragons with a profound desire. Of course, I in my timid body did not wish to have them in the neighborhood. But the world that contained even the imagination of Fáfnir was richer and more beautiful, at whatever the cost of peril. — J. R. R. Tolkien

For this month’s showcase we are pointing our spotlight at one of the most popular and enduring genres of them all: fantasy! It’s a huge genre, with crossover works and sub-genres such as comic fantasy, contemporary fantasy, dark fantasy, fairytale fantasy, fantasy of manners, heroic fantasy, high fantasy, historical fantasy, low fantasy, magical realism, mythic fiction fantasy, romantic fantasy, superhero fantasy, sword and sorcery, urban fantasy and weird fantasy, so by necessity this showcase only features a few of our favourite authors and novels.

Even into the 21st century, fantasy as a genre has not only endured but thrived, creating some of the century’s most beloved works in literature, film and art. Some of the world’s most popular authors and titles are also encompassed by this genre, including J.R.R. Tolkien, J.K. Rowling, George R.R. Martin and C.S.Lewis. Enjoy! 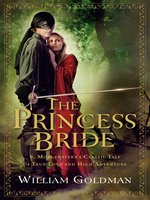 The Princess Bride, William Goldman (ebook) (print)
Anyone who lived through the 1980s may find it impossible—inconceivable, even—to equate The Princess Bride with anything other than the sweet, celluloid romance of Westley and Buttercup, but the film is only a fraction of the ingenious storytelling you’ll find in these pages. Rich in character and satire, the novel is set in 1941 and framed cleverly as an “abridged” retelling of a centuries-old tale set in the fabled country of Florin that’s home to “Beasts of all natures and descriptions. Pain. Death. Brave men. Coward men. Strongest men. Chases. Escapes. Lies. Truths. Passions.” (Overdrive description) 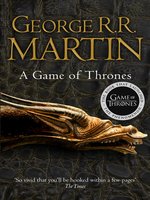 A Game of Thrones, George R.R. Martin (ebook) (print)
A Game of Thrones is the first volume in the series. Summers span decades. Winter can last a lifetime. And the struggle for the Iron Throne has begun. As Warden of the north, Lord Eddard Stark counts it a curse when King Robert bestows on him the office of the Hand. His honour weighs him down at court where a true man does what he will, not what he must … and a dead enemy is a thing of beauty. The old gods have no power in the south, Stark’s family is split and there is treachery at court. Worse, the vengeance-mad heir of the deposed Dragon King has grown to maturity in exile in the Free Cities. He claims the Iron Throne. (Overdrive description) 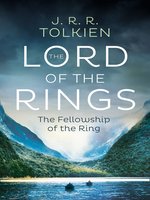 The Fellowship of the Ring, J. R. R. Tolkien (ebook) (print)
Continuing the story begun in The Hobbit, this is the first part of Tolkien’s epic masterpiece, The Lord of the Rings, featuring the definitive text and a detailed map of Middle-earth. J.R.R. Tolkien’s great work of imaginative fiction has been labelled both a heroic romance and a classic fantasy fiction. By turns comic and homely, epic and diabolic, the narrative moves through countless changes of scene and character in an imaginary world which is totally convincing in its detail. (Overdrive description) 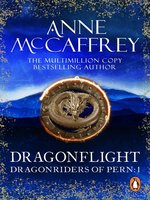 Dragonflight, Anne McCaffrey (ebook)
The men who rode the dragons were a breed apart. Chosen when the dragons were first hatched, they became soulmates for life with the huge, magnificent beasts they controlled – the green, blue, brown and bronzes – beautiful – terrible – the only creatures who could defend the planet Pern from the blood-red star. But without the Queen, the dragons would become extinct. Only the gigantic, golden Queen could breed the new flights. And the Queen was fading . . . dying. Dragonflight is the first book in Anne McCaffrey’s world-famous Chronicles of Pern and has been in print since its first publication in hardcover 30 years ago. (adapted from Overdrive description) 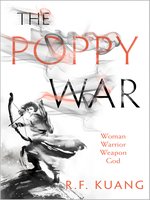 The Poppy War, R.F. Kuang (ebook)
When Rin aced the Keju – the test to find the most talented students in the Empire – it was a shock to everyone: to the test officials, who couldn’t believe a war orphan from Rooster Province could pass without cheating; to Rin’s guardians, who had hoped to get rich by marrying her off; and to Rin herself, who realized she was finally free from a life of servitude. That she got into Sinegard – the most elite military school in Nikan – was even more surprising. But surprises aren’t always good. Because being a dark-skinned peasant girl from the south is not an easy thing at Sinegard. (Overdrive description) 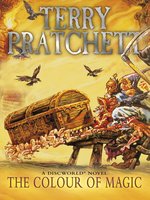 The Colour of Magic, Terry Pratchett (ebook)
Somhere on the frontier between thought and reality exists the Discworld, a parallel time and place which might sound and smell very much like our own, but which looks completely different. Particularly as it’s carried though space on the back of a giant turtle (sex unknown). It plays by different rules. But then, some things are the same everywhere. The Disc’s very existence is about to be threatened by a strange new blight: the world’s first tourist, upon whose survival rests the peace and prosperity of the land. Unfortunately, the person charged with maintaining that survival in the face of robbers, mercenaries and, well, Death, is a spectacularly inept wizard.

The gunslinger / King, Stephen
In a desolate reality, on that mirrors our own in frightening ways, a lone and haunting figure known only as Roland makes his way across the endless sands in pursuit of a sinister, dark-robed mystery of a man. Roland is the last of his kind, a “gunslinger” charged with protecting whatever goodness and light remains in his world–a world that “moved on” as they say…and the only way he can possibly hope to save everything is to first outwit and confront this man in black, then make him divulge his many arcane secrets. For despite the countless miles he’s already traversed, Roland knows these will merely be his initial steps on his spellbinding and soul-shattering quest to locate the mystical nexus of all worlds, all universes: the Dark Tower….” (Catalogue) 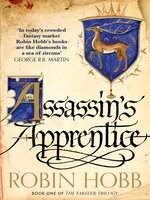 Assassin’s Apprentice, Robin Hobb (ebook)
The kingdom of the Six Duchies is on the brink of civil war when news breaks that the crown prince has fathered a bastard son and is shamed into abdication. The child’s name is Fitz, and his is despised. Raised in the castle stables, only the company of the king’s fool, the ragged children of the lower city and his unusual affinity with animals provide Fitz with any comfort. To be useful to the crown, Fitz is trained as an assassin; and to use the traditional magic of the Farseer family. But his tutor, allied to another political faction, is determined to discredit, even kill him. Fitz must survive: for he may be destined to save the kingdom.