This month we have a mystery spree, spreading our net to cover a wide variety of novels that feature a mystery somewhere in the plot. We are going to feature books from across the board, from classic novels to New Zealand titles, award-winners to massively popular bestsellers. As long as they have a mystery at their heart then they have a chance to get in this showcase. Enjoy! 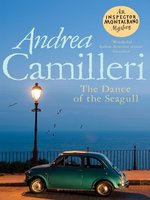 The Dance of the Seagull, Andrea Camilleri (ebook) (print)
“Inspector Montalbano is awake at dawn, sitting on his porch, when his attention is caught by a seagull which falls from the sky, performing a strange dance, before lying down to die. Montalbano is perplexed by what he has witnessed and the scene hangs over him like an omen. Montalbano’s dear colleague Fazio is discovered missing – and it transpires that the policeman has been involved in his own secret investigations – Montalbano launches a desperate search for his lost friend, as time begins to run out.” (adapted from Overdrive description)

Tess / McDougall, Kirsten
“Tess is on the run when she’s picked up from the side of the road by lonely middle-aged father Lewis Rose. With reluctance, she’s drawn into his family troubles and comes to know a life she never had. Set in Masterton at the turn of the millennium, Tess is a gothic love story about the ties that bind and tear a family apart.” (Catalogue) 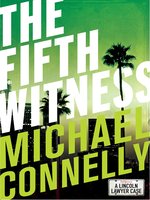 The Fifth Witness, Michael Connelly (ebook) (print)
“In tough times, crime is one of the few things that still pays, but even criminals are having to make cut-backs. So for defence lawyer Mickey Haller, most of his new business is not about keeping people out of jail; it’s about keeping a roof over their heads as the foreclosure business is booming. Lisa Trammel has been a client of Mickey’s for eight months, and so far he’s stopped the bank from taking her house. But now the bank’s CEO has been found beaten to death – and Lisa is about to be indicted for murder.” (Overdrive description)

All our secrets / Lane, Jennifer
“A girl called Gracie. A small town called Coongahoola with the dark Bagooli River running through it. The Bleeders – hundreds of ‘Believers’ who set up on the banks of the river, who start to buy up the town and win souls. The River Children – born in the aftermath of the infamous River Picnic. They begin to go missing, one after another. Gracie Barrett is the naively savvy spokesperson for her chaotic family (promiscuous dad, angry mum, twins Lucky and Grub, Elijah the River Child and fervent, prayerful Grandma Bett), for the kids who are taken, for the lurking fear that locks down the town and puts everyone under suspicion. Gracie is funny and kind, bullied and anguished, and her life spirals out of control when she discovers she knows what no one else does: who is responsible for the missing children. Coongahoola is where hope and fear collide, where tender adolescence is confronted by death, where kindness is a glimmer of light in the dark.” — Provided by publisher.” (Catalogue) 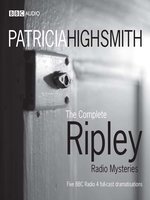 The Complete Ripley Radio Mysteries, Patricia Highsmith (Audiobook)
“In these dramatisations, BBC Radio 4 brings all Patricia Highsmith’s Ripley novels together in one thrilling series. In The Talented Mr Ripley, Tom makes a bid for another man’s inheritance and succeeds, but has he really got away with it? Ripley Under Ground is set a few years later, when Tom is living in luxury in a French chateau with his beautiful wife Heloise—but the clever art forgery which funds Tom’s expensive tastes is about to be uncovered. In Ripley’s Game, Tom sets up a man he dislikes to carry out two perfect murders, while in The Boy Who Followed Ripley, a rich young stalker arrives at Belle Ombre and he and Tom end up fighting for their lives. Finally, in Ripley Under Water, strange new neighbours show an overdeveloped interest in Ripley’s past. Will Tom’s shady dealings be exposed?” (Overdrive description) 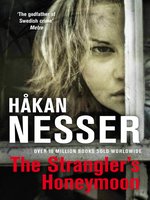 The Strangler’s Honeymoon, Håkan Nesser (ebook) (print)
“Could this be Van Veeteren’s darkest case yet? Desperately lonely, sixteen-year-old Monica Kammerle has little idea of what she is getting herself into when she begins an affair with her mother’s latest partner; the sophisticated Benjamin Kerran… Months later, when a woman’s strangled body is found decomposing in her flat, the Maardam police must discover who has committed this terrible crime. It isn’t long before they realise the perpetrator may have killed before – and is likely to do so again.” (adapted from Overdrive description) 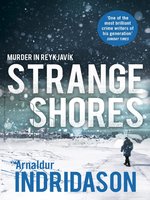 Strange Shores, Arnaldur Indridason (ebook) (print)
A young woman walks into the frozen fjords of Iceland, never to be seen again. But Matthildur leaves in her wake rumours of lies, betrayal and revenge.
Decades later, somewhere in the same wilderness, Detective Erlendur is on the hunt. He is looking for Matthildur but also for a long-lost brother, whose disappearance in a snow-storm when they were children has coloured his entire life. He is looking for answers. Slowly, the past begins to surrender its secrets. But as Erlendur uncovers a story about the limits of human endurance, he realises that many people would prefer their crimes to stay buried.” (Adapted from Overdrive description)

The infinite air / Kidman, Fiona
“The rise and fall of ‘the Garbo of the skies’, as told by one of New Zealand’s finest novelists. A superbly written novel offering an intriguing interpretation of one of the world’s greatest aviators, the glamorous and mysterious Jean Batten. Jean Batten became an international icon in the 1930s. A brave, beautiful woman, she made a number of heroic solo flights across the world. The newspapers couldn’t get enough of her; and yet she suddenly slipped out of view, disappearing to the Caribbean with her mother and dying in obscurity in Majorca, buried in a pauper’s grave. Fiona Kidman’s enthralling novel delves into the life of this enigmatic woman, exploring mysteries and crafting a fascinating exploration of early flying, of mothers and daughters, and of fame and secrecy.” (Catalogue)