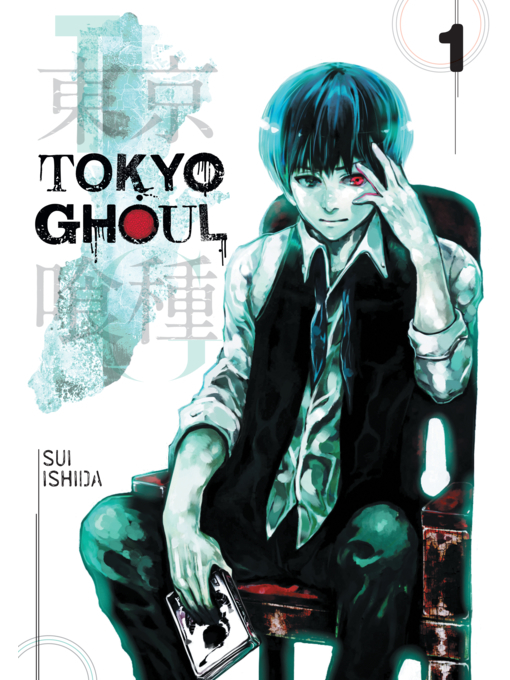 We’ve recently added a slew of new and classic manga to our eLibrary catalogue on Overdrive, and it’s available for you to download and read on any device! Included are such fan-favourites as Tokyo Ghoul and Attack on Titan, and the original best-selling science-fiction manga Astro Boy by Japan’s own ‘God of Manga‘ Osamu Tezuka.

Due to the closure of the Central Library reserves are now free, and you may request to pick up an item from any Wellington City Libraries branch. So now is the perfect chance to check out our wide selection of Japanese comics, including Shigeru Mizuki’s Showa: A History of Japan and the latest manga from the creator of Tenkonkinkreet. Just ask at any enquiry desk or click the Place Reserve button when you search the item in our catalogue. 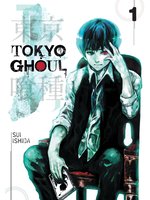 Tokyo Ghoul, Volume 1, Sui Ishida (ebook)
Volumes 1 to 5 now available to borrow on Overdrive
“Shy Ken Kaneki is thrilled to go on a date with the beautiful Rize. But it turns out that she’s only interested in his body—eating it, that is. When a morally questionable rescue transforms him into the first half-human half-Ghoul hybrid, Ken is drawn into the dark and violent world of Ghouls, which exists alongside our own. Rated: T+” (Overdrive description) 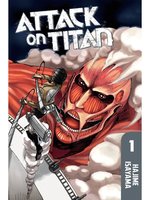 Attack on Titan, Volume 1, Hajime Isayama (ebook)
Volumes 1 to 16 now available to borrow on Overdrive
“In this post-apocalyptic sci-fi story, humanity has been devastated by the bizarre, giant humanoids known as the Titans. Little is known about where they came from or why they are bent on consuming mankind. Seemingly unintelligent, they have roamed the world for years, killing everyone they see. For the past century, what’s left of man has hidden in a giant, three-walled city. People believe their 100-meter-high walls will protect them from the Titans, but the sudden appearance of an immense Titan is about to change everything. Winner of the 2011 Kodansha Manga Award (Shonen) and nominated for the prestigious Osamu Tezuka Cultural Prize for 2012.” (Overdrive description) 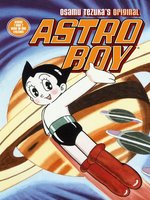 Astro Boy, Volumes 1 & 2, Osamu Tezuka (ebook)
Volumes 1 to 8 now available to borrow on Overdrive
“Dark Horse proudly presents one of the crown jewels of manga-Astro Boy! Created by the late Osamu Tezuka, a revered animator and cartoonist (who created over 150,000 pages of comics in his career!) considered the Walt Disney of Japan, Astro Boy was the first manga series to be adapted to animation and became a worldwide phenomenon, making Astro Boy the Mickey Mouse of anime-a jet-powered, super-strong, evil-robot-bashing, alien-invasion-smashing Mickey Mouse, that is! Exciting, whimsical, and touching, Astro Boy hearkens back to the classic era of comics and animation, featuring stories that readers young and old will enjoy. This special edition combines the first two volumes of the collected Astro Boy, in one value-priced collection!” (Overdrive description)

Showa, 1953-1989 : a history of Japan / Mizuki, Shigeru
“The final volume in the Eisner-nominated history of Japan; one of NPR’s Best Books of 2014 . Showa 1953-1989: A History of Japan” concludes Shigeru Mizuki’s dazzling autobiographical and historical account of Showa-period Japan, a portrait both intimate and ranging of a defining epoch. The final volume picks up in the wake of Japan’s utter defeat in World War II, as a country reduced to rubble struggles to rise again. The Korean War brings new opportunities to a nation searching for an identity. A former enemy becomes their greatest ally as the United States funnels money, jobs, and opportunity into Japan, hoping to establish the country as a bulwark against Soviet Communist expansion. Japan reinvents itself, emerging as an economic powerhouse. Events like the Tokyo Olympiad and the World’s Fair introduce a friendlier Japan to the world, but this period of peace and plenty conceals a populace still struggling to come to terms with the devastation of World War II.” (Adapted from catalogue)

Red snow / Katsumata, Susumu
“Continuing D+Q’s groundbreaking exploration of the fascinating world of Gekiga, this collection of short stories is drawn with great delicacy and told with subtle nuance by the legendary Japanese artist Susumu Katsumata. The setting is the premodern Japanese countryside of the author’s youth, a slightly magical world where ancestral traditions hold sway over a people in the full vigor of life, struggling to survive the harsh seasons and the difficult life of manual laborers and farmers. While the world they inhabit has faded into memory and myth, the universal fundamental emotions of the human heart prevail at the center of these tender stories.” (Adapted from catalogue)

Sunny. 1 / Matsumoto, Taiyō
“The latest manga masterpiece from the Eisner Award-winning creator of Tekkonkinkreet. What is Sunny? Sunny is a car. Sunny is a car you take on a drive with your mind. It takes you to the place of your dreams. Sunny is the story of beating the odds, in the ways that count. It’s the brand-new masterwork from Eisner Award-winner Taiyo Matsumoto, one of Japan’s most innovative and acclaimed manga artists. Translated by Tekkonkinkreet film director Michael Arias!” (Adapted from catalogue)