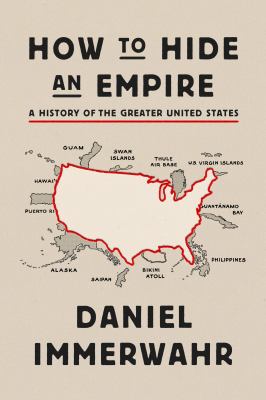 This month’s history picks span many eras and countries — China in the ’30s and ’40s, the French Resistance in World War II, the Scottish clearances and those dispossessed, the story of how factories have changed our society from the Industrial Revolution to the present day, and the history of the United States “outside the United States”. It’s a tapestry of times, places and people — stories on both a grand and a smaller scale. Have a browse and enjoy!

How to hide an empire : a history of the greater United States / Immerwahr, Daniel
“We are familiar with maps that outline all fifty states. And we are also familiar with the idea that the United States is an “empire,” exercising power around the world. But what about the actual territories–the islands, atolls, and archipelagos–this country has governed and inhabited? In How to Hide an Empire, Daniel Immerwahr tells the fascinating story of the United States outside the United States. In crackling, fast-paced prose, he reveals forgotten episodes that cast American history in a new light.” (Catalogue)

The Scottish clearances : a history of the dispossessed, 1600-1900 / Devine, T. M.
“Eighteenth-century Scotland is famed for generating many of the enlightened ideas which helped to shape the modern world. But there was in the same period another side to the history of the nation. Many of Scotland’s people were subjected to coercive and sometimes violent change, as traditional ways of life were overturned by the ‘rational’ exploitation of land use. The Scottish Clearances is a superb and highly original account of this sometimes terrible process, which changed the Lowland countryside forever, as it also did, more infamously, the old society of the Highlands. ” (Catalogue) 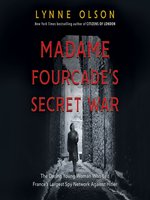 Madame Fourcade’s Secret War, Lynne Olson (Audiobook)
“The little-known true story of Marie-Madeleine Fourcade, the woman who headed the largest spy network in occupied France during World War II, from the bestselling author of Citizens of London and Last Hope Island. In 1941 a thirty-one-year-old Frenchwoman, a young mother born to privilege and known for her beauty and glamour, became the leader of a vast intelligence organization — the only woman to serve as a chef de résistance during the war. Strong-willed, independent, and a lifelong rebel against her country’s conservative, patriarchal society, Marie-Madeleine Fourcade was temperamentally made for the job. […] No other French spy network lasted as long or supplied as much crucial intelligence — including providing American and British military commanders with a 55-foot-long map of the beaches and roads on which the Allies would land on D-Day–as Alliance.” (Catalogue) 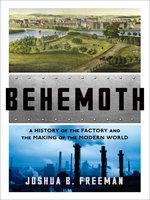 Behemoth, Joshua B. Freeman (ebook)
“In an accessible and timely work of scholarship, celebrated historian Joshua B. Freeman tells the story of the factory and examines how it has reflected both our dreams and our nightmares of industrialization and social change. He whisks readers from the early textile mills that powered the Industrial Revolution to the factory towns of New England to today’s behemoths making sneakers, toys, and cellphones in China and Vietnam. Behemoth offers a piercing perspective on how factories have shaped our societies and the challenges we face now.” (Overdrive description)