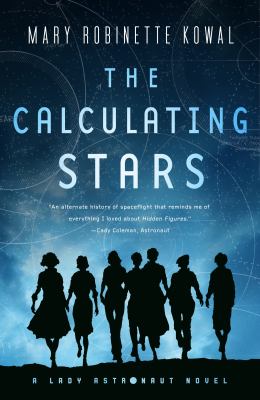 The long list for the 2018 Nebula best novel award has just been announced. The Nebula’s are one of the most prestigious awards in the Science Fiction and Fantasy community and are awarded annually by the Science Fiction and Fantasy Writers of America. They aim to recognise the best works of science fiction or fantasy published in America the previous year. They were first awarded in 1966 and now feature six categories the most recent category addition was in 2018 when a Best Game writing category was added. The latest list of nominees is incredibly varied and shows just how strong and vibrant the Science Fiction genre is.

The poppy war / Kuang, R. F.
“A powerful epic fantasy novel with roots in the 20th-century history of China. Opium runs through the heart of the Nikara Empire, a constant reminder of the war with the Federation of Mugen that brought it to the empire’s shores. A war that only ended thanks to three heroes – the Vipress, the Dragon Emperor and the Gatekeeper – known as the Trifecta. They were legendary figures, each bestowed with god-like powers, who united the warlords of the Empire against the Federation. Decades have passed. The Trifecta is shattered; the Dragon Emperor is dead, the Gatekeeper is missing, and the Vipress alone sits on the throne at Sinegard. Peace reigns, yet the poppy remains.” (Catalogue)

The calculating stars / Kowal, Mary Robinette
“On a cold spring night in 1952, a huge meteorite fell to earth and obliterated much of the east coast of the United States, including Washington D.C. The ensuing climate cataclysm will soon render the earth inhospitable for humanity, as the last such meteorite did for the dinosaurs. This looming threat calls for a radically accelerated effort to colonize space, and requires a much larger share of humanity to take part in the process. Elma York’s experience as a WASP pilot and mathematician earns her a place in the International Aerospace Coalition’s attempts to put man on the moon, as a calculator. Elma’s drive to become the first Lady Astronaut is so strong that even the most dearly held conventions of society may not stand a chance against her.” (adapted from Catalogue)

Blackfish City / Miller, Sam J
“After the climate wars, a floating city was constructed in the Arctic Circle. Once a remarkable feat of mechanical and social engineering, it has started to crumble under the weight of its own decay – crime and corruption have set in, a terrible new disease is coursing untreated through the population, and the contradictions of incredible wealth alongside deepest poverty are spawning unrest. Into this turmoil comes a strange new visitor – a woman accompanied by an orca and a chained polar bear. She disappears into the crowds looking for someone she lost thirty years ago, followed by whispers of a vanished people who could bond with animals. Her arrival draws together four people and sparks a chain of events that will lead to unprecedented acts of resistance.” (Catalogue)

Spinning silver / Naomi Novik
“Spinning Silver is a new take on the classic fairytale Rumpelstiltskin. Miryem is the daughter and granddaughter of moneylenders, but her father is not a very good one. Free to lend and reluctant to collect, he has left his family on the edge of poverty – until Miryem intercedes. Hardening her heart, she sets out to retrieve what is owed, and soon gains a reputation for being able to turn silver into gold. But when an ill-advised boast brings her to the attention of the cold creatures who haunt the wood, nothing will be the same again.” (adapted from Catalogue)

Already highly regarded is the stunning Trail of Lightning by Rebecca Roanhorse. It is an urban fantasy adventure novel written from a Native American viewpoint set in a future climate changed ravaged Earth,  its a powerful, unique and gripping read. 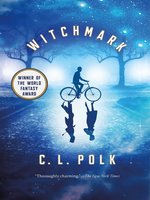 Witchmark, C. L. Polk (ebook)
“In an original world reminiscent of Edwardian England in the shadow of a World War, cabals of noble families use their unique magical gifts to control the fates of nations, while one young man seeks only to live a life of his own.” (adapted from Overdrive description)