In this post we take a look at some of the iconic albums and hidden gems in our CD and vinyl collection. All of these titles have black and white photographs as album art. Check out these excellent and eclectic albums. 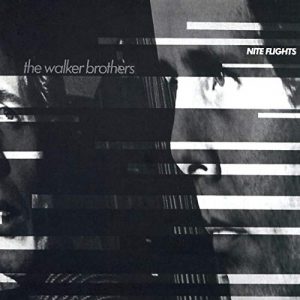 Nite flights by the Walker Brothers (1978)
The Walker Brothers were the three non-biologically-related kings of baroque pop in the 1960s, best known for their moody hits The Sun Ain’t Gonna Shine Anymore and Make it Easy on Yourself. In the late 60s, Scott Walker, the group’s most acclaimed member, went solo and released a series of heavily orchestrated albums filled with ennui and references to art-house movies. Scott is cited as one of David Bowie’s foremost influences, and it shows. On this 1978 album The Walker Brothers explored uncharted territory. This project was apparently inspired by Bowie’s Heroes, and that also shows.

The album’s opening track Shutout is a masterpiece: the hauntingly avant garde vocal harmonies pare well with the raw propulsion of the incandescent guitar solo. The song is distinguished by a driving baseline that sounds like it came from an alternate universe where disco was a dark and nihilistic genre. Then the Electrician turns the dread up to unprecedented heights before breaking into an overture of blissful strings. The first four songs are effectively a Scott Walker solo EP and stand together as a monumental statement. The production on the other tracks is certainly worth perusing, but those first four songs Shutout, Fat Mama Kick, Nite Flights and The Electrician are incomparable. This album can also be considered somewhat rare, and it isn’t available on Spotify, so make sure to pick it up next time you come into the library! 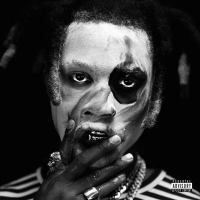 TA1300 by Denzel Curry (2018)
Denzel Curry’s most ambitious project to date is full of aggressive SoundCloud anthems, including Sumo and Clout Cobain. On this album Curry has clearly carved out his own corner of the hip-hop world. Curry generally raps forcefully on lo-fi trap influenced beats, but still leaves some space for r&b tinged instrumentation whether of the soulful or synth-pop variety on tracks Black Balloons and Cash Maniac respectively. Standout track, Vengeance, is a terrifying vision featuring an extremely malicious verse from avant-garde rapper JPEGMAFIA and a visceral shouted feature from trap-metal rapper Zillakami.

If you still need convincing of Denzel Curry’s merit and skill, check out his pumping cover of Rage Against the Machine’s Bulls on Parade. 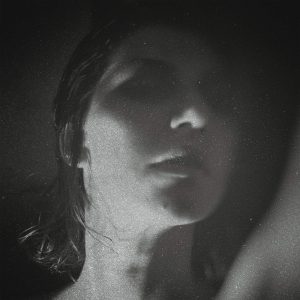 Party by Aldous Harding (2017)
Gothic tones and the misty port hills linger over Harding’s spellbinding sophomore effort. Harding’s lyrical subject matter is every bit as entrancing as her folk guitar. Unique song titles like What if Birds Aren’t Singing, They’re Screaming punctuate a superb New Zealand album. Another underrated highlight is the album closer, Swell Does the Skull. Harding’s distinctive voice is memorable, cohesive and enchanting. With Harding’s upcoming Designer album due for release shortly, now’s the perfect time to catch up with her discography. 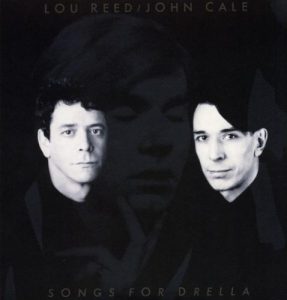 Songs for Drella by Lou Reed and John Cale (1990)
Upon the death of Andy Warhol, two illustrious alumni of the Velvet Underground reunited to produce this sublime record amidst a temporary detente in their relationship. The production is excellent, the biographical subject matter is engaging and the album stands up as a testament to two incandescent chemistry of two of the greatest musical minds of the 20th century. Recommended tracks include Open House and Style it Takes. 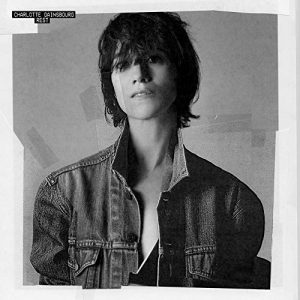 Rest by Charlotte Gainsbourg (2017)
Gainsbourg weaves together traditional French pop sounds with contemporary palettes to create a grand statement. The drums, pianos and synthesizers summon dark and foreboding dirges on tracks like Lying With You and Ring-A-Ring O’ Roses. Federico Garcia Lorca once wrote “I am the elephantine shadow of my own tears.” Similarly, Rest appears to be an immense product of Gainsbourg’s own grief, as Pitchfork writer Olivia Horn notes. The album highlight is Deadly Valentine, a dreamy pop song punctuated by a funky baseline and a richly arranged chorus.

View all posts by Joseph