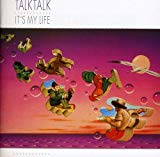 Mark Hollis, the lead vocalist of Talk Talk, has died.
Talk Talk were one of the finest bands of the 1980’s starting life as slightly left-field synth popsters. They swiftly moved into much more Avant Garde territory- their later works being powerfully moving pieces embracing a dizzying array of musical forms, from Debussy to free form Jazz, whilst still remaining resolutely original. Their later albums The Colour of Spring, Spirit of Eden and Laughing Stock are all rightfully regarded as classics. After the band split up he moved away from the music industry releasing only one self-titled album Mark Hollis. This solo album was a sparse, deep piece, melancholic and strangely uplifting at the same time; an album that has a real power to move the listener emotionally. (Neil J)