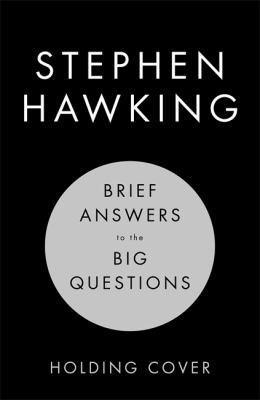 The popular science section is always fun to peruse — it’s interesting to see what topics are being thought about and considered, and whose legacy is being remembered and promoted.

Below we’ve included just a few of our picks of the new popular science books over the last few months. Our absolute favourite is a collection of answers to questions Stephen Hawking was asked across his long career as a public figure and popular science communicator — Brief answers to the big questions, but there’s lots more on a range of topics, including books on the history of the periodic table, the development of thinking about the atom, and how ancient DNA has changed our understanding of human history. Enjoy!

Brief answers to the big questions / Hawking, Stephen
“Professor Hawking was a brilliant theoretical physicist, an influential author and thinker, and a great popular communicator. Throughout his career he was asked questions by business leaders, politicians, entrepreneurs, academics and the general public on a broad range of subjects, from the origins of the universe to the future of the planet. Brief answers to the big questions brings together his thinking on the most timeless and the most-timely questions in science” (Catalogue)

Who we are and how we got here : ancient DNA and the new science of the human past / Reich, David
“David Reich describes how the revolution in the ability to sequence ancient DNA has changed our understanding of the deep human past. This book tells the emerging story of our often surprising ancestry – the extraordinary ancient migrations and mixtures of populations that have made us who we are. A groundbreaking book about how ancient DNA has profoundly changed our understanding of human history. Geneticists like David Reich have made astounding advances in the field of genomics, which is proving to be as important as archeology, linguistics, and written records as a means to understand our ancestry” (Catalogue) 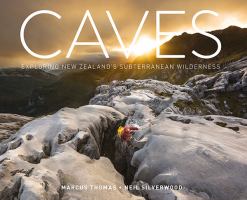 Caves : exploring New Zealand’s subterranean wilderness / Thomas, Marcus
“New Zealanders as a collective share a deep connection with the outdoors. Our rivers, forests, and mountains are part of our national identity but our caves are less well-known and often misunderstood. Though nearly every corner of the country has been explored and mapped, exploration beneath our land is still in its infancy. This book takes readers on a journey into New Zealand’s longest and deepest caves. In Caves: Exploring New Zealand’s Subterranean Wilderness, Marcus and Neil share their passion for caving with well-researched narrative and dramatic photos – it’s as close as you’ll get to real caving without getting your socks wet” (Catalogue)

The book of why : the new science of cause and effect / Pearl, Judea
“Correlation does not imply causation.’ This mantra was invoked by scientists for decades in order to avoid taking positions as to whether one thing caused another, such as smoking and cancer and carbon dioxide and global warming. But today, that taboo is dead. The causal revolution, sparked by world-renowned computer scientist Judea Pearl and his colleagues, has cut through a century of confusion and placed cause and effect on a firm scientific basis. Now, Pearl and science journalist Dana Mackenzie explain causal thinking to general readers for the first time, showing how it allows us to explore the world that is and the worlds that could have been” (Catalogue) 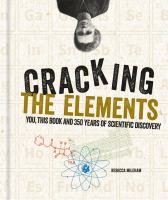 Cracking the elements / Mileham, Rebecca
“Get back to basics with Cracking the Elements, and learn all about the building blocks of life as we know it. From the earliest-known elements to those named in 2016, this book takes a comprehensive look at the development of the periodic table – and reveals untold stories, unsung pioneers and plenty of fascinating science along the way. “(Catalogue) 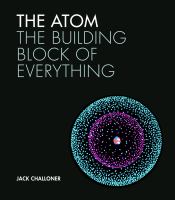 Atom : the building block of everything / Challoner, Jack
“Until now, popular science has relegated the atom to a supporting role in defining the different chemical elements of the periodic table. This bold new title places its subject center stage, shining the spotlight directly onto the structure and properties of this tiniest amount of anything it is possible to identify. The book covers a huge range of topics, including the development of scientific thinking about the atom” (Catalogue)