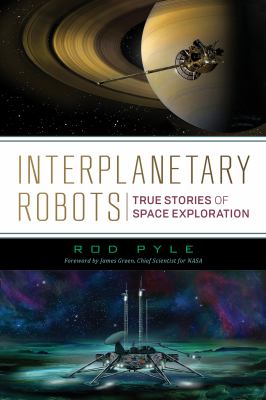 From old cars to the super technological Tesla and various expeditions through space. We have them all for this month’s new books. Missions to the moon : the story of man’s greatest adventure brought to life with augmented reality / Rod Pyle ; foreword by Gene Kranz.
“With dozens of stunning photographs and fascinating memorabilia track the birth of the space race and Yuri Gagarin’s first space flight, to the many successes and failures of the Apollo mission, all the way to that boots-on-the-ground moment we have come to know so well.” (Adapted from Syndetics summary)

We had one of those too! / Barnett, Stephen

“We Had One of Those Too! celebrates even more motoring memories from New Zealand’s golden age of motoring. Filled with a beautifully illustrated collection of cars, from the 1950s through to the 1970s, that Kiwis loved and drove during that period, this book is literally a nostalgic drive down memory lane.” (Adapted from Catalogue)

Electric motorcycles and bicycles : a history including scooters, tricycles, segways and monocycles / Desmond, Kevin
“Since 1881, isolated prototypes of electric tricycles and bicycles were patented and sometimes tested. Limited editions followed in the wartime 1940s, but it was not until the lithium-ion battery became available in the first decade of this century that urban pedelecs and more powerful open-road motorcycles became possible and increasingly popular. The author covers the lives of the innovative engineers who have developed these e-wheelers.” (Adapted from Catalogue)

Interplanetary robots : true stories of space exploration / Pyle, Rod
“Exploring the planets has been a goal of America’s space program since the dawn of the space race. This insider’s perspective examines incredible missions of robotic spacecraft to every corner of our solar system and beyond. Award-winning science writer Rod Pyle profiles both the remarkable spacecraft and the amazing scientists and engineers who made them possible.” (Adapted from Catalogue)

The Kaikoura job : rebuilding KiwiRail’s main north line / Merrifield, A. L. R.
“The sea-level mountain railway has a long story of dramatic moments and events. The men who completed it in the 1930s and 1940s always referred to it as ‘The Kaikoura Job’. This is the story of the scenic coastal line, from its early beginnings through to the reconstruction efforts following the devastating 2016 earthquake.” (Catalogue)

Insane mode : how Elon Musk’s Tesla sparked an electric revolution to end the age of oil / McKenzie, Hamish
“Tesla is a car company that stood up against not only the might of the government-backed Detroit car manufacturers, but also the massive power of Big Oil and its benefactors, the infamous Koch brothers. The award-winning Tesla Model 3, a premium mass-market electric car that went on sale in 2018, has reconfigured the popular perception of Tesla and continues to transform the public’s relationship with motor vehicles.” (Adapted from Catalogue)

Don’t make me pull over! : an informal history of the family road trip / Ratay, Richard
“In the days before cheap air travel, families didn’t so much take vacations as survive them. Between home and destination lay thousands of miles and dozens of annoyances, and with his family Richard Ratay experienced all of them–from being crowded into the backseat with noogie-happy older brothers, to picking out a souvenir only to find that a better one might have been had at the next attraction, to dealing with a dad who didn’t believe in bathroom breaks.” (Adapted from Catalogue)

The Penguin book of outer space exploration : NASA and the incredible story of human spaceflight
“From Sputnik to SpaceX, the story of that journey is told as never before in The Penguin Book of Outer Space Exploration. Renowned space historian John Logsdon traces the greatest moments in human spaceflight by weaving together essential, fascinating documents from NASA’s history with his expert narrative guidance.” (Adapted from Catalogue)

Wally Funk’s race for space : the extraordinary story of a female aviation pioneer / Sue Nelson.
“In 1961, Wally Funk was among the Mercury 13, the first group of American pilots to pass the ‘Women in Space’ programme. Wally sailed through a series of rigorous physical and mental tests, her scores beating many of the male candidates’, including those of John Glenn, the first American in orbit. But just one week before she was due to enter the final phase of training, the programme was abruptly cancelled. A combination of politics and prejudice meant that none of the women ever flew into space.” (Adapted from Catalogue)

Driven : the men who made Formula One / Eason, Kevin
“This colourful and compelling account of the extraordinary flourishing of Formula One explores the quirks and extravagances of the men who converged – in one generation – to shape their sport; disparate characters with a common impulse: they were racers – and they were driven.” (Adapted from Catalogue)