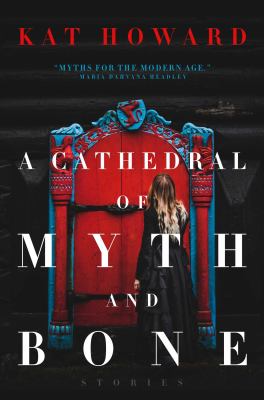 Bikes not rockets : intersectional feminist bicycle science fiction stories / edited by Elly Blue.
“As you ride down the intergalactic bike path, you come to a crossroads. Which path will you take? Your choice could determine your future, or the future of all humanity, forever. These twelve stories explore a variety of intersections set in distant, outlandish, or disturbingly realistic futures and dimensions–all involving bicycles and the breaking of gender stereotypes.” (Adapted from Syndetics summary)

How Long ’til Black Future Month?: Stories / N K Jemisin
“In these stories, Jemisin sharply examines modern society, infusing magic into the mundane, and drawing deft parallels in the fantasy realms of her imagination. Dragons and hateful spirits haunt the flooded streets of New Orleans in the aftermath of Hurricane Katrina. In a parallel universe, a utopian society watches our world, trying to learn from our mistakes. A black mother in the Jim Crow South must save her daughter from a fey offering impossible promises. And in the Hugo award-nominated short story The City Born Great, a young street kid fights to give birth to an old metropolis’s soul.” (Syndetics summary)

The lies of Locke Lamora : book one of the gentleman bastard sequence / Scott Lynch.
“They say that the Thorn of Camorr can beat anyone in a fight. They say he steals from the rich and gives to the poor. They say he’s part man, part myth, and mostly street-corner rumor. And they are wrong on every count.” (Adapted from Syndetics summary)

A cathedral of myth and bone / stories by Kat Howard.
“In these sixteen exquisite stories, Kat Howard deftly weaves in and out the countries of myth and hagiography to write the lives of women untold and unexplored.”  (Syndetics summary)

Splintered Suns (Humanity’s Fire, 5) / Michael Cobley
“For Pyke and his crew it should have been just another heist. Travel to a backwater desert planet, break into a museum, steal a tracking device then use it to find a ship buried in the planet’s vast and trackless sandy wastes. Except that the museum vault is a bio-engineered chamber, and the tracking device is sought after by another gang of treasure hunters led by an old adversary of Pyke’s, the devious Raven Kaligara.” (Adapted from Syndetics summary)

The labyrinth index / Charles Stross.
“Since she was promoted to the head of the Lords Select Committee on Sanguinary Affairs, every workday for Mhari Murphy has been a nightmare. It doesn’t help that her boss, the new Prime Minister of Britain, is a manipulative and deceptive pain in the butt. Mhari’s most recent assignment takes her across the pond into the depths of North America. The United States president has gone missing.” (Adapted from Syndetics summary)