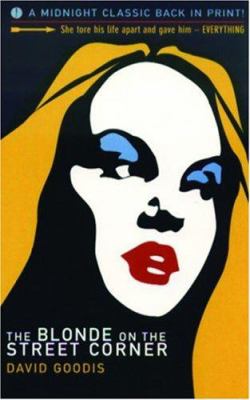 The subject was as easy to spot as a kangaroo in a dinner jacket”
― Raymond Chandler, Playback

Hard-boiled fiction is defined by Encyclopaedia Britannica as

Of course the style has now been used from authors around the world and it remains one of the most popular crime genre styles to this day. For this months mysteries showcase we have created a collection of of some of the authors we love who use its style or conventions. To open your appetite, below is just a very small selection of the sub genres most famous proponents.  Enjoy.

The postman always rings twice / James M. Cain.The Postman Always Rings Twice
“First published in 1934, The Postman Always Rings Twice caused a scandal with its explosive mix of violence and sex, and immediately became a bestseller. The torrid story of Frank Chambers, the amoral drifter, Cora, the sullen and brooding wife, and Nick Papadakis, the amiable but inconvenient husband, has become a classic of its kind, and established Cain as a major novelist with a spare and vital prose style and a bleak vision of America.” (Adapted from Syndetics summary)

The knife slipped / by Erle Stanley Gardner writing under the name A.A. Fair.
“Lost for more than 75 years, The Knife Slipped was shelved when Gardner’s publisher objected to (among other things) Bertha Cool’s tendency to “talk tough, swear, smoke cigarettes, and try to gyp people.” But this tale of adultery and corruption, of double-crosses and triple identities–however shocking for 1939–shines today as a glorious present from the past. Donald Lam has never been cooler- Bertha Cool has never been tougher. And Erle Stanley Gardner has never been better.” (Adapted from Syndetics summary)

The blonde on the street corner / David Goodis.
“‘She took a final drag at the cigarette, flipped it away, and said, I don’t get this line of talk. It’s way over my head… Maybe you’re waiting for some dream girl to come along in a coach drawn by six white horses, and she’ll pick you up and haul you away to the clouds, where it’s all milk and honey and springtime all year around. Maybe that’s what you’re waiting for. That dream girl.’ Written in 1954, The Blonde on the Street Corner is full of the passions and desires that are the hallmarks of a David Goodis novel.” (Adapted from Syndetics summary)

The Maltese falcon ; The thin man ; Red harvest / Dashiell Hammett ; with an introduction by Robert Polito.The Maltese Falcon
“As an operative for Pinkertons Detective Agency Dashiell Hammett knew about sleuthing from the inside, but his career was cut short by the ruin of his health in World War I. These three celebrated novels are therefore the products of a hard real life, not a literary education. Despite or because of that, Hammett had an enormous effect on mainstream writers between the wars. Like his readers, they were attracted by the combination of laconic style, sharp convincing dialogue, vivid settings and, above all, the low-life, hard-boiled characters who populate the streets of his stories.”   (Adapted from Syndetics summary)

Cotton comes to Harlem / Chester Himes.
“A classic entry in Chester Himes’s trailblazing Harlem Detectives series, Cotton Comes to Harlem is one of his hardest-hitting and most entertaining thrillers.
Flim-flam man Deke O’Hara is no sooner out of Atlanta’s state penitentiary than he’s back on the streets working the scam of a lifetime. As sponsor of the Back-to-Africa movement, he’s counting on a big Harlem rally to produce a massive collection–for his own private charity. But the take is hijacked by white gunmen and hidden in a bale of cotton that suddenly everyone wants to get his hands on.”  (Adapted from Syndetics summary)

Always outnumbered, always outgunned / by Walter Mosley.Always Outnumbered, Always Outgunned
“Socrates Fortlow, a tough, brooding ex-convict determined to challenge and understand the violence and anarchy in his world — and in himself. Three decades ago, the young Socrates had, in a burst of drunken rage, murdered a man and a woman with his huge rock-breaking hands. In each of the stories that comprise this richly brooding novel, Socrates Fortlow, like his namesake, explores philosophical questions of morality in a world beset with crime, poverty, and racism. He is an unforgettable presence and his perceptions cast a glow of somber lyricism upon an often harsh world. ” (Adapted from Syndetics summary)

The Mike Hammer omnibus. Vol. 2 / Mickey Spillane.
“Collected here for the first time are three of Mickey Spillane’s Mike Hammer novels that really deliver the goods, one shade blacker than noir – stories that begin in the gutter and go down from there. Here is a world where the only crime is getting caught, where justice can be bought for the price of a beer, and where corruption lies around every corner. This is Mike Hammer’s world. Welcome to it…and watch out.” (Adapted from Syndetics summary)