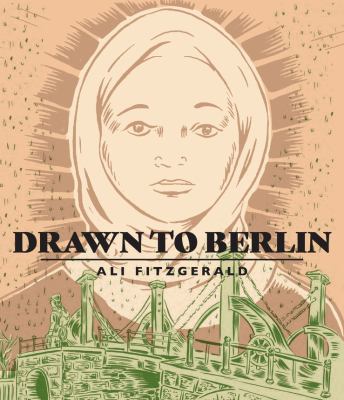 There is such a range of titles in the newly acquired comic collection.  The story writers, artists, pencillers and inkers that toil away on their own creations or contributions to others have produced a myriad of styles, stories and content. The latest batch includes material from diverse sources, refugee shelters in Europe through to the Lovecraftian Cthulhu mythos referencing Sherlock Holmes in Neil Gaiman’s,  A study in emerald. Enjoy!

Collecting sticks / Joe Decie.
“Observer Graphic Novel of the Month Collecting Sticks is a graphic novel about a family glamping trip. (It’s like camping, but much more expensive). Loosely based on actual events, but sometimes veering unexpectedly into fantasy, the story plays with the challenges nature presents to city folk as they forage for berries, get stuck up a tree, make perilous encounters with stinging wildlife, compete to build the best fire and discover the importance of finding good sticks. Also, it rains. It’s about the human desire to get back to nature. Or to return to childhood and hit things with sticks. Funny, moving, beautifully drawn, Collecting Sticks can stand beside Joff Winterhart’s classic graphic novel of family life, Days of the Bagnold Summer.” (Syndetics summary)

Everything is flammable / Gabrielle Bell.
“In Gabrielle Bell’s much anticipated graphic memoir, she returns from New York to her childhood town in rural Northern California after her mother’s home is destroyed by a fire. Acknowledging her issues with anxiety, financial hardships, memories of a semi-feral childhood, and a tenuous relationship with her mother, Bell helps her mother put together a new home on top of the ashes. A powerful, sometimes uncomfortable, examination of a mother-daughter relationship and one’s connection to place and sense of self. Spanning a single year, Everything is Flammable unfolds with humor and brutal honesty. Bell’s sharp, digressive style is inimitable.” (Syndetics summary) 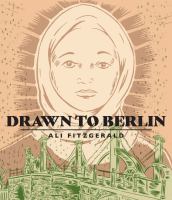 Drawn to Berlin : comic workshops in refugee shelters and other stories from a new Europe / Ali Fitzgerald.
“Ali Fitzgerald, an American cartoonist living and working in Berlin, began teaching comics-making to refugees in an emergency shelter. People who are fleeing their homes, now war-zones, arrive at a shelter and draw images of tragic violence and careful optimism. Now in a stunning graphic memoir, compassionate and unflinchingly intimate, Fitzgerald recounts her incredible experience, of the highs of the creatively hopeful, along with the deep depression of the disillusioned, entwining her story with complex themes of political and personal displacement.” (Syndetics summary)

A study in emerald / story and words, Neil Gaiman ; art and adaptation script, Rafael Albuquerque ; adaptation script, Rafael Scavone.
“This supernatural mystery set in the world of Sherlock Holmes and Lovecraft’s Cthulhu Mythos features a brilliant detective and his partner as they try to solve a horrific murder.The complex investigation takes the Baker Street investigators from the slums of Whitechapel all the way to the Queen’s Palace as they attempt to find the answers to this bizarre murder of cosmic horror!” (Syndetics summary)

Manifest destiny. Volume 6, Fortis & invisibilia / Chris Dingess, writer ; Matthew Roberts, penciller & inker ; Tony Akins, inker.
“Meriwether Lewis has slayed monsters in the pursuit of taming the wilds of America. Now, if he ever hopes to reach the Pacific coast, he must learn an important lesson: Don’t listen to the voices in your head.” (Syndetics summary)

Girl town / Carolyn Nowak.
“Bold, infatuated, wounded, or lost, Nowak’s girls shine with life and longing. Their stories — depicted with remarkable charm and insight — capture the spirit of our time. Diana got hurt a lot, and she’s decided to deal with this fact by purchasing a life-sized robot boyfriend. Mary and La-La host a podcast about a movie no one’s ever seen. Kelly has dragged her friend Beth out of her comfort zone and into a day at the fantasy market that neither of them will forget. Carolyn Nowak’s Girl Town collects the Ignatz Award-winning stories Radishes and Diana’s Electric Tongue together with several other tales of young adulthood and the search for connection.” (Syndetics summary)