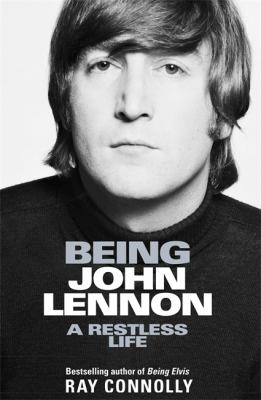 Check out these fascinating biographies of legendary musicians including John Lennon, Tina Turner and a great drummer Kenney Jones (Faces, The Who). These insightful stories should inspire you so take them out!

Being John Lennon : a restless life / Ray Connolly.
“Chronicling a troubled life, from that of the cast-aside child of a broken wartime marriage to his murder by a deranged fan, Being John Lennon analyses the contradictions in the singer-songwriter’s creative and destructive personality. Drawing on many interviews with Lennon, his first wife Cynthia and second Yoko Ono, as well as his girlfriend May Pang and song-writing partner Paul McCartney, this complex portrait is a revealing insight into a restless man whose emotional turbulence governed his life and talent.” (adapted from Syndetics summary)

My love story / Tina Turner ; with Deborah Davis and Dominik Wichmann.My Love Story: The Autobiography
“Tina Turner–the long-reigning queen of rock & roll and living legend–sets the record straight about her illustrious career and complicated personal life in this eye-opening and compelling memoir. My Love Story is an explosive and inspiring story of a woman who dared to break any barriers put in her way. ” (adapted from Syndetics summary)

Slowhand : the life and music of Eric Clapton / Philip Norman.
“Eric Clapton is acknowledged to be rock’s greatest virtuoso, the unrivalled master of the electric guitar. Clapton transfigured three of the 1960s’ most iconic bands, the Yardbirds, Cream and Blind Faith, walking away from each when it failed to measure up to his exacting standards. Finally going solo himself in the 1970s, he sold an estimated 129 million records. No life has been more rock ‘n’ roll than Clapton’s, with his epic consumption of drugs and alcohol, an insatiable appetite for expensive cars and clothes, and a notoriously turbulent love life.” (Syndetics summary)

Sound pictures : the life of Beatles producer George Martin : the later years, 1966-2016 / Kenneth Womack.
“More than anyone besides the bandmates themselves, George Martin was the man who created the unique sound of the Beatles. Sound Pictures offers a powerful and intimate account of how he did so. Now, more than fifty years after the Beatles’ revolutionary triumphs, Martin’s singular stamp on popular music has become more vital than ever, as successive generations discover the magic of the Beatles and their groundbreaking sound.” (adapted from Syndetics summary)

Let the good times roll : my life in Small Faces, Faces, and The Who / Kenney Jones.
“The long-awaited memoir of the legendary drummer’s life and times in the bands Small Faces, Faces, and The Who. Jones is regarded as one of the greatest drummers of all time, sought after by a wide variety of the best-known and best-selling artists to bring his unique skill into the studio for the recording of classic albums and songs. Let the Good Times Roll is a breathtaking immersion into music past that leaves readers feeling as if they lived it too.” (adapted from Syndetics summary)

Stone free : Jimi Hendrix in London, September 1966-June 1967 / Jas Obrecht.
“A compelling portrait of rock’s greatest guitarist at the moment of his ascendance, Stone Free is the first book to focus exclusively on the happiest and most productive period of Jimi Hendrix’s life. As it begins in the fall of 1966, he’s an under-sung, under-accomplished sideman. Nine months later, he’s the toast of Swinging London, a fashion icon, and the brightest star to step off the stage at the Monterey Festival.” (adapted from Syndetics summary) 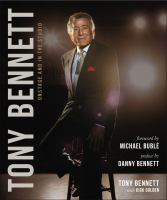 Tony Bennett, onstage and in the studio / Tony Bennett with Dick Golden ; foreword by Michael Bublé ; preface by Danny Bennett.
“This beautiful book–a follow-up to Tony Bennett: In the Studio (2007), which celebrated his prolific art career–features a foreword by award-winning singer Michael Bublé; a preface by Danny Bennett; more than 140 images, including photographs, personal memorabilia, album covers, notes, and artwork; as well as essays from celebrated friends and colleagues, making it an essential keepsake for all Bennett fans.” (Syndetics summary)