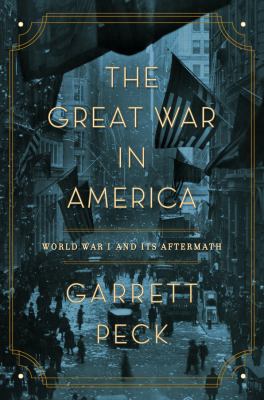 American cultural hegemony kicks off the New Year with books about everyone’s favourite superpower. Americans in World War 1 (twice!), World War 2, Reagan, the American Revolution, it’s all here. Fortunately we have some Kiwi content to balance it out with a collection of poetry and images about Te Waikoropupū Springs, and a collection of historical perspectives suitably titled New Zealand and the Sea.

The Great War in America : World War I and its aftermath / Garrett Peck.
“The Great War is often overlooked, especially compared to World War II, which is considered the “last good war.” The United States was disillusioned with what it achieved in the earlier war and withdrew into itself. Americans have tried to forget about it ever since. The Great War in America presents an opportunity to reexamine the country’s role on the global stage and the tremendous political and social changes that overtook the nation because of the war.” (Abridged Syndetics summary)

Ronald Reagan : an intellectual biography / David T. Byrne.
“Byrne’s account of the fortieth president augments previous work on Reagan with a new model for understanding him. Byrne shows how Reagan took conservatism and the Republican Party in a new direction, departing from the traditional conservatism of Edmund Burke and Russell Kirk. His desire to spread a “Kingdom of Freedom” both at home and abroad changed America’s political landscape forever and inspired a new conservatism that persists to this day.” (Abridged from Syndetics summary)

Airborne in 1943 : the daring Allied air campaign over the North Sea / Kevin Wilson.
“The year 1943 saw the beginning of an unprecedented bombing campaign against Germany. Over the next twelve months, tens of thousands of aircrews flew across the North Sea to drop bombs on German cities. They were opposed not only by the full force of the Luftwaffe, but by a nightmare of flak, treacherously icy conditions, and constant mechanical malfunction. Most of these crews were either shot down and killed or taken prisoner by an increasingly hostile enemy. This is the story of the everyday heroism of these crews in the days when it was widely believed that the Allies could win the Second World War by air alone. ” (Abridged from Syndetics summary)

Water protectors : the story of the campaign to save Te Waikoropupū Springs in poetry and images / Kevin Moran.
“Te Waikoropupū Springs in Golden Bay New Zealand is a national treasure, where crystal clear waters surge to the surface to form a bubbling fount. Over 90,000 people flock to visit each year, yet Te Waikoropupū is under deadly threat. Nitrate leaching from intensive dairy farms is the culprit – it threatens the ecosystem of tiny creatures that clean the waters of the Arthur Marble Aquifer which feeds the Springs. An environmental battle has broken out between those who want to protect Te Waikoropupū and the Tasman District Council who wants to allocate more water to intensive dairy farmers.” (Abridged from Syndetics summary)

New Zealand and the sea : historical perspectives / edited by Frances Steel.
“As a group of islands in the far south-west Pacific Ocean, New Zealand’s history is steeped in the sea. Its people have encountered the sea in many different ways: along the coast, in port, on ships, beneath the waves, behind a camera, and in the realm of the imagination. A multi-disciplinary work encompassing history, marine science, archaeology and visual culture, New Zealand and the Sea explores New Zealand’s varied relationship with the sea, challenging the conventional view that history unfolds on land.” (Abridged from Syndetics summary) 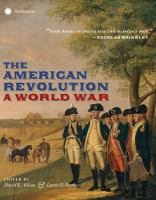 The American Revolution : a world war / edited by David K. Allison & Larrie D. Ferreiro ; essays by José María Blanco Núñez [and fifteen others].
“The American Revolutionary War stands as a monument to freedom and democracy the world over. The American Revolution: A World War provides a fuller story of a war that involved international interest and conflict. From acts of resistance like the Boston Tea Party to the “shot heard ’round the world,” the struggle for liberty and independence still resonates; this book offers new insight into the involvement of other nations and the colonists’ desire for a country that symbolized their values and the pursuit of the American way of life.” (Abridged from Syndetics summary)

Russia without Putin : money, power and the myths of the new Cold War / Tony Wood.
“In this timely and provocative analysis, Tony Wood looks beyond Putin to explore the profound changes Russia has undergone since 1991. In the process, he challenges many of the common assumptions made about contemporary Russia. Though commonly viewed as an ominous return to Soviet authoritarianism, Putin’s rule should instead be seen as a direct continuation of Yeltsin’s in the 1990s. And though many of Russia’s problems today are blamed on legacies of the Soviet past, Wood argues that the core features of Putinism are integral to the system set in place after the fall of Communism..” (Abridged from Syndetics summary)