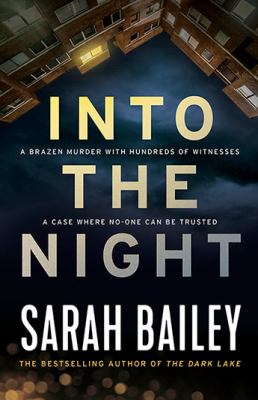 “It’s in the best tradition of detective fiction, I understand,” said Allyen with a smile.”
― Ngaio Marsh, Death and the Dancing Footman

Our final 2018 intake of newly acquired Mystery titles is an absolute cracker with new works from Elly Griffiths, Håkan Nesser, Karin Fossum, Anthony Horowitz and Quintin Hardine to name but a few. So why not take the load off your feet sit back and enjoy a jolly good murder mystery this festive season.

Down to the woods / M. J. Arlidge.
“There is a sickness in the forest. First, it was the wild horses. Now it’s innocent men and women, hunted down and murdered by a faceless figure. Lost in the darkness, they try to flee, they try to hide. In desperation, they call out for help. But there is no-one to hear their cries here… The arrow-ridden victims hang from the New Forest’s ancient oaks, like pieces of strange fruit. Why are helpless holidaymakers being targeted in peak camping season? Is a psychopath stalking the forest? Could the murders even be an offering to the Forest itself?” (Syndetics summary)

Into the night / Sarah Bailey.
“The riveting follow-up to The Dark Lake , acclaimed debut novel and international bestseller. The murder of homeless Walter Miller has priority with Melbourne police until another case takes precedence. Actor Sterling Wade, known for his television work, is killed during the filming of a crowd scene while being mobbed by actors costumed as zombies in what was to be his breakthrough movie role. Detectives Gemma Woodstock and Nick Fleet, assigned to the Wade case, are soon frustrated by a wealth of information but no leads. Only when Woodstock notices that the stab wounds on Miller and Wade seem identical do the two cases take a different turn.” (Syndetics summary)

The whisperer / Karin Fossum ; translated from the Norwegian by Kari Dickson.
“Ragna Riegel works in a supermarket and still lives in her childhood home. Ragna lives her life within strict self-imposed limits: she sits in the same seat on the bus every day, on her way to her predictable job. On her way home she always visits the same local shop. She feels safe in her routine, until one day she receives a letter with a threatening message scrawled in capital letters. An unknown enemy has entered her world and she must use all her means to defend herself. When the worst happens, Inspector Konrad Sejer is called in to interrogate Ragna. Is this unassuming woman out of her depth, or is she hiding a dark secret?” (Syndetics summary)

The stranger diaries / Elly Griffiths.
“Clare Cassidy is no stranger to murder. As a literature teacher specialising in the Gothic writer RM Holland, she teaches a short course on it every year. Then Clare’s life and work collide tragically when one of her colleagues is found dead, a line from an RM Holland story by her body. The investigating police detective is convinced the writer’s works somehow hold the key to the case. Not knowing who to trust, and afraid that the killer is someone she knows, Clare confides her darkest suspicions and fears about the case to her journal. Then one day she notices some other writing in the diary. Writing that isn’t hers.” (Syndetics summary)

The root of evil / Håkan Nesser.
“July 2007. A letter arrives on Inspector Barbarotti’s doorstep detailing a murder that is about to take place in his own quiet Swedish town. By the time the police track down the subject of the letter, he is already dead. So when a second letter arrives, then a third, and a fourth, it’s a game of cat and mouse to stop the killer before he can make good on all of his promises. Meanwhile, an anonymous diary is unearthed depicting the incidents of a two week holiday in France five years earlier, and it doesn’t take Barbarotti long to realise the people populating the diary are the ones whose lives are now in the balance.” (Syndetics summary)

Cold case / Quintin Jardine.
“Is a killer still on the loose? The story of the Body in the Quarry was well-known around Edinburgh all those years ago: a popular priest found dead in a frozen quarry; a suspect with a clear motive charged; a guilty verdict. But with a journalist uncovering new evidence, the cold case has come back to haunt Skinner’s old mentor Jimmy Proud – and only one man can help him.
Skinner is long out of the police force, but he can’t say no. With the clock ticking, and his friend’s reputation at stake, he must uncover the truth to find out if an innocent man was convicted for murder. And if a killer is still on the loose.” (Syndetics summary)

Miss Blaine’s prefect and the golden samovar / Olga Wojtas.
“Never underestimate a librarian. Comfortably padded and in her middle years, Shona McMonagle may look bookish and harmless, but her education at the Marcia Blaine School for Girls has left her with a deadly expertise in everything from martial arts to quantum physics. It has also left her with a bone-deep loathing for The Prime of Miss Jean Brodie, that scurrilous novel that spread scandalous untruths about the finest educational institution in Edinburgh. Her skills, her deceptively mild appearance, and her passionate loyalty make Shona the perfect recruit for a new and interesting project: Time-travel to Tzarist Russia, prevent a gross miscarriage of romance, and to see to it that only the right people get murdered. It’s a big job, but no task is too daunting for a Head Girl from Miss Blaine’s.” (Syndetics summary)