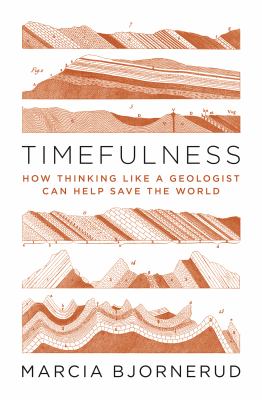 Reading non-fiction is a great way to reflect on the world we live in and the moment in history that we find ourselves inhabiting. Below you’ll find lots of great new immersive reads and different perspectives, experiences and arguments. Plus, if saving is on your list of New Year’s resolutions, we’ve also included some topical books from NZ personal finance journalist Mary Holm and others.

The children of Harvey Milk : how LGBTQ politicians changed the world / Reynolds, Andrew
“Part political thriller, part meditation on social change, part love story, The Children of Harvey Milk tells the epic stories of courageous men and women around the world who came forward to make their voices heard during the struggle for equal rights…” (Adapted from catalogue)

Rising out of hatred : the awakening of a former white nationalist / Saslow, Eli
“Son of Don Black, founder of the huge racist Internet community Stormfront, and godson of KKK Grand Wizard David Duke, Derek Black had his own white nationalist radio show at age 19, which he broadcast secretly while attending liberal New College in Florida. Students vociferously challenged him when his cover was blown, while others reached out — an Orthodox Jew invited him to Shabbat dinners — and Black felt compelled to question his beliefs… This is a book to help us understand the American moment and to help us better understand one another.” (Adapted from catalogue)

How to live forever : the enduring power of connecting the generations / Freedman, Marc
“In How to Live Forever, social entrepreneur Marc Freedman argues that we don’t need medical or scientific intervention to live forever. Instead of trying to be young, we can live forever (and save money) by being there for those who are young. Investing time with young people, mentoring, and passing wisdom from generation to generation, is truly living one’s legacy…” (Adapted from catalogue)

Eve was shamed : how British justice is failing women / Kennedy, Helena
“…In Eve Was Shamed Helena Kennedy forensically examines the pressing new evidence that women are still being routinely discriminated against when it comes to the law… The law holds up a mirror to society and it is failing women. In this richly detailed and shocking book, one of our most eminent human rights thinkers and practitioners shows with force and fury that change for women cannot come soon enough. And it must start at the heart of what makes society just.” (Adapted from catalogue)

Rich enough? : a laid-back guide for every Kiwi / Holm, Mary
“In this lively, jargon-free book you’ll learn how to kill off debt, curb spending, find your best KiwiSaver fund, save painlessly, buy a house – or be happy not buying one, and move confidently towards and through retirement. You’ll also learn why setting and forgetting your investments is the best strategy. …Unlike many writers of finance books, Mary is not selling any products or services (except this book!). She doesn’t want to sign you up for costly advice or courses or investments. She just wants you to do well…” (Adapted from catalogue)

Blood on the page : a murder, a secret trial and a search for the truth / Harding, Thomas
“A groundbreaking examination of a terrifying murder and its aftermath… In June 2006, police were called to number 9 Downshire Hill in Hampstead. The owner of the house, Allan Chappelow, was an award-winning photographer and biographer, an expert on George Bernard Shaw, and a notorious recluse, who had not been seen for several weeks. Someone had recently accessed his bank accounts, and attempted to withdraw large amounts of money…” (Adapted from catalogue)

Work like a woman : a manifesto for change / Portas, Mary
“…Speaking candidly about the traps she fell into – from aping the behaviour seen in aggressive corporate environments to recreating a male working culture within her own business – Mary will explode the myth of women ‘having it all’. She will also track her evolution as a business leader and the decision to rebuild her company from the ground up on a model that today embraces female values. Examining practical issues – including flexible working and equal pay – and also cultural ones – such as gender bias – Mary will argue for a revolution in the way in which we work…” (Adapted from catalogue)

Timefulness : how thinking like a geologist can help save the world / Bjornerud, Marcia
“This compelling book presents a new way of thinking about our place in time, enabling us to make decisions on multigenerational timescales. The lifespan of Earth may seem unfathomable compared to the brevity of human existence, but this view of time denies our deep roots in Earth’s history-and the magnitude of our effects on the planet. …Our everyday lives are shaped by processes that vastly predate us, and our habits will in turn have consequences that will outlast us by generations…” (Adapted from catalogue)

The desert and the sea : 977 days captive on the Somali pirate coast / Moore, Michael Scott
“…A sort of Catch-22 meets Black Hawk Down, The Desert and the Sea is written with dark humor, candor, and a journalist’s clinical distance and eye for detail. Moore offers an intimate and otherwise inaccessible view of life as we cannot fathom it, brilliantly weaving his own experience as a hostage with the social, economic, religious, and political factors creating it… wildly compelling….” (Adapted from catalogue)

The New Zealand money guide : all you need to know about becoming financially secure / Dudson, Lisa
“This book will help you: get clear on what is important to you in life, become more aware and mindful of how you spend your money, create positive and helpful money beliefs, have a good understanding of how to manage your money, understand the risks you may face and how to manage them, set achievable financial goals, feel less stressed about money, make a plan to pay off any debts you have, create more money and grow your wealth safely, and most importantly, become confident about managing and growing your finances” (Adapted from catalogue)