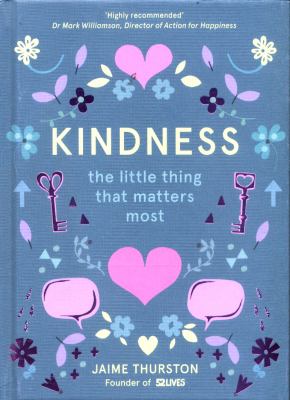 In these cynical times, we are often exhorted to just be kinder. Our first book shows how this can be achieved.

Kindness : the little thing that matters most / Jaime Thurston.
“The book is themed around 52 simple actions you can do to spread kindness. Interspersed throughout are nuggets of science explaining the positive effect kindness has on the brain and on the heart. This book is a call to action for people to live a more connected, fulfilling life. With inspirational quotes and personal stories this book will give you all the motivation you need to start spreading a little kindness – it’s free afterall!” (Adapted from Syndetics summary)

The unexpected genius of pigs / Matt Whyman ; illustrations by Micaela Lacaino.
“We often consider dogs to be our enduring sidekicks but the truth is domestic pigs have played a role in our lives for nearly as long. Pigs are highly social and smart. They like to play. They’re inventive, crafty and belligerent – and incredibly singleminded. Here is a charming ode to one of the most common, yet surprisingly intelligent, animals populating our landscapes. In this gentle and illuminating study, Matt Whyman embarks on a journey to uncover the heart and soul of an animal brimming with more energy, intelligence and playfulness than he could ever have imagined.” (Adapted from Syndetics summary) 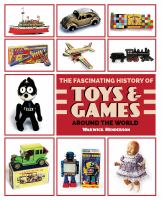 Heartland : a memoir of working hard and being broke in the richest country on Earth / Smarsh, Sarah
“During Sarah Smarsh’s turbulent childhood in Kansas in the 1980s and 1990s, the forces of cyclical poverty and the country’s changing economic policies solidified her family’s place among the working poor. By telling the story of her life and the lives of the people she loves, Smarsh challenges us to look more closely at the class divide in our country and examine the myths about people thought to be less because they earn less. Her personal history affirms the corrosive impact inter-generational poverty can have on individuals, families, and communities, and she explores this idea as lived experience, metaphor, and level of consciousness.” (Adapted from Catalogue)

Lords of the desert : Britain’s struggle with America to dominate the Middle East / Barr, James
“Upon victory in 1945, Britain still dominated the Middle East. She directly ruled Palestine and Aden, was the kingmaker in Iran, the power behind the thrones of Egypt, Iraq and Jordan, and protected the sultan of Oman and the Gulf sheikhs. But her motives for wanting to dominate this crossroads between Europe, Asia and Africa were changing. Where ‘imperial security’ – control of the route to India – had once been paramount, now oil was an increasingly important factor. So, too, was prestige. Unable to withstand Arab and Jewish nationalism, within a generation the British were gone. But that is not the full story…” (Adapted from Catalogue)

Fierce enigmas : a history of the United States in South Asia / Srinath Raghavan.
“South Asia looms large in American foreign policy. Over the past two decades, we have spent billions of dollars and thousands of human lives in the region, to seemingly little effect. As Srinath Raghavan reveals in Fierce Enigmas, this should not surprise us. For 230 years, America’s engagement with India, Afghanistan, and Pakistan has been characterized by short-term thinking and unintended consequences. Beginning with American traders in India in the eighteenth century, the region has become a locus for American efforts-secular and religious-to remake the world in its image.” (Adapted from Syndetics summary)

Reformation to Industrial Revolution, 1530-1780 / Christopher Hill.
“In 1530 England was a backward economy. Yet by 1780 she possessed a global empire and was on the verge of becoming the world’s first industrialized power. This book deals with the intervening 250 years, and explains how England acquired this unique position in history. Esteemed historian Christopher Hill recounts a story that begins with the break with Europe before hitting a tumultuous period of war and revolution, combined with a cultural and scientific flowering that made up the early modern period. It was in this era that Britain became home to imperial ambitions and economic innovation, prefiguring what was to come. Hill excavates the conditions and ideas that underpin this age of extraordinary change, and shows how, and why, Britain became the most powerful nation in the world.” (Adapted from Syndetics summary)

Dark commerce : how a new illicit economy is threatening our future / Shelley, Louise I
“Though mankind has traded tangible goods for millennia, recent technology has changed the fundamentals of trade, in both legitimate and illegal economies. In the past three decades, the most advanced forms of illicit trade have broken with all historical precedents and, as Dark Commerce shows, now operate as if on steroids, tied to computers and social media. Demonstrating that illicit trade is a business the global community cannot afford to ignore and must work together to address, Dark Commerce considers diverse ways of responding to this increasing challenge.” (Adapted from Catalogue)

Propaganda blitz : how the corporate media distort reality / Edwards, David
“Propaganda Blitz shows the damning effect of spin in UK media, not just in right-wing newspapers like the Sun, Times, Daily Mail, and the Express, but also in trusted liberal outlets like the BBC and the Guardian. The book uncovers a storm of top-down campaigns behind war reporting from Iraq, Syria, and Palestine, as well as the media’s destruction of the credibility of figures on the left, including Jeremy Corbyn, Russell Brand, and Hugo Chavez. Exposing propagandists at the top levels of the BBC, as well as their reporting on the Scottish Independence referendum, the dismantling of the National Health Service, and looming climate chaos, Propaganda Blitz shows how the corporate media hide the real issues from the public view, often completely reversing the truth.” (Adapted from Catalogue) 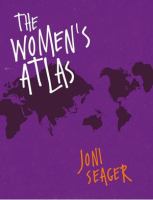 The women’s atlas / Seager, Joni
“The most comprehensive and accessible global analysis of key issues facing women: the advances that have been made and the distances still to be travelled. Joni Seager’s award-winning The Women’s Atlas illustrates the status of women worldwide today. Through cutting-edge infographics, the atlas portrays how women are living across continents and cultures.” (Adapted from Catalogue)

On the future : prospects for humanity / Rees, Martin J.
“Humanity has reached a critical moment. Our world is unsettled and rapidly changing, and we face existential risks over the next century. Various prospects for the future–good and bad–are possible. Yet our approach to the future is characterized by short-term thinking, polarizing debates, alarmist rhetoric, and pessimism. In this short, exhilarating book, renowned scientist and bestselling author Martin Rees argues that humanity’s future depends on our taking a very different approach to thinking about and planning for tomorrow.” (Adapted from Catalogue)