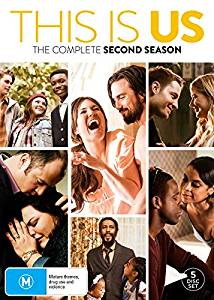 New DVDs added in November include the sequel to drug war thriller Sicario; spy drama with Beirut; the real-life story of Mary Shelley, and the creation of her immortal monster, and the poignant drama of a woman in her eighties planning a gruelling climbing trip the Scottish Highlands. New TV includes the 2nd seasons of This is Us & The Expanse, and the gripping re-imagining of the iconic Australian novel Picnic at Hanging Rock.

Sicario. Day of the soldado.
“In the drug war, there are no rules, and as the cartels have begun trafficking terrorists across the US border, federal agent Matt Graver calls on the mysterious Alejandro, whose family was murdered by a cartel kingpin. Alejandro kidnaps the kingpins daughter to inflame the conflict. But when the girl is seen as collateral damage, her fate will come between the two men.” (Syndetics summary)

Mary Shelley.
“The real-life story of Mary Shelley, and the creation of her immortal monster, is nearly as fantastical as her fiction. Raised by a renowned philosopher father in eighteenth-century London, Mary Wollstonecraft Godwin is a teenage dreamer determined to make her mark on the world, when she meets the dashing and brilliant poet Percy Shelley. So begins a torrid, bohemian love affair marked by both passion and personal tragedy that will transform Mary and fuel the writing of her Gothic masterwork, Frankenstein.” (Syndetics summary)

The spy who dumped me.
“Audrey and Morgan are two fairly ordinary 30-year-old women who live in Los Angeles. They are best friends, and they always stick together, so when Audrey discovers her ex-boyfriend is an international spy, Morgan joins her on an unlikely adventure. Together, the two of them must try to save him from assassins and help to save the world from a dangerous threat. As they travel around the globe with killers hot on their heels, they will discover hidden reserves of strength and cleverness that neither one of them knew they had.” (Syndetics summary)

Edie.
“Edith Moore (Edie) is a bitter, gruff woman in her eighties. In the months following her husband George’s death, Edie’s strained relationship with her daughter Nancy begins to worsen. The question over Edie’s future looms large; while Edie tries hard to convince Nancy she can manage fine by herself, Nancy is making plans for her mother to move into a retirement home. Edie feels like it is the beginning of the end. It seems she will die with all the regrets of her past intact and one regret haunts her most of all. When Edie was married, her father planned a climbing trip for them in the Scottish Highlands. Edie yearned to go, but her husband George, a difficult and controlling man, made her stay at home, nearly thirty years later, Edie decides to make the trip herself alone.” (Syndetics summary)

Picnic at Hanging Rock.
“A gripping re-imagining of the iconic Australian novel that plunges us into the mysterious disappearances of three schoolgirls and their governess on Valentine’s Day, 1900. Exploring the event’s far-reaching impact on the students and staff of Appleyard College and its enigmatic headmistress, theories soon abound, paranoia sets in and long-held secrets surface, as the Rock exerts its strange power and the dark stain of the unsolved mystery continues to spread.” (Syndetics summary)

This is us. The complete second season.
“Chronicles the Pearson family across the decades, from Jack and Rebecca as young parents in the 1980s to their 37 year old kids Kevin, Kate and Randall searching for love and fulfilment in the present day. This grounded, life affirming drama reveals how the tiniest events in people’s lives impact who they become, and how the connections they share with each other can transcend time, distance, and even death.” (Syndetics summary)

The expanse. Season two.
“A police detective in the asteroid belt, the first officer of an interplanetary ice freighter and an earth-bound United Nations executive slowly discover a vast conspiracy that threatens the Earth’s rebellious colony on the asteroid belt.” (Syndetics summary)

Beirut.
“Caught in the crossfires of civil war, CIA operatives must send a former US diplomat to negotiate for the life of a friend he left behind.” (Syndetics summary)