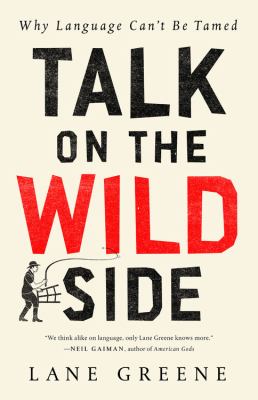 An inspiration to ‘the disenfranchised, marginalised and voiceless Indigenous communities’ heads our list today. It’s A long way from No Go, about the life of Tjanara Goreng Goreng, who was a disadvantaged Australian Aboriginal woman. A fascinating memoir.

A long way from No Go / Goreng Goreng, Tjanara
“This is a memoir of an Aboriginal woman, Tjanara Goreng Goreng, who began life without any of the advantages of her fellow non-Indigenous Australians except for grit, humour and diverse talent in spades. Life was tough and poor as an Aboriginal kid in No Go, in remote Queensland. Tjanara navigates the treacherous waters of her childhood, immersed in the legacy of 200 years of brutal treatment of her mother’s people that has left its suppurating scars deep in their psyche. This is a story of resilience, courage and Tjanara’s remarkable capacity to overcome every possible barrier that can be thrown up in Australian society. She is an inspiration to all fellow Australians and more specifically to the disenfranchised, marginalised and voiceless Indigenous communities.” (Adapted from the Catalogue)

Palaces for the people : how to build a more equal and united society / Klinenberg, Eric
“Too often we take for granted and neglect our libraries, parks, markets, schools, playgrounds, gardens and communal spaces, but decades of research now shows that these places can have an extraordinary effect on our health and wellbeing and that of society as a whole. Why? Because wherever people cross paths and linger, wherever we gather informally, strike up a conversation and get to know one another, relationships blossom and communities emerge – and where communities are strong, people are safer and healthier, crime drops and commerce thrives, and peace, tolerance and stability take root.” (Adapted from the Catalogue)

Talk on the Wild Side : Why Language Can’t Be Tamed
“Language is a wild thing. It is vague and anarchic. Style, meaning, and usage are continually on the move. Throughout history, for every mutation, idiosyncrasy, and ubiquitous mistake, there have been countervailing rules, pronouncements and systems making some attempt to bring language to heel. Talk on the Wild Side is both a guide to the great debates and controversies of usage, and a love letter to language itself. Holding it together is Greene’s infectious enthusiasm for his subject. While you can walk away with the finer points of who says “whom” and the strange history of “buxom” schoolboys, most of all, it inspires awe in language itself: for its elegance, resourcefulness, and power.” (Adapted from the Syndetics summary)

Unsettled : refugee camps and the making of multicultural Britain / Bailkin, Jordanna
“Refugee camps in Britain were never only for refugees. Refugees shared a space with Britons who had been displaced by war and poverty, as well as thousands of civil servants and a fractious mix of volunteers. Unsettled: Refugee Camps and the Making of Multicultural Britain explores how these camps have shaped today’s multicultural Britain. They generated unique intimacies and frictions, illuminating the closeness of individuals that have traditionally been kept separate–“citizens” and “migrants,” but also refugee populations from diverse countries and conflicts. As the world’s refugee crisis once again brings to Europe the challenges of mass encampment, Unsettled offers warnings from a liberal democracy’s recent past.” (Adapted from the Catalogue)

Best of enemies : the last great spy story of the Cold War / Russo, Gus
“The thrilling story of two Cold War spies — CIA case officer Jack Platt and KGB agent Gennady Vasilenko — and their improbable friendship at a time when they should have been anything but. In 1978, CIA maverick Jack Platt and KGB agent Gennady Vasilenko were new arrivals on the Washington, DC intelligence scene, with Jack working out of the CIA’s counterintelligence office and Gennady out of the Soviet Embassy. Both men, already notorious iconoclasts within their respective agencies, were assigned to seduce the other into betraying his country in the urgent final days of the Cold War, but instead the men ended up becoming the best of friends-blood brothers…” (Adapted from the Catalogue)

The tyranny of opinion : conformity and the future of liberalism / Blackford, Russell
“We live in an age of ideology, propaganda, and tribalism. Political conformity is enforced from many sides; the insidious social control that John Stuart Mill called “the tyranny of the prevailing opinion and feeling.” Liberal or left-minded people are often more afraid of each other than of their conservative or right wing opponents. Social media and call-out-culture makes it easier to name, shame, ostracize and harass non-conformists, and destroys careers and lives. How can we oppose this, regaining freedom and our sense of ourselves as individuals? The Tyranny of Opinion identifies the problem, defines its character, and proposes strategies of resistance. Russell Blackford calls for an end to ideological purity policing and for recommitment to the foundational liberal values of individual liberty and spontaneity, free inquiry, diverse opinion, and honest debate.” (Catalogue)

Democracy when the people are thinking : revitalizing our politics through public deliberation / Fishkin, James S
“This volume speaks to a recurring dilemma: listen to the people and get the angry voices of populism or rely on widely distrusted elites and get policies that seem out of touch with the public’s concerns. Instead, there are methods for getting a representative and thoughtful public voice that is really worth listening to. Democracy is under siege in most countries, where democratic institutions have low approval and face a resurgent threat from authoritarian regimes. Deliberative democracy can provide an antidote and can reinvigorate our democratic politics.” (Adapted from the Catalogue)

A seat at the table : congresswomen’s perspectives on why their presence matters / Kelly Dittmar, Kira Sanbonmatsu, and Susan J. Carroll.
“Drawing on personal interviews with women serving in the 114th Congress, the authors analyze the perspectives of women members as they seek to make a meaningful difference in the contemporary political environment. Unlike other studies of women in Congress, this book avoids looking at gender in a vacuum, instead considering how gender interacts with political party, race and ethnicity, seniority, chamber, and district characteristics to shape women’s representational influence.” (Syndetics summary)

Digital renaissance : what data and economics tell us about the future of popular culture / Joel Waldfogel.
“The digital revolution poses a mortal threat to the major creative industries–music, publishing, television, and the movies. The ease with which digital files can be copied and distributed has unleashed a wave of piracy with disastrous effects on revenue. Cheap, easy self-publishing is eroding the position of these gatekeepers and guardians of culture. Does this revolution herald the collapse of culture, as some commentators claim? Far from it.” (Adapted from the Syndetics summary)

Dangerous ideas about mothers / edited by Camilla Nelson & Rachel Robertson.
“Mothers are a topic on which almost everybody has an opinion, and always have. Now, however, those opinions are funnelled into and amplified on social media, where conversations turn ugly and advice is commercialised (read: the rise of the Mumpreneurs). Often, social media is understood as a place where mothers can either show off or shut up. It is from this idea of heightened scrutiny that Dangerous Ideas About Mothers takes its leave.” (Adapted from the Syndetics summary)

Impeaching the president : past, present, and future / Alan Hirsch.Impeaching a President: Past, Present, and Future
“It seems quite possible that President Trump will be impeached. …In response to the complexity of a rapidly evolving situation, constitutional scholar Alan Hirsch offers clear and to-the-point guidance for all matters relating to removing a sitting president–from the Founder’s constitutional protections against executive criminality, and the instructive impeachment stories of presidents Andrew Johnson, Richard Nixon, and Bill Clinton, to the particular ways that Donald Trump may be legally vulnerable, and the possibilities and limitations of presidential self-pardon.” (Adapted from the Syndetics summary)