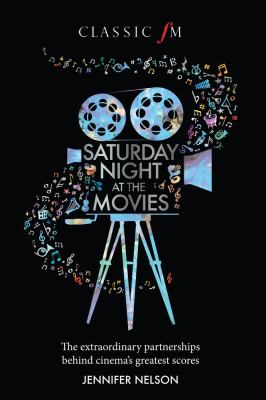 Check out some of these newly catalogued books on films and TV Series. They include the fascinating studies of popular TV series such as The Wire, and The Women Who Lived which tells stories about women in Doctor Who. Also, don’t miss the colourful book about the Wes Anderson’s latest work Isle of Dogs. 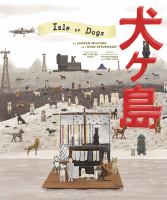 Isle of dogs / by Lauren Wilford and Ryan Stevenson ; foreword by Matt Zoller Seitz ; with an introduction by Taylor Ramos and Tony Zhou.
“Isle of Dogs is the only book to take readers behind the scenes of the beloved auteur’s newest stop-motion animated film. ​Through the course of several in-depth interviews with film critic Lauren Wilford, writer and director Wes Anderson shares the story behind Isle of Dogs‘s conception and production, and Anderson and his collaborators reveal entertaining anecdotes about the making of the film, their sources of inspiration, the ins and outs of stop-motion animation, and many other insights into their moviemaking process. Previously unpublished behind-the-scenes photographs, concept artwork, and hand-written notes and storyboards accompany the text.” (Syndetics summary) 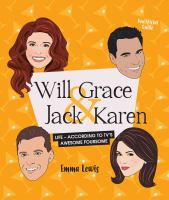 Will & Grace & Jack & Karen : life — according to tv’s awesome foursome / Emma Lewis ; illustrations by Chantel de Sousa.
“A fun guide to the important things in life, according to TV’s Will, Grace, Jack & Karen. Featuring fun and colorful illustrations throughout, Will & Grace & Jack & Karen brings you the questionable wisdom of TV’s awesome foursome. Find out which character is your true spirit animal with our handy quiz; get through your day with Karen Walker’s guide to drinking, and improve your job prospects with career advice from Jack McFarland. Full of inspiration, trivia, and hilarious quotes, Will & Grace & Jack & Karen is here to help you discover the secrets to maintaining the lifelong bonds between friends who are more like family.” (Syndetics summary) 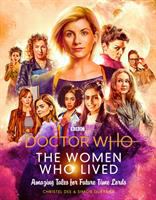 The women who lived : amazing tales for future Time Lords / Christel Dee & Simon Guerrier.
“From Sarah Jane Smith to Bill Potts, from Susan Foreman to the Thirteenth Doctor, women are the beating heart of Doctor Who. Whether they’re facing down Daleks or thwarting a Nestene invasion, these women don’t hang around waiting to be rescued – they roll their sleeves up and get stuck in. Scientists and soldiers, queens and canteen workers, they don’t let anything hold them back. Featuring historical women such as Agatha Christie and Queen Victoria alongside fan favourites like Rose Tyler and Missy, The Women Who Lived tells the stories of women throughout space and time. Beautifully illustrated by a team of all-female artists, this collection of inspirational tales celebrates the power of women to change the universe.”  (Syndetics summary)

Frasier : a cultural history / Joseph J. Darowski, Kate Darowski.
“For eleven seasons, radio psychiatrist Frasier Crane contended with his blue-collar ex-cop father Martin, English caretaker Daphne, coworker Roz, and his younger brother Niles. Looking at the world through Frasier’s aristocratic, witty lens, the show explored themes of love, loss, friendship, and what it might mean to live a full life. Both fans and critics loved Frasier, and the show’s 37 primetime Emmy wins are the most ever for a comedy series. In Frasier: A Cultural History, Joseph J. Darowski and Kate Darowski offer an engaging analysis of the long-running, award-winning show, offering insights into both the onscreen stories as well as the efforts behind the scenes to shape this modern classic.” (Syndetics summary)

Acting & auditioning for the 21st century : tips, trends, and techniques for film, stage, digital and new media / Stephanie Barton-Farcas.
“Acting & Auditioning for the 21st Century covers acting and auditioning in relation to new media, blue and green screen technology, motion capture, web series, audiobook work, evolving livestreamed web series, and international acting and audio work. Readers are given a methodology for changing artistic technology and the global acting market, with chapters covering auditions of all kinds, contracts, the impact of new technology and issues relating to disabled actors, actors of colour and actors that are part of the LGBTQIA community.” (Syndetics summary)

Saturday night at the movies : the extraordinary partnerships behind cinema’s greatest scores / Jennifer Nelson.
“A powerful score can make a movie truly extraordinary. The alchemy between composer and director creates pure cinematic magic, with songs and melodies that are recognizable and memorable. So what is their secret? Saturday Night at the Movies goes behind the scenes to reveal 12 remarkable partnerships, and how they have created the music that has moved millions. Discover how these collaborations began and what makes them so effective: the dynamic personalities, the creative chemistry, the flashes of genius. Featuring such luminaries as Alfred Hitchcock and Bernard Herrmann, Christopher Nolan and Hans Zimmer, and James Horner and James Cameron, this book explores the creation of film favorites such as Back to the Future, Fargo, Edward Scissorhands and more.” (Syndetics summary)