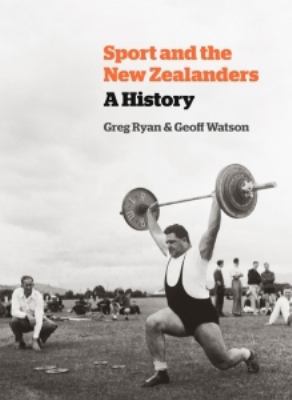 We hope that it will soon be the start of the golden weather for Wellington as here amongst the new books is Bruce Masons The End of the Golden Weather, the play which was first performed in 1959 and references a very different New Zealand from today. Also a nostalgic look at cars from the 1950’s to the 1970’s in We Had One of Those Too! There are biographies from Lizzie Marvelly and the iconic dance legend Jon Trimmer. Other topics include Eco homes, Anzacs, the Pacific, All Blacks and other sporting pursuits. As always a great variety on the new book shelves of the New Zealand Collection. 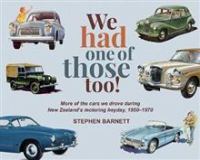 We had one of those too! / Stephen Barnett.
“We Had One of Those Too! celebrates even more motoring memories from New Zealand’s golden age of motoring. Filled with a beautifully illustrated collection of cars, from the 1950s through to the 1970s, that Kiwis loved and drove during that period, this book is literally a nostalgic drive down memory lane. We Had One of Those Too! showcases the cars that have become icons of New Zealand popular culture, and that we, or our parents and grandparents owned. ” (Syndetics summary)

Eco home : smart ideas for sustainable New Zealand homes / Melinda Williams.
“Everything you need to know to build, renovate or just live in an eco-friendly and sustainable way. With loads of inspirational photographs of New Zealand homes, this book is packed full of practical and accessible information. It presents the modern home by moving from room to room, to look at structural materials, furnishings and general life hacks to improve your personal green-star rating. As well as the living spaces (kitchen, bathroom, bedrooms, office, living area, utility rooms and outdoor areas) it also looks at the wider issues – why make an eco home at all?” (Syndetics summary)

Saviours of Zion : the Anzac story from Sinai to Palestine 1916-1918 / Archer, Christopher J.
“The book tells the story of the New Zealand Mounted Rifles Brigade (NZMR Brigade) which fought as part of the Egyptian Expeditionary Force (EEF) in the Sinai and Syria/Palestine from 1916 through to 1918. They operated in the Sinai alongside four Australian Light Horse Brigades (ALH Brigades) as part of Lieutenant General Sir Philip Chetwode’s ‘Desert Column’ but after June, 1917 they were reconstituted as The ‘Australian and New Zealand Division’ under Lieutenant General, Sir Harry Chauvel who commanded the ‘Desert Mounted Corps'”–Publisher information.” (Catalogue)

That F word : growing up feminist in Aotearoa / Marvelly, Elizabeth
“A wake-up call and a battle-cry for all Kiwi women. Lizzie Marvelly tells the story of New Zealand’s feminist roots, then traverses the modern landscape, tearing apart areas of gender imbalance and pervading attitudes to Kiwi women. In particular, Lizzie examines how men have been brought up with certain values — the rugby, racing and beer mentality we know all too well. Lizzie grew up an ardent Chiefs and All Blacks fan, but a wiser head now recognises that there are still endemic issues for society to address. Lizzie speaks about her own first-hand experiences with sexism and male misconduct, while also offering advice to young girls on how to take full control of their lives.” (Catalogue)

Why dance? / Trimmer, Jon
“An autobiography of Sir Jon Trimmer. The book is in two parts. The first is a narrative of Sir Jon’s career. In the second part he discusses aspects of dance and his career and has tips for aspiring dancers –Publisher information.” (Catalogue)

New Zealand’s great walks : the complete guide / Hersey, Paul
“New Zealand’s Great Walks are truly world class. In a country blessed with hundreds of spectacular tracks to choose from, these are considered the best of the best. They pass through some of our most breathtaking landscapes – including golden sand beaches, ancient rainforests and high mountains.” (Catalogue)

The Pacific : in the wake of Captain Cook with Sam Neill / Wilson-Anastasios, Meaghan
“A rich, complex and engaging account of Cook’s voyages across the Pacific, from actor and raconteur Sam Neill, in which Sam Neill retraces Cook’s footsteps, in the 250th anniversary year of Cook’s first voyage. Captain James Cook first set sail to the Pacific in 1768 – 250 years ago. These vast waters, one third of the earth’s surface, were uncharted – but not unknown. A rich diversity of people and cultures navigated, traded, lived and fought here for thousands of years.” (Catalogue)

Sport and the New Zealanders : a history / Ryan, Greg
“For many in New Zealand, prowess at sport replaces the social graces; in the pubs, during the furious session between 5pm and closing time an hour later, the friend of a relative of a horse trainer is a veritable patriarch. Sport has played a central part in the social and cultural history of Aotearoa New Zealand throughout its history. This book tells the story of sport in New Zealand for the first time, from the Māori world to today’s professional athletes. Through rugby and netball, bodybuilding and surf lifesaving, the book introduces readers to the history of the codes, the organisations and the players.” (Catalogue)

The jersey : the secrets behind the world’s most successful team / Bills, Peter
“New Zealand rugby is a dynasty that transcends all national barriers. As a culture and a model of humility and consistent success, which have led them to three Rugby World Cups, the world of rugby continues to look to the New Zealand model for guidance. Traditionally, the renowned All Blacks and those charged with guiding them have kept their rules of engagement close to their chests. The Jersey tells an extraordinary story with unprecedented access and insight, and explores the basic requirements and immense challenges required not only to become number one in the world, but remain consistently at the top.” (Catalogue)

Rugby rebel : the All Black accused of being a traitor / Tobin, Christopher
“Rugby Rebel investigates a sensational accusation made against brilliant All Black winger Duncan McGregor that he sold team secrets which cost the Original All Blacks their unbeaten record on the famous 1905 tour of Britain, France and the United States. What made it worse was that McGregor’s Accusers were some of his fellow All Blacks. But has his name been unfairly besmirched? This book tells McGregor’s extraordinary and previously untold story. Rugby Rebel shatters myths, offers new insights and provides enough information for the reader to decide whether McGregor was hero, or as his deractors claimed, villain.” (Catalogue)