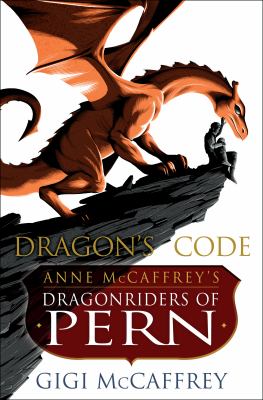 Dragons are a huge influence in fantasy writing. They are embedded in storytelling traditions from European legends of beasts snacking on villages, ripe for a conquering by a hero, to Chinese and East Asian elemental figures, kin to the people of the land. Many authors have worked these figures into tales contemporary and as part of creating new worlds.

There are a wealth of new titles featuring scaled, fire breathing, winged creatures. The McCaffrey clan’s Pern saga has another twist to the tale with Gigi McCaffrey’s Dragon’s code, and the soon to be released Fire & Blood: 300 Years Before Game of Thrones (A Targaryen History) by George R.R. Martin, delves into the history of the Dragonlords. Ursula le Guin’s Earthsea stories have all been gathered into a gorgeous new illustrated edition, The Books of Earthsea, celebrating the 50 years since the publication of A Wizard of Earthsea and N K Jemisin’s new short story collection How long ’til black future month? has dragons haunting post hurricane Katrina New Orleans.

Fire & Blood : 300 Years Before a Game of Thrones (A Targaryen History)
“The thrilling history of the Targaryens comes to life in this masterly work by the author of A Song of Ice and Fire. Centuries before the events of A Game of Thrones, House Targaryen–the only family of dragonlords to survive the Doom of Valyria–took up residence on Dragonstone. Fire & Blood begins their tale with the legendary Aegon the Conqueror, creator of the Iron Throne, and goes on to recount the generations of Targaryens who fought to hold that iconic seat, all the way up to the civil war that nearly tore their dynasty apart.” (Syndetics summary)

How Long ’til Black Future Month?: Stories
“In these stories, Jemisin sharply examines modern society, infusing magic into the mundane, and drawing deft parallels in the fantasy realms of her imagination. Dragons and hateful spirits haunt the flooded streets of New Orleans in the aftermath of Hurricane Katrina. In a parallel universe, a utopian society watches our world, trying to learn from our mistakes. A black mother in the Jim Crow South must save her daughter from a fey offering impossible promises. And in the Hugo award-nominated short story The City Born Great, a young street kid fights to give birth to an old metropolis’ soul” (Syndetics summary)

Dragon’s code / Gigi McCaffrey.Dragon’s Code: Anne McCaffrey’s Dragonriders of Pern
“The last time Thread attacked Pern, the world was unprepared for the fight–until the Oldtimers appeared. These courageous dragonriders arrived from the past, traveling four hundred years to help their descendants survive. But the collision of past and present took its toll. While most of the displaced rescuers adapted to their new reality, others could not abide the jarring change and found themselves in soul-crushing exile, where unhappiness and resentment seethed… Now, in a world already beset by Thread, another, more insidious danger looms: For the first time in living memory, dragons may be on the verge of fighting dragons.” (Syndetics summary)

Scales of empire / Kylie Chan.
“Corporal Jian Choumaliis on the mission of a lifetime – security officer on one of Earth’s huge generation ships, fleeing Earth’s failing ecosystem to colonise a distant planet. The ship encounters a technologically and culturally advanced alien empire, led by a royal family of dragons. The empire’s dragon emissary offers her aid to the people of Earth, bringing greater health, longer life, and faster-than-light travel to nearby stars.” (Syndetics summary)

The forbidden city / Deborah A. Wolf.
“The Dragon King is dying. As heir to his throne Sulema must be trained to take his place, yet the more she learns, the less she trusts the sinister agendas that surround her. Knowing that her life hangs in the balance, Sulema seeks to return to the Zeera. Salvation may lie with her mother, Hafsa Azeina, who walks the dark and deadly pathways of the Dreaming Lands. To save her daughter, the dreamshifter will be forced to strike a pact with her greatest enemy, a huntress who would rather kill her than assist her.” (Syndetics summary)

The empire of ashes / Anthony Ryan.The Empire of Ashes
“For hundreds of years, the Ironship Trading Syndicate was fueled by drake blood–and protected by the Blood-blessed, those few who could drink it and wield fearsome powers. Drake of unimaginable power has risen, and it commands an army of both beasts and men. Humanity itself is at stake, but with the aid of ancient knowledge, revolutionary technology and unexpected allies, all hope is not lost. Saving the world will require sacrifice, as Clay, Lizanne and Hilemore will see all they know either consumed by flames or reborn from the ashes.” (Adapted from Syndetics summary)

Stygian / Sherrilyn Kenyon.
“Born before man recorded time, I lived for thousands of years believing myself to be something I’m not. Lied to and betrayed by gods, Daimons and Dark-Hunters, I’ve struggled to find my way in a world where I’ve been cursed since the moment I was prematurely ripped from my mother and planted into the womb of an innocent woman who thought me her son. Trained as a slayer and predator, I learned to fit in and stay low. To become a tool for evil. Until I was sent to kill the one woman I couldn’t. My hesitation cost her her life. Or so I thought…” (Syndetics summary)

Spymaster / Margaret Weis and Robert Krammes.
“The start of a swashbuckling adventure from New York Times bestselling author Margaret Weis and Robert Krammes.
Captain Kate Fitzmaurice was born to sail. She has made a life of her own as a privateer and smuggler. Hired by the notorious Henry Wallace, spymaster for the queen of Freya, to find a young man who claims to be the true heir to the Freyan, she begins to believe that her ship has finally come in.” (Syndetics summary)