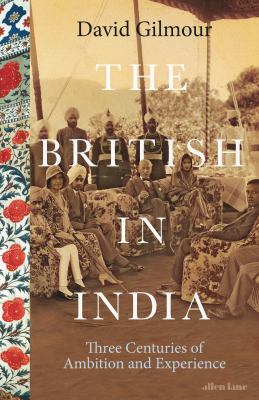 This month’s history picks contain one book that made some serious headlines earlier this year upon release. If you want to see what all the fuss is about, jump on the reserve queue for Bob Woodward’s Fear: Trump in the White House. Further down the chain of command, we’ve also got The Shadow President about Vice President Mike Pence and his political background. In an effort to make this section a bit less modern-US-focused, we’ve also got some (less tweeted about) books covering Paris, the Zulu nation, Ancient Greece, and British/Indian relations.

Vietnam : An Epic Tragedy, 1945-1975
“Vietnam became the Western world’s most divisive modern conflict, precipitating a battlefield humiliation for France in 1954, then a vastly greater one for the United States in 1975. Max Hastings has spent the past three years interviewing scores of participants on both sides, as well as researching a multitude of American and Vietnamese documents and memoirs, to create an epic narrative of an epic struggle. Here are the vivid realities of strife amid jungle and paddies that killed two million people.” (Abridged from Syndetics summary)

City of light : the reinvention of Paris / Rupert Christiansen.
“In 1853 the French emperor Louis Napoleon inaugurated a vast and ambitious programme of public works, directed by Georges-Eugène Haussmann, the prefect of the Seine. Haussmann’s renovation of Paris would transform the old medieval city of squalid slums and disease-ridden alleyways. City of Light charts a fifteen-year project of urban renewal which – despite the interruptions of war, revolution, corruption and bankruptcy – would set a template for nineteenth and early twentieth-century urban planning and create the enduring and globally familiar layout of modern Paris.” (Abridged from Syndetics summary)

Road to disaster : a new history of America’s descent into Vietnam / Brian VanDemark.
“Road to Disaster is the first history of the Vietnam War to look at the cataclysmic decisions of those in the Kennedy and Johnson administrations through the prism of recent research in cognitive science, psychology, and organizational theory to explain why the “Best and the Brightest” became trapped in situations that suffocated creative thinking and willingness to dissent, why they found change so hard, and why they were so blind to their own errors.” (Abridged from Syndetics summary)

Fear : Trump in the White House / Bob Woodward.
“With authoritative reporting honed through eight presidencies from Nixon to Obama, author Bob Woodward reveals in unprecedented detail the harrowing life inside President Donald Trump’s White House and precisely how he makes decisions on major foreign and domestic policies. Woodward draws from hundreds of hours of interviews with firsthand sources, meeting notes, personal diaries, files and documents. The focus is on the explosive debates and the decision-making in the Oval Office, the Situation Room, Air Force One and the White House residence. Fear is the most intimate portrait of a sitting president ever published during the president’s first years in office.” (Abridged from Syndetics summary)

Primary sources for ancient history / by Gary Forsythe.
“Primary Sources for Ancient History, Volume I: The Ancient Near East and Greece is a comprehensive selection of ancient writings to supplement a narrative history. Beginning with the Old Babylonian Kingdom of nearly four millennia ago and moving chronologically and geographically to the Egyptian Pharaohs, the dispossessed Jewish nations, the fractured city-kingdoms of Ancient Greece, to end with Alexander’s domination of the known world, this book is comprehensive in scope. Every major period and people has at least one reading.” (Abridged from Syndetics summary)

The Washing of the Spears : A History of the Rise of the Zulu Nation Under Shaka and Its Fall in the Zulu War of 1879
“Filled with colorful characters, dramatic battles like Isandhlwana and Rorke’s Drift, and an inexorable narrative momentum, this unsurpassed history details the sixty-year existence of the world’s mightiest African empire–from its brutal formation and zenith under the military genius Shaka (1787-1828), through its inevitable collision with white expansionism, to its dissolution under Cetshwayo in the Zulu War of 1879.” (Syndetics summary)

The British in India: The Lives and Experiences
“David Gilmour has spent decades researching in archives, studying the papers of many people who have never been written about before, to create a magnificent tapestry of British life in India. It is exceptional work of scholarly recovery portrays individuals with understanding and humour, and makes an original and engaging contribution to a long and important period of British and Indian history.” (Abridged from Syndetics summary)

The shadow president : the truth about Mike Pence / Michael D’Antonio and Peter Eisner.
“In this landmark biography, Pulitzer Prize-winner Michael D’Antonio and Emmy-nominated journalist Peter Eisner follow the path Pence followed from Catholic Democrat to conservative evangelical Republican. They reveal how he used his time as rightwing radio star to build connections with powerful donors; how he was a lackluster lawmaker in Congress but a prodigious fundraiser from the GOP’s billionaire benefactors; and how, once he locked in his views on the issues–anti-gay, pro-gun, anti-abortion, pro big-business–he became laser-focused on his own pursuit of power.” (Abridged from Syndetics summary)