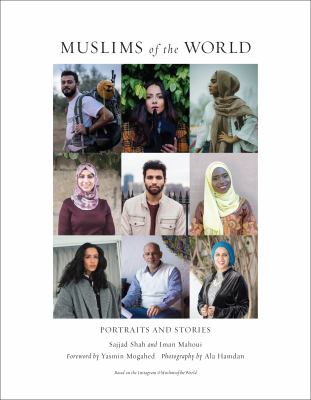 From immortality to death, our books this time contain a wide range of topics!

The only girl : my life and times on the masthead of Rolling Stone / Green, Robin
“In 1971, Robin Green had an interview with Jann Wenner at the offices Rolling Stone magazine. She had just moved to Berkeley, California, a city that promised “good vibes all-a time.” Those days, job applications asked just one question, “What are your sun, moon and rising signs?” Green thought she was interviewing for a clerical job like the other girls in the office, a “real job.” Instead, she was hired as a journalist. Brutally honest and bold, Green reveals what it was like to be the first woman granted entry into an iconic boys’ club.”(Catalogue (adapted)) 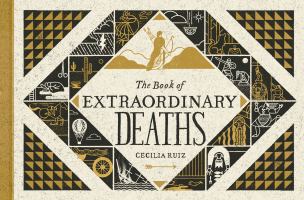 The book of extraordinary deaths : true accounts of ill-fated lives / Ruiz, Cecilia
“…The Book of Extraordinary Deaths introduces readers to the bizarre demises of thinkers, writers, monarchs, artists, and notable nobodies throughout history. Beginning in the fifth century BC with the morbidly unusual death of Aeschylus and journeying chronologically to identical twins–who died on the same day–in the present day, readers will learn of people they may or may not have ever heard of, but will forever remember for their memorable final moments…” (Catalogue (adapted))

The future of humanity : terraforming Mars, interstellar travel, immortality, and our destiny beyond Earth / Kaku, Michio
“Having debuted at No. 1 on the New York Times best sellers list with 2014’s The Future of the Mind, celebrated CUNY physicist Kaku goes back to the future with this study of how humans might eventually move away from Earth and build a sustainable civilization out there somewhere. …Human civilization is on the verge of spreading beyond Earth. More than a possibility, it is becoming a necessity- whether our hand is forced by climate change and resource depletion or whether future catastrophes compel us to abandon Earth, one day we will make our homes among the stars …and perhaps even achieve immortality.” (adapted from Catalogue)

Melanin monologues : a black British perspective / Adjaye, Natreema A.
“Melanin Monologues documents the journey of a Black woman’s struggle to regain her self-esteem and cultural pride in British society. The chronicles provide some insight into the ways that racial classifications and stereotypes have influenced Black British communities. Natreema Adjaye strives to project a voice that has been obscured and ignored for the longest time. The monologues presents an honest account of what it means to be Black and British in a society where African identity has been defined from a Eurocentric standpoint.” (Catalogue)

Exploding data : reclaiming our cyber security in the digital age / Chertoff, Michael
“The most dangerous threat we – individually and as a society and country – face today is no longer military, but rather the increasingly pervasive exposure of our personal information; nothing undermines our freedom more than losing control of information about ourselves. And yet, as daily events underscore, we are ever more vulnerable to cyber-attack. In offering his compelling call for action, Chertoff argues that what is at stake is not so much the simple loss of privacy, which is almost impossible to protect, but of individual autonomy – the ability to make personal choices free of manipulation or coercion.” (adapted from Catalogue)

Rise & resist : how to change the world / Press, Clare
“Rise & Resist takes a wild trip through the new activism sweeping the world. The political march is back in a big way, as communities rally to build movements for environmental and social justice. Join Press as she tracks the formation of a new counterculture, united by a grand purpose- to rethink how we live today to build a more sustainable tomorrow.” (adapted from Catalogue)

Let’s talk about death over dinner : an invitation and guide to life’s most important conversation / Hebb, Michael
“Of the many critical conversations we will all have throughout our lifetime, few are as important as the ones discussing death – and not just the practical considerations, such as DNRs and wills, but what we fear, what we hope, and how we want to be remembered. Let’s Talk About Death (over Dinner) offers keen practical advice on how to have these same conversations – not just at the dinner table, but anywhere.” (adapted from Catalogue)

Future politics : living together in a world transformed by tech / Susskind, Jamie
“Future Politics confronts one of the most important questions of our time: how will digital technology transform politics and society? The great political debate of the last century was about how much of our collective life should be determined by the state and what should be left to the market and civil society. In the future, the question will be how far our lives should be directed and controlled by powerful digital systems – and on what terms?” (adapted from Catalogue)

Hello world : being human in the age of algorithms / Fry, Hannah
“If you were accused of a crime, who would you rather decide your sentence – a mathematically consistent algorithm incapable of empathy or a compassionate human judge prone to bias and error? What if you want to buy a driverless car and must choose between one programmed to save as many lives as possible and another that prioritizes the lives of its own passengers? And would you agree to share your family’s full medical history if you were told that it would help researchers find a cure for cancer? These are just some of the dilemmas that we are beginning to face as we approach the age of the algorithm, when it feels as if the machines reign supreme.” (adapted from Catalogue) 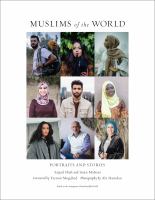 Muslims of the world : portraits and stories of hope, survival, loss, and love / Shah, Sajjad
“We are living in a time of unrest for many members of the Islamic faith around the globe. Enter Muslims of the World, a book based on the popular Instagram account @MuslimsoftheWorld1. Like the account, the book’s mission is to tell the diverse stories of Muslims living in the US and around the world. Whether it is telling a story about a young Syrian refugee who dreams of being a pilot or about a young girl’s decision to not remove her hijab, which in turn saved her family’s life, Muslims of the World aims to unite people of all cultures and faiths by sharing the hopes, trials, and tribulations of Muslims from every walk of life.” (adapted from Catalogue)

People like us : the new wave of candidates knocking at democracy’s door / Bhojwani, Sayu
“The system is rigged: America’s political leadership remains overwhelmingly white, male, moneyed, and Christian. But in People Like Us, political scientist Sayu Bhojwani shares the stories of a diverse and persevering range of local and state politicians from across the country who are challenging the status quo, winning against all odds, and leaving a path for others to follow in their wake. In accessible prose, Bhojwani shines a light on the political, systemic, and cultural roadblocks that prevent government from effectively representing a rapidly changing America, and offers forward-thinking solutions on how to get rid of them.” (adapted from Catalogue)