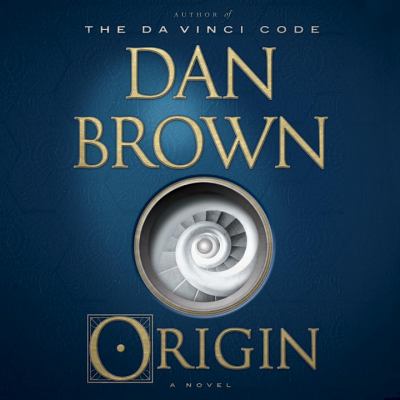 Audiobooks are free at Wellington Central Library! If you’re downloading or listening on CD there is no charge and the lending period for books on CD is still four weeks. We have collected all of the CD audiobooks at the Central Library and you can now find them at the end of the Fiction collection on the ground floor, just to the side of the Fiction Enquiries desk.

Books on CD are a curious phenomena in the story telling world- a whole book read to you as you choose to hear it! No USB port in your vehicle? Books on CD are great for a road trip, lengthy car trips become a time to enjoy a tale. A ten CD set can be devoured in one sitting, well you might need a comfort stop or three. Admittedly, there is the odd cringe at the delivery of the occasional narrator, but the variety of classic titles to newly published material, read by an array of performers means that there is plenty to choose from.

There are some great titles to borrow have look at some of our new acquisitions below: Earthly remains / Leon, Donna
“During an interrogation Commissario Guido Brunetti acts rashly, doing something he will quickly come to regret. In the aftermath, he begins to doubt his career choices and realises that he needs a break. Granted leave from the Questura, Brunetti is shipped off to a villa on Sant’Erasmo- a place of rest, reflection, and reading. Then David Casati, the caretaker, goes missing after a storm, and Brunetti feels compelled to investigate.” (Catalogue) 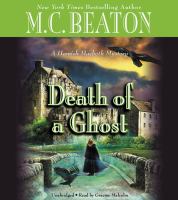 Death of a ghost / Beaton, M. C
“When Police Sergeant Hamish Macbeth hears reports of a haunted castle near Drim, he assumes the eerie noises and lights reported by the villagers are just local teenagers. Still, Hamish decides that he and his policeman, Charlie “Clumsy” Carson, will spend the night at the ruined castle to get to the bottom of the rumors once and for all. There’s no sign of any ghost… but a dead body propped against the wall. Something strange and deadly is going on at the castle, and Hamish must get to the bottom of it before the “ghost” can strike again…” (Catalogue) 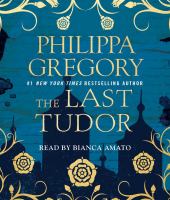 The last Tudor / Gregory, Philippa
“The latest novel from Philippa Gregory features one of the most famous girls in history, Lady Jane Grey, and her two sisters, each of whom dared to defy her queen. At seventeen, Lady Jane Grey was England’s queen for nine days before Mary Tudor claimed the throne and had her executed. Jane’s younger sister, Katherine, was locked in the Tower of London by queens Mary and Elizabeth to prevent her producing a Tudor son. But the last Grey sister, a beautiful dwarf disregarded by the court, keeps her family’s secrets.” (Catalogue) 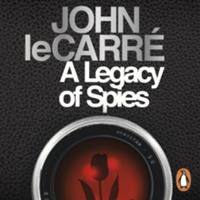 A legacy of spies / Le Carré, John
“Spymaster le Carré returns with his greatest creation, George Smiley. Peter Guillam, staunch colleague and disciple of George Smiley of the British Secret Service, otherwise known as the Circus, has retired to his family farmstead on the south coast of Brittany when a letter from his old Service summons him to London. The reason? His Cold War past has come back to claim him. Intelligence operations that were once the toast of secret London are to be scrutinised by a generation with no memory of the Cold War.” (Catalogue) 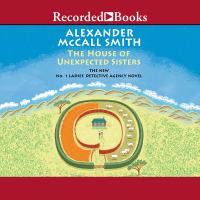 The house of unexpected sisters / McCall Smith, Alexander
“Precious Ramotswe and Grace Makutsi investigate a new mystery and learn valuable lessons about first impressions and forgiveness in this latest installment of this irresistibly charming series. Precious Ramotswe has always idolised her father, the late Obed Ramotswe. She feels that she knows all about his life, but does she? Sometimes our parents surprise us, and we discover that things were not quite what we thought them to be.” (Catalogue) The terranauts / Boyle, T. Coraghessan
“It’s 1994, and in the Arizona desert a grand experiment is underway. As climate change threatens the earth, eight scientists, four men and four women dubbed the “Terranauts,” are to live under glass in a prototype of an off-earth colony. With humor and wit, T.C. Boyle inhabits the perspectives of the players in this survivalist game, illuminating the inherent fallibility of human nature.” (Catalogue) Origin : a novel / Brown, Dan
“In keeping with his trademark style, Dan Brown, author of The Da Vinci Code and Inferno, interweaves codes, science, religion, history, art, and architecture into this new novel. Origin thrusts Harvard symbologist Robert Langdon into the dangerous intersection of humankind’s two most enduring questions, and the earthshaking discovery that will answer them.” (Catalogue) 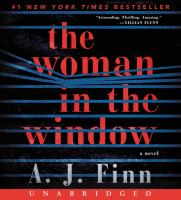 The woman in the window : a novel / Finn, A. J
“A twisty, powerful Hithcockian thriller about an agoraphobic woman who believes she witnessed a crime in a neighboring house. Finn’s white-knuckler defines the term hot debut. Its heroine, the reclusive Anna Fox, hides away in her New York apartment tippling wine, watching old movies, and looking out the window, most recently at the husband, wife, and teenage son who just moved in across the way. Then she sees-or thinks she sees-something shocking, and what follows has wracked nerves enough to merit Gone Girl/Girl on the Train comparisons. (Catalogue)