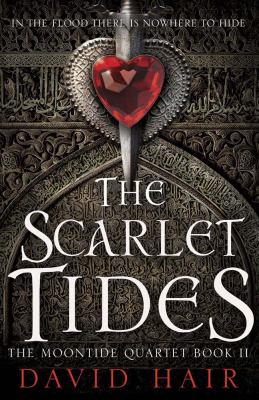 Perhaps we in New Zealand are best known for our noble and glorious celluloid contributions to the worlds of Science Fiction and Fantasy, but New Zealand also has a rich and very diverse community of Fantasy and Science Fiction writers. In this blog we aim to shine a light on just a few of those authors. Enjoy!

Dreamhunter / Knox, Elizabeth
“Set in 1906, Dreamhunter describes a world very similar to ours, except for a special place, known simply as the Place, where only a select group of people can go. These people are called Dreamhunters and they harvest dreams which are then transmitted to the general public for the purposes of entertainment, therapy – or terror and political coercion. Fifteen-year-old cousins Laura Hame and Rose tiebold both come from famous dreamhunting families, but only Laura proves to be blessed with the gift and once inside the Place she finds out what happened to her missing dreamhunter father and reveals how the government has used dreams to control an ever-growing population of convicts and political dissenters.” (Adapted from Catalogue)

Flame of Sevenwaters / Marillier, Juliet
“Going home can be the hardest thing of all… When Maeve, twenty year old daughter of Lord Sean of Sevenwaters, accompanies a skittish horse back to Erin, she must confront her demons. For Maeve carries the legacy of a childhood fire in her crippled hands. She has lived with her aunt in Britain for ten years, developing a special gift for gentling difficult animals. Then Maeve arrives home to find Sevenwaters in turmoil.” (Adapted from Catalogue)

The scarlet tides / Hair, David
“Return to Urte, a land in chaos: where the smallest choice may save or damn the world. The Moontide has come, and a scarlet tide of Rondian legions is flooding into the East, slaughtering and pillaging in the name of Emperor Constant. But the Scytale of Corineus, the source of ultimate magical power, has slipped through the emperor’s fingers. His ruthless Inquisitors are desperately seeking the artefact, before it falls into the hands of those who would bring down the Empire. But there are some who have pledged to end the cycle of war and restore peace to Urte. They are the unlikeliest of heroes: a failed mage, a gypsy and a lowly market-girl. As East and West clash more violently than ever before, Urte will discover that love, loyalty and truth can be forged into weapons as deadly as swords and magic.” (Adapted from Catalogue)

Burnt ice / Wheeler, Steve
“Humans and hybrids and strange new creatures fight for survival on Earth and across the galaxies. A superb space adventure from a fresh new voice. In our future worlds the Administration rules the Sphere of Humankind, the Games Board sanctions and funds wars and conflicts, and the Haulers’ Collective roams the space routes like the caravanners of old. Marko and his crew of fellow soldier-engineers are sent to investigate an unknown planet. When they encounter strange artefacts and an intelligent but aggressive squid species, they are forced to embark on a perilous journey far from the Sphere.” (Adapted from Catalogue)

Phoenix rising : a Ministry of Peculiar Occurrences novel / Ballantine, Pip
“These are dark days indeed in Victoria’s England. Londoners are vanishing, then reappearing, washing up as corpses on the banks of the Thames, drained of blood and bone. Yet the Ministry of Peculiar Occurrences- the Crown’s clandestine organization whose bailiwick is the strange and unsettling- will not allow its agents to investigate. Fearless and exceedingly lovely Eliza D. Braun, however, with her bulletproof corset and a disturbing fondness for dynamite, refuses to let the matter rest…and she’s prepared to drag her timorous new partner, Wellington Books, along with her into the perilous fray.” (Adapted from Catalogue)

The right hand of God / Kirkpatrick, Russell
“The conclusion of a superb feat of epic storytelling.Can the Company save their world? The Company and the Arkhimm have scattered far and wide in their quest to warn Faltha of imminent invasion by the armies of the Destroyer. They now have possession of the Jugom Ark, the flaming Arrow of legend which, it is believed, will defeat their enemy. When Leith carries the Ark into the city of Instruere, thousands of people flock to him to fight for Faltha in the coming war. But Leith is finding it difficult to accept people’s faith in him and his role as custodian of the Ark.” (Adapted from Catalogue)

Star sailors / McNaughton, James
“In the not too distant future, the effects of climate change devastate the world and New Zealand becomes a haven for elites. When a young couple from the wrong side of the tracks gain entry into Wellington’s most exclusive gated community, it appears their troubles are over. But they find themselves divided over the identity of Sam Starsailor, an alien prophet who has washed up on a beach near New Hokitika and is said to bring warnings from another planet. The couple’s housewarming party becomes an all-night carnival, and revolution gathers beyond the gate.” (Catalogue)