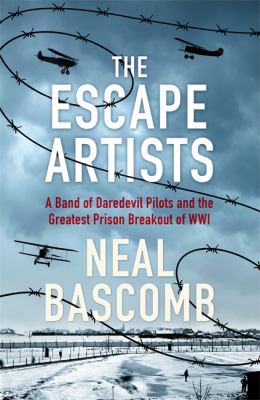 This month’s history picks contain a variety of subterfuges, rescues and escapes throughout the last century, covering both World Wars with The Escape Artists and Deposition, and the present day in Sinjar. Elsewhere Peter Biskind looks at how pop culture has influenced our political climate in The Sky is Falling, and Kate Thompson looks at the role of women in London’s East End during the World Wars in The Stepney Doorstep Society.

The sky is falling : how vampires, zombies, androids, and superheroes made America great for extremism / Peter Biskind.
“Almost everything has been invoked to account for Trump’s victory and the rise of the alt-right, from job loss to racism to demography–everything, that is, except popular culture. In The Sky Is Falling bestselling cultural journalist Peter Biskind dives headlong into two decades of popular culture–from superhero franchises such as the Dark Knight, X-Men, and the Avengers and series like The Walking Dead and Game of Thrones to thrillers like Homeland and 24–and emerges to argue that these shows are saturated with the values that are currently animating our extreme politics.” (Abridged from Syndetics summary)

Sinjar : 14 days that saved the Yazidis from Islamic State / Susan Shand.
“In Sinjar, author Susan Shand relates the tragic events of August 2014 that compelled United States President Barack Obama to redeploy the US military to Iraq. Confronted with the potential collapse of the country as well as the unfolding genocide of the Yazidi people, the United States military undertook operations to rout the Islamic State. Simultaneously, it commenced a humanitarian operation – US Army helicopters flew daily aid missions, dropping pallets of water and dehydrated food for the Yazidis who were dying in the devastating heat.” (Abridged from Syndetics summary)

The Stepney Doorstep Society / Kate Thompson.
“The unsung and remarkable stories of the women who held London’s East End together during not one, but two world wars. While the men were away at war it was strong women like Joan, Marie, Babs, Beattie and Minksy who ruled the streets of the East End. Kate Thompson tells the real stories of the war experienced by these matriarchs, a tribe of working-class women in the stinking streets, teeming tenements and sweatshops of East London. Forget church halls and jam making, these powerfully authentic stories will have you questioning what you thought you knew about wartime women.” (Abridged from Syndetics summary)

Deposition, 1940-1944 : a secret diary of life in Vichy France / Léon Werth ; edited and translated by David Ball.
“Historians agree: the diary of Léon Werth is one of the most precious–and readable–pieces of testimony ever written about life in Nazi-occupied France. Werth was a free-spirited, unclassifiable writer, the author of eleven novels, art and dance criticism, acerbic political reporting, and memorable personal essays. He was Jewish, and left Paris in June 1940 to hide out in his wife’s country house in Saint-Amour, a small village in the Jura Mountains. Deposition tells of daily life in the village, on nearby farms and towns, and finally back in Paris, where he draws the portrait of a Resistance network in his apartment and writes an eyewitness report of the insurrection that freed the city in August, 1944.” (Abridged from Syndetics summary) 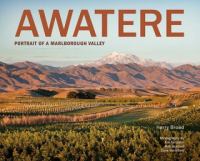 Awatere : portrait of a Marlborough valley / Harry Broad ; photography by Jim Tannock, Rob Suisted, Dave Hansford.
“The Awatere is the Marlborough river and valley south of Blenheim. It runs from Molesworth Station in the high country all the way to the sea below the township of Seddon, overlooked by Mt Tapuae-o-Uenuku, the highest peak in the Inland Kaikoura Range. This is a fascinating and extensive collection of stories that document the multi-facetted, changing face of rural New Zealand, and which explores both the people and the landscape of this area.” (Abridged from Syndetics summary)

The shoemaker and his daughter : one ordinary family’s remarkable journey from Stalin’s Soviet Union to Putin’s Russia / Conor O’Clery.
“The Shoemaker and His Daughter takes in more than eighty years of Soviet and Russian history through the prism of one family. It paints a vivid picture of a complex part of the world at a seismic moment in its history: of erratic war and uneasy peace; of blind power and its frequent abuse; of misguided ideologies and stifling bureaucracy; of the slow demise of Communism and the chaotic embrace of capitalism. Both intimate and sweeping in scale, this is a story of ordinary lives battered and shaped by extraordinary times.” (Abridged from Syndetics summary)

After the conquest. The divided realm, 1066-1135 / Teresa Cole.
“On his deathbed William the Conqueror divided his property between his three sons, Robert, William and Henry. One of them got England, one got Normandy and one £5,000 of silver. None of them was satisfied with what he received. It took much violence, treachery, sudden death and twenty years before one of them reigned supreme over all the Conqueror’s lands. Geoffrey of Monmouth, in his ‘Prophecies of Merlin’, depicted them as two dragons and a lion with a mighty roar, but which would end up the winner, and what was the fate of the losers? After the Conquest tells the story of the turbulent lives of the sons of the Conqueror.” (Syndetics summary)

The escape artists : a band of daredevil pilots and the greatest escape of the Great War / Neal Bascomb.
“When captured Royal Flying Corps pilots Captain David Gray, Captain Caspar Kennard and 2nd Lieutenant Cecil Blain had arrived at Holzminden – or ‘Hellminden’ as its occupants called it – the Germans’ highest-security prison complex had seemed impregnable. With an improvised oxygen piping system, stolen disguises and astonishing courage, this handful of the Kaiser’s 2.3 million prisoners would succeed in making their way to neutral Holland and eventually back to Britain – for a private audience at Windsor Palace. The most unlikely escape of the Great War, their derring-do became military legend and the inspiration for the subsequent great escapes of the Second World War.” (Abridged from Syndetics summary)