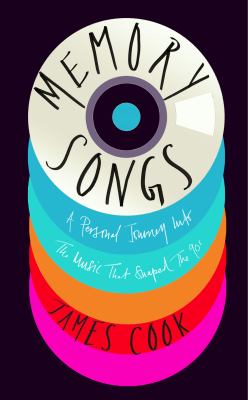 Check out some of these newly catalogued books on popular music. They include the unique studies of 60s music (You know what you could be : tuning into the 1960s) and the 90s (Memory songs : a personal journey into the music that shaped the 90s), as well as the two insightful books about Peter Gabriel.

You know what you could be : tuning into the 1960s / Mike Heron & Andrew Greig.
“This singular book offers two harmonising memoirs of music making in the 1960s. Mike Heron for the first time writes vividly of his formative years in dour, Presbyterian Edinburgh. Armed with a love of Buddy Holly, Fats Domino and Hungarian folk music, he plays in school cloakrooms, graduates to rock, discovers the joy of a folk audience, starts writing songs, wishes he was a Beatnik all while training as a reluctant accountant. These entwined stories will delight anyone who has loved the Incredible String Band; and their differing portraits of that hopeful, erratic and stubborn stumble towards the life that is ours will strike a chord with everyone.” (Syndetics summary)

Memory songs : a personal journey into the music that shaped the ’90s / James Cook.
“This is the story of a music-obsessed boy’s journey from his bedroom in Hitchin to the heart of nineties London just as Britpop is about to explode. More than a memoir, Memory Songs stands as a testament to music’s power over the imagination, the way it punctuates our past and shapes our future. Woven through with meditations on the artists who defined the UK’s last legendary scene, it delivers a passionate analysis of the music that shaped a crucial moment in British cultural history.” (Syndetics summary)

A spy in the house of loud : New York songs and stories / Chris Stamey.
“A Spy in the House of Loud vividly captures the energy that drove the music scene as arena rock gave way to punk and other new streams of electric music. Stamey tells engrossing backstories about creating in the recording studio, describing both the inspiration and the harmonic decisions behind many of his compositions, as well as providing insights into other people’s music and the process of songwriting. Photos, mixer-channel and track assignment notes, and other inside-the-studio materials illustrate the stories.” (Syndetics summary)

3 kings : Diddy, Dr. Dre, Jay Z, and hip-hop’s multibillion-dollar rise / Zack O’Malley Greenburg.
“Tracing the careers of hip-hop’s three most dynamic stars, this deeply reported history brilliantly examines the entrepreneurial genius of the first musician tycoons: Diddy, Dr. Dre, and Jay-Z. These men are the modern embodiment of the American Dream, but their stories as great thinkers and entrepreneurs have yet to be told in full. Based on a decade of reporting, and interviews with more than 100 sources, 3 Kings tells the fascinating story of the rise and rise of the three most influential musicians in America.” (Syndetics summary) 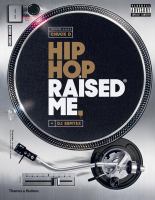 Hip hop raised me / by DJ Semtex ; foreword, Chuck D.
“Hip Hop Raised Me is the definitive volume on the essence, experience, and energy that is hip hop, and its massive and enduring impact over the last forty years. It’s packed with contact sheets, outtakes, and glory shots of artists, collectives, and fans from iconic photographers including Martha Cooper, Henry Chalfant, Eddie Otchere, Normski, Janette Beckman, Chi Modu, Nabil Elderkin, and Mark Humphrey, as well as photographs of hip-hop ephemera and vinyl courtesy of specialist collectors.” (Syndetics summary)

All gates open : the story of Can / Rob Young & Irmin Schmidt.
“All Gates Open presents the definitive story of arguably the most influential and revered avant-garde band of the late twentieth century: CAN. It consists of two books.In Book One, Rob Young gives us the full biography of a band that emerged at the vanguard of what would come to be called the Krautrock scene in late sixties Cologne. Book Two, Can Kiosk, has been assembled by Irmin Schmidt, founding member and guiding spirit of the band, as a ‘collage – a technique long associated with CAN’s approach to recording. CAN were unique, and their legacy is articulated in two books in this volume with the depth, rigour, originality, and intensity associated with the band itself. (Syndetics summary)

Siren song : my life in music / Seymour Stein with Gareth Murphy.
“Seymour Stein is America’s greatest record man. Not only has he signed and nurtured more important artists than anyone alive, over sixty years in the game, but he’s still the hippest label head, travelling the globe in search of the next big thing. Since the late fifties, Stein’s been wherever it’s happening: Billboard, Tin Pan Alley, The British Invasion, CBGB, Studio 54, Danceteria, the Rock ‘n’ Roll Hall of Fame, the CD crash. Along that winding path, Stein discovered and broke out a skyline full of stars: Madonna, The Ramones, Talking Heads, Depeche Mode, Madonna, The Smiths, The Cure, Ice-T, Lou Reed, Seal, and many others. Seymour Stein is a legend. Sung from the heart, Siren Song will etch his story in stone.” (Syndetics summary)

Without frontiers : the life and music of Peter Gabriel / Daryl Easlea.
“Peter Gabriel rose to fame as the lead vocalist and flautist of the progressive rock group Genesis. After leaving Genesis, Gabriel went on to a successful solo career. The book details his time as lead singer of Genesis from its inception until he went out on his own in 1975 as a singer-songwriter, soundtrack composer, and innovator in music videos and digital music recording and distribution. It examines how he became well known as an anti-Apartheid activist for his efforts to bring different styles of international music to the attention of the West by establishing the WOMAD (World of Music, Arts and Dance) Festival.” (Syndetics summary)

Peter Gabriel : global citizen / Paul Hegarty.
“Peter Gabriel offers nuanced and trenchant insight into this enigmatic, questing musician and his works, into an artist whose constant traveling–through identities, influences, and media–defines him as one of modern culture’s truly global citizens. At the heart of Paul Hegarty’s analysis is the idea of locatedness: what it means to be in a specific place at a given time, and to reflect on that time and the changes which inevitably occur.” (Syndetics summary)

This thing called life : Prince, race, sex, religion, and music / Joseph Vogel.
“What were Prince’s politics? What did he believe about God? And did he really forsake the subject- sex- that once made him the most subversive superstar of the Reagan era? In this illuminating, thematic biography, Joseph Vogel explores the issues that made PRince one of the late 20th century’s most unique, controversial, and fascinating artists.” (book jacket)