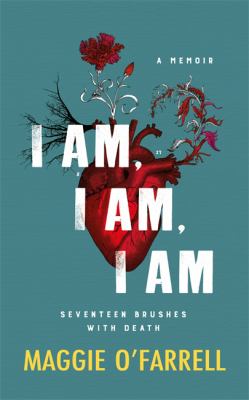 Have you ever thought about writing your memoirs? Of course you have! And you don’t need to be a famous politician or a rock star or an eccentric billionaire to do it—some of the most radical (and successful) memoirs have been written by normal-ish human beings!

But perhaps you need a bit more encouragement? Never fear, below is a list of some of the best biographies of the last few years, and while, yes, there is a celebrity or two, there are ordinary people as well, and each of them have expanded the idea of what a memoir can accomplish—and whose voices need to be heard!

The beautiful struggle : a memoir / Coates, Ta-Nehisi
“With a remarkable ability to reimagine both the lost world of his father’s generation and the terrors and wonders of his own youth in 1980’s Baltimore, Ta-Nehisi Coates offers readers a small and beautiful epic about boys trying to become men in black America and beyond.” (Catalogue)

I am, I am, I am : seventeen brushes with death / O’Farrell, Maggie
“A terrifying encounter on a remote path. A mismanaged labour in an understaffed hospital. This is a memoir with a difference: seventeen encounters with Maggie at different ages, in different locations, reveal to us a whole life in a series of tense, visceral snapshots. It is a book to make you question yourself: what would you do if your life was in danger?” (Catalogue)

Hunger : a memoir of (my) body / Gay, Roxane
“Gay, who deals fearlessly with our hardest truths in both essays (the New York Times best-selling Bad Feminist) and fiction (An Untamed State, an LJ Best Book), here addresses issues of eating and self-image, then broadens her meditation on body as she examines violence against women, starting with a terrible incident in her youth.” (Catalogue)

Driving to Treblinka : a long search for a lost father / Wichtel, Diana
“When Diana Wichtel was 13 she moved to New Zealand with her mother, sister and brother. Her father was to follow. Diana never saw him again. Many years later she sets out to discover what happened to him.” (Catalogue)

You can’t touch my hair and other things I still have to explain / Robinson, Phoebe
“A hilarious and affecting essay collection about race, gender, and pop culture from celebrated stand-up comedian and WNYC podcaster Phoebe Robinson.” (Catalogue)

Wishful drinking / Fisher, Carrie
“In her first ever memoir, Carrie Fisher takes us on an intimate, hilarious and sobering journey through her life. Adapted from the sold-out one-woman show of the same name.” (Catalogue)

The good immigrant / Shukla, Nikesh (editor)
“Bringing together 21 exciting black, Asian and minority ethnic voices emerging in Britain today, The Good Immigrant explores why immigrants come to the UK, why they stay and what it means to be ‘other’ in a country that doesn’t seem to want you – but still needs you for its diversity monitoring forms.” (Catalogue)

This is going to hurt : secret diaries of a junior doctor / Kay, Adam
“As soon as Adam Kay set foot on a hospital ward for the first time, he realized there’s quite a lot they don’t teach you at medical school. His diaries from the NHS front line – scribbled in secret after long nights, endless days and missed weekends – are hilarious, horrifying and heartbreaking by turns.” (Catalogue)