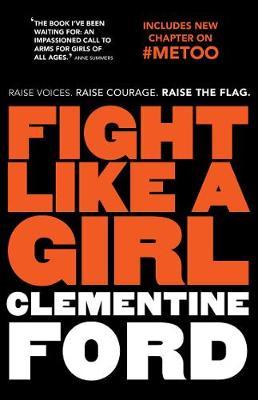 False divides / Lopesi, Lana
“Te Moana Nui a Kiwa is the great ocean continent. While it is common to understand ocean and seas as something that divides land, for those Indigenous to the Pacific or the Moana, it was traditionally a connector and an ancestor. Imperialism in the Moana, however, created false divides between islands and separated their peoples. In the late twentieth and early twenty-first centuries, these connections are becoming visible again, partly through the use of globalising technologies. In this BWB Text, Lana Lopesi argues that while colonisation created divisions across Te Moana Nui a Kiwa, the adaptability of Moana peoples is now turning the ocean back into the unifying continent that it once was.” (Catalogue)

That F word : growing up feminist in Aotearoa / Marvelly, Elizabeth
“Lizzie Marvelly tells the story of New Zealand’s feminist roots, then traverses the modern landscape, tearing apart areas of gender imbalance and pervading attitudes to Kiwi women. Lizzie speaks about her own first-hand experiences with sexism and male misconduct, while also offering advice to young girls on how to take full control of their lives…” (Catalogue (adapted))

What to read and why / Prose, Francine
“In an age defined by hyper-connectivity and constant stimulation, Francine Prose makes a compelling case for the solitary act of reading and the great enjoyment it brings. Inspiring and illuminating, What to Read and Why includes selections culled from Prose’s previous essays, reviews, and introductions, combined with new, never-before-published pieces that focus on her favorite works of fiction and nonfiction, on works by masters of the short story, and even on books by photographers like Diane Arbus…” (Catalogue (adapted))

Value of everything : making and taking in the global economy / Mazzucato, Mariana
“A scathing indictment of our current global financial system, The Value of Everything rigorously scrutinizes the way in which economic value has been accounted and reveals how economic theory has failed to clearly delineate the difference between value creation and value extraction. Mariana Mazzucato argues that the increasingly blurry distinction between the two categories has allowed certain actors in the economy to portray themselves as value creators, while in reality they are just moving around existing value or, even worse, destroying it…”-Publisher’s description.” (Catalogue (adapted))

The AI delusion / Smith, Gary
“Gary Smith argues that the real danger of artificial intelligence is not that computers are smarter than us, but that we think they are. Through many examples, Smith shows that human reasoning is fundamentally different from artificial intelligence, and it is needed more than ever. …Computers are very good at discovering patterns, but are useless in judging whether the unearthed patterns are sensible because computers do not think the way humans think…” (Catalogue (adapted))

Digital human : the fourth revolution of humanity includes everyone / Skinner, Chris
“This digitalisation of our planet is bringing about a major transformation. Everyone on the planet will soon be included in the network and everyone on the planet will get the chance to talk, trade and transact with everyone in real time. This book offers insight into a number of intriguing topics that stem from the digitalisation of humanity such as how bitcoin and cryptocurrencies are challenging government and control mechanisms and why the Chinese tech giants are more imaginative than their Western counterparts…”-Dust jacket.” (Catalogue (adapted))

Poverty safari : understanding the anger of Britain’s underclass / McGarvey, Darren
“Darren McGarvey has experienced poverty and its devastating effects first-hand. He knows why people from deprived communities all around Britain feel angry and unheard. And he wants to explain… This book takes you inside the experience of poverty to show how the pressures really feel and how hard their legacy is to overcome. Arguing that both the political left and right misunderstand poverty as it is actually lived, McGarvey sets out what everybody – including himself – could do to change things…” (Catalogue (adapted))

Emotional AI : the rise of empathic media / McStay, Andrew
“What happens when media technologies are able to interpret our feelings, emotions, moods, and intentions? In this cutting edge new book, Andrew McStay explores that very question and argues that these abilities result in a form of technological empathy. …Combining established theory with original analysis, this book will change the way students view, use and interact with new technologies. It should be required reading for students and researchers in media, communications, the social sciences and beyond.” (Catalogue (adapted))

The edge of memory : ancient stories, oral tradition and the post-glacial world / Nunn, Patrick D.
“In The Edge of Memory, Patrick Nunn explores the science in folk history. He looks at ancient tales and traditions that may be rooted in scientifically verifiable fact, and can be explored via geological evidence, such as the Biblical Flood. We all know those stories that have been told in our families for generations. The ones that start “Have I ever told you about your great, great Uncle …?” In some cultures these stories have been passed down for thousands of years, and often reveal significant information about how the surrounding environment has changed and the effect it has had on societies–from stories referring to coastal drowning to the devastation caused by meteorite falls. Geologists are now starting to corroborate the tales through study of climatic data, sediments and land forms; the evidence was there in the stories, but until recently, nobody was listening.” (Catalogue (adapted))

Plundering beauty : a history of art crime during war / Tompkins, Arthur
“The roll-call of mankind’s wars down the centuries is paralleled by an equally extensive catalogue of the theft, destruction, plundering, displacement and concealing of some of the greatest works of art. …The works of art involved have fascinating stories to tell, as civilization moves from a simple and brutal ‘winner takes it all’ attitude to the spoils of war, to contemporary understanding, and commitment to, the idea that a society’s artistic heritage truly belongs to all humankind”–Back cover.” (Catalogue (adapted))

Wolf boys : two American teenagers and Mexico’s most dangerous drug cartel / Slater, Dan
“What it like to be an employee of a global drug-trafficking organization? In the border town of Laredo, Texas, Gabriel and his friend Bart abandon promising futures for the allure of the Zetas, a drug cartel with roots in the Mexican military. Mexican-born Detective Robert Garcia has worked hard all his life and is now struggling to raise his family in America. As violence spills over the border, Detective Garcia pursuit of the boys, and their cartel leaders, puts him face to face with the urgent consequences of a war he sees as unwinnable. Slater shows the way in which the border itself is changing, disappearing, and posing new, terrifying, and yet largely unseen threats to American security.” (Catalogue)

Raising Rosie : our story of parenting an intersex child / Lohman, Eric
“When their daughter Rosie was born …intersex – a term that describes people who are born with a variety of physical characteristics that do not fit neatly into traditional conceptions about male and female bodies – Rosie’s parents were pressured to consent to normalizing surgery on Rosie, without being offered any alternatives despite their concerns. Part memoir, part guidebook, this powerful book tells the authors’ experience of refusing to have Rosie operated on and how they raised a child who is intersex. The book looks at how they spoke about the condition to friends and family, to Rosie’s teachers and caregivers, and shows how they plan on explaining it to Rosie when she is older…” (Catalogue (adapted))