Check out some of these newly catalogued vinyl in our unique collection. They include the new album by our very own Chelsea Nikkel (aka. Princess Chelsea) and the 40th anniversary edition of Bob Marley and the Wailers’ historic 1978 album Kaya. Enjoy! Princess Chelsea – The loneliest girl
“The Loneliest Girl is the third studio album by New Zealand musician Chelsea Nikkel, better known as Princess Chelsea. It examines the loneliness and ultimately the artistic satisfaction a strong work ethic can bring, the result of which is this eclectic collection of pop songs.” (adapted from realgroovy.co.nz) 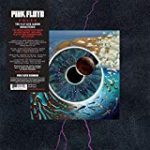 Pink Floyd – Pulse
“Pink Floyd re-release their 1995 UK Number 1 live album Pulse, pressed on heavyweight 180-gram vinyl. Pulse was compiled by James Guthrie, using various performances from the band’s 1994 Division Bell tour across the UK and Europe featuring David Gilmour, Nick Mason and Richard Wright. The album includes ‘The Dark Side of the Moon’ performed in full, as well as a whole side dedicated to the show’s encore.” (adapted from amazon.co.uk) AC/DC – Dirty deeds done dirt cheap
“Aussie fans first heard this album in 1976, but American audiences didn’t catch it until it was slightly modified and released in 1981. Any way they cut it,’Dirty Deeds Done Dirt Cheap’ was a huge hit. Written by original lead singer Bon Scott and brothers Angus & Malcolm Young, the album peaked at #4 on the Billboard Top 200 album chart in 1981.” (adapted from fishpond.co.nz)

Bob Marley – Kaya
“The Marley Family, Island Records, and UMe will collectively proclaim the sun is shining in celebration of 40 years of Kaya, Bob Marley & The Wailers’ historic March 1978 release. This most special anniversary edition will feature Stephen “Ragga” Marley’s exciting and vibrant new “Kaya 40” mixes of all ten tracks from the original album alongside its original mixes in 2LP configurations.” (adapted from amazon.co.uk) Underworld – Teatime dub encounters
“Teatime Dub Encounters is the result of a few clandestine hotel room recording sessions, that began a few weeks after Underworld and Iggy Pop had each released their last albums (Barbara Barbara, We Face A Shining Future and Post Pop Depression respectively) on the same day (March 18th 2016). It is neither historical or a tribute to past work, it is the work of artists in motion, engaged in a process that they both bring to all of their work – one that uses spontaneity as a spur for creativity.” (adapted from amazon.co.uk)