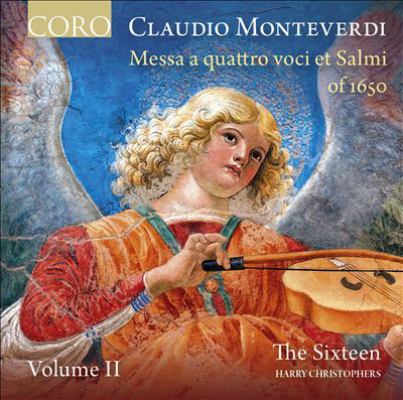 This week we’ve received a shipment of great new CDs, including some interesting composer-pairings curated by a couple of acclaimed instrumental soloists. 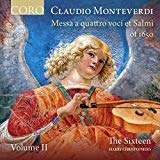 Messa a Quattro Voci et Salmi of 1650, Volume I and Volume II, Monteverdi (et. al.). Performed by The Sixteen.
“Monteverdi’s sacred vocal compositions introduced the expression of powerful and personal emotions to the world of church music. Whilst it took him a number of years to find fulfilment in his work, Monteverdi was a revered composer within his lifetime and his music is regarded as revolutionary, marking the change from the Renaissance style to that of the Baroque. [These discs comprise of] some of the finest works from Monteverdi’s years as director of music at St Mark’s in Venice, published posthumously…” (cover). 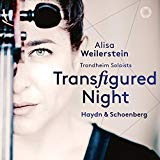 Transfigured Night, Haydn & Schoenberg. Performed by Alisa Weilerstein.
“Transfigured Night brings together two outstanding composers associated with Vienna: Joseph Haydn and Arnold Schoenberg. The former is often seen as the oldest representative of the First Viennese School, whereas the latter founded the Second Viennese School, using the classicism of his predecessors to explore new, atonal musical paths into the twentieth century. By combining Haydn’s two cello concertos (in C-major and D-major) and Schoenberg’s symphonic poem Verklärte Nacht in the 1943 edition for string orchestra this album sheds a new, fascinating light on both Viennese masters. The connection between the stylistically contrasting pieces on this album is further enhanced by the inspired playing of American cellist Alisa Weilerstein and the Trondheim Soloists. For Weilerstein, this album is not only a fascinating exploration of the rich Viennese musical heritage, but just as much a confrontation with the dark history of a city her grandparents had to flee in 1938.” (amazon.com). 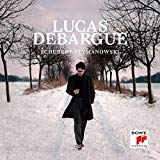 Schubert, Szymanowski. Performed by Lucas Debargue.
“Lucas Debargue’s third recording presents sonatas by Franz Schubert and polish composer Karol Szymanowski (1882 1937)… ‘Debargue is fantastically gifted: original, not tamed by any academicism, eccentric to the point of being mannered, but also thrilling as a result of his very personal tone.’ Frankfurter Allgemeine Zeitung.” (amazon.com)