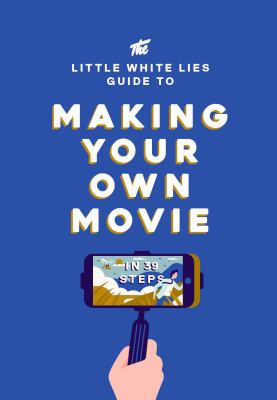 If you are interested in making a movie, check the fantastic, easy-peasy guidebooks; Making Your Own Movie and Moviemaking With Your iPhone. A variety of new books have been added to our collection on movies/TV programmes including the insightful history of Peter Jackson’s two trilogies; The Hobbit and The Lord of the Rings, and Nobody’s Girl Friday which is the first study of the successful women in Hollywood’s golden age. Check them out!

The Little White Lies guide to making your own movie in 39 steps / Matt Thrift.
“This book cuts away the jargon to offer a highly accessible, no-fuss guide to getting the best results from the kit you already own. In just 39 steps, it offers essential instructions and tips to help amateur movie-makers–filming anything from family celebrations to no-budget horror movies–make their creations look and feel more cinematic. Drawing on its vast network of professional filmmakers as well as on its unique style (with a compelling illustration language and direct, quotation-rich approach), Little White Lies presents the definitive, fun, and straightforward handbook for making films.” (Syndetics summary) 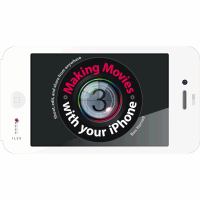 Making movies with your iPhone : shoot, edit, and share from anywhere / Ben Harvell.
“Moviemaking With Your iPhone reveals the many features that transform the iPhone from a consumer device into a pro-quality video tool. From shooting documentary footage to full-blown short films, you can not only record video and still images with the iPhone, but edit and publish them from the device as well. This book is the ultimate guide to the best techniques, apps, and accessories that make professional movie creation a possibility using only the phone in your pocket.” (adapted from amazon.co.uk)

Anything you can imagine : Peter Jackson and the making of Middle-Earth / Ian Nathan.
“The definitive history of Peter Jackson’s Middle-earth saga, Anything You Can Imagine takes us on a cinematic journey across all six films, featuring brand-new interviews with Peter, his cast & crew. From the early days of daring to dream it could be done, through the highs and lows of making the films, to fan adoration and, finally, Oscar glory. Enriched with brand-new interviews with Jackson, his fellow filmmakers and many of the films’ stars, Ian Nathan’s mesmerising narrative whisks us to Middle-earth, to gaze over the shoulder of the director as he creates the impossible, the unforgettable, and proves that film-making really is ‘anything you can imagine’.” (Syndetics summary)

Carrie Fisher & Debbie Reynolds : Princess Leia & Unsinkable Tammy in Hell / Darwin Porter & Danforth Prince.
“Were the greatest mother-daughter act in the history of show business. Each became a world-class symbol of the social and cinematic tastes that prevailed during their heydays in Hollywood. Now, for the first time, fans of Princess Leia and Unsinkable Tammy can read about the combative but ferociously loyal relationship of the “boop-boopa-doop” girl with her inter-galactic daughter, and the iron-willed strength each of them demonstrated during their battles to survive.” (Syndetics summary)

Nobody’s girl Friday : the women who ran Hollywood / J.E. Smyth.
“The first comprehensive history of Hollywood’s high-flying career women during the studio era, Nobody’s Girl Friday covers the impact of the executives, producers, editors, writers, agents, designers, directors, and actresses who shaped Hollywood film production and style, led their unions, climbed to the top during the war, and fought the blacklist. Based on a decade of archival research, author J.E. Smyth uncovers a formidable generation working within the American film industry and brings their voices back into the history of Hollywood.” (Syndetics summary)

Sex and the city and us : how four single women changed the way we think, live, and love / Jennifer Keishin Armstrong.
“By the bestselling author of Seinfeldia, a fascinating retrospective of the iconic and award-winning television series, Sex and the City, to coincide with the show’s twentieth anniversary. Featuring exclusive new interviews with the cast and writers, including star Sarah Jessica Parker, creator Darren Star, executive producer Michael Patrick King, and author Candace Bushnell, Sex and the City and Us brings us a both a critical and nostalgic, behind-the-scenes look at a television series that changed the way women see themselves.” (Syndetics summary)

Historians on Hamilton : how a blockbuster musical is restaging America’s past / edited by Renee C. Romano and Claire Bond Potter.
“America has gone Hamilton crazy. Lin-Manuel Miranda’s Tony-winning musical has spawned sold-out performances, a triple platinum cast album, and a score so catchy that it is being used to teach U.S. history in classrooms across the country. But just how historically accurate is Hamilton? And how is the show itself making history? Historians on Hamilton brings together a collection of top scholars to explain the Hamilton phenomenon and explore what it might mean for our understanding of America’s history.” (Syndetics summary)

Hooked on Hollywood : discoveries from a lifetime of film fandom / Leonard Maltin.
“Leonard Maltin is America’s best-known film historian, film reviewer, and author of books that have sold more than 7 million copies. He remains a thought leader on past and present Hollywood through his website www.leonardmaltin.com, and a social media presence that includes an active Facebook page and a Twitter feed with more than 66,000 followers. In Hooked on Hollywood , Maltin opens up his personal archive to take readers on a fascinating journey through film history. Leonard Maltin’s love of movies and vast knowledge about their history shines through from the first page to the last in this unique volume, which includes 150 rare photos and a comprehensive index.” (Syndetics summary)